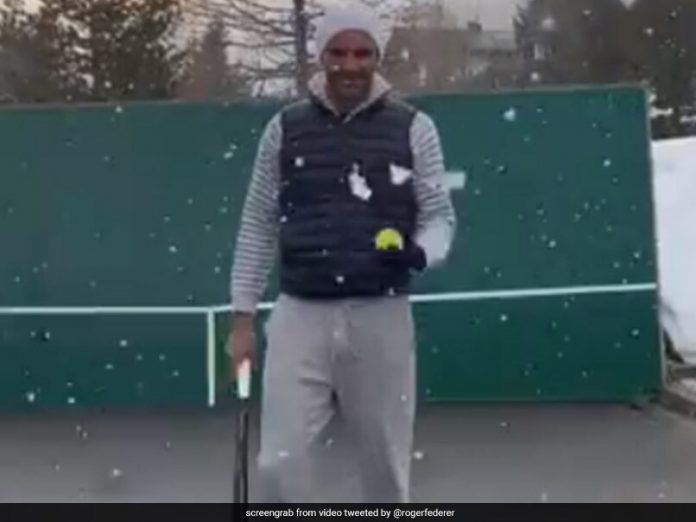 Roger Federer, much like other sports personalities from across the globe, is practicing social distancing as the world battles the coronavirus pandemic. However, the Swiss tennis star has found a way to keep himself busy by practicing “trick shots”. In a minute-long video shared by Roger Federer on Twitter, he captioned the post “Making sure I still remember how to hit trick shots #TennisAtHome”. Earlier in the month, Roger Federer alongside his wife Mirka had pledged a sum of $1 million dollars in the fight against the coronavirus pandemic.

Making sure I still remember how to hit trick shots #TennisAtHome pic.twitter.com/DKDKQTaluY

This year, many sporting events have been postponed as the world battles against the coronavirus pandemic. The French Open, which was earlier scheduled to take place from May 4 till June 7, will now take place from September 20 till October 4 later in the year.

It is being speculated that Wimbledon could also get cancelled as the cases in the United Kingdom rise.

Many sports personalities from around the world have come forward and made donations to help their countries in the fight against COVID-19. Tennis fans from across the globe will have to wait for a while before they see them back in action.