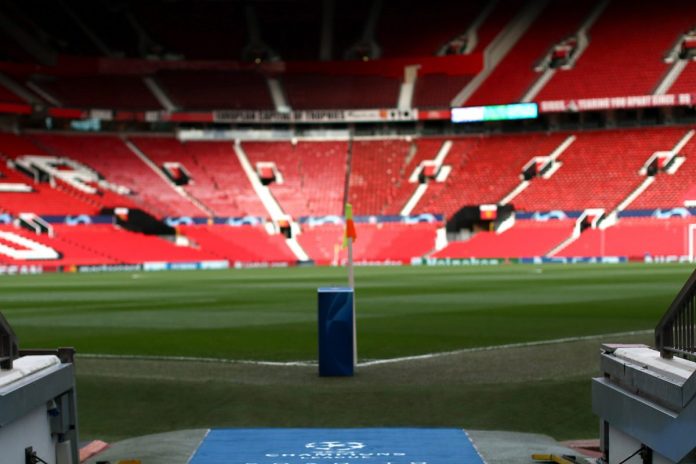 CRUNCH Premier League football fixtures and other sporting showpieces are in danger of being wiped out by coronavirus.

Manchester United’s derby clash with Manchester City at Old Trafford on March 8 could be among the games hit if the health emergency escalates.

And experts warn that desperate moves to contain the Covid-19 outbreak could decimate all sport across the UK for months.

Clubs yesterday began taking their own precautions to protect star players from infection.

Tottenham’s injured South Korean ace Son Heung-min, 27, has been forced to self-isolate for two weeks after returning from his home country, where hundreds of cases have erupted.

Last night the outbreak was casting a shadow over horse racing’s historic Cheltenham Festival, which begins in 11 days time.

Organisers insist it is “full steam ahead” for the four-day meeting.

But the odds of racing not taking place on the first day were a mere 2/1 last night.

Cheltenham expects 250,000 spectators to attend the festival and the event in Gloucestershire will not take place without them.

Rugby has already been hit by the postponement of next week’s Six Nations clash between Ireland and virus-plagued Italy.

England’s football friendly against Italy at Wembley on Friday March 27 is still officially on — though it is subject to review.

The Chinese Formula One Grand Prix scheduled for April 19 has been postponed, while other races are in doubt.

An F1 spokesman said there were no plans “at the moment” to postpone further races, which include the Vietnam GP on April 5.

The Sun told yesterday how some of Britain’s and the world’s biggest gatherings this year are at risk.

They include the Grand National and London Marathon, both in April; the FA Cup Final in May; the Euro 2020 football tournament in June and July and the Olympics in Tokyo in July and August.

The torch relay — due to start on March 26 — which leads up to the Games is being scaled back.

International Olympic Committee chief Dick Pound said organisers would “reluctantly” have to cancel sport’s greatest show on earth if the coronavirus was declared a serious pandemic.

Summer music festivals — including Glastonbury at the end of June — could also be axed if the killer flu crisis gets worse.

Health sources said no serious threat is posed to this weekend’s sporting events but added “that situation could change overnight”.

The Premier League said yesterday it had no plans to ban pre-match handshakes in a bid to tackle the passing of the virus.

But West Ham boss David Moyes ordered his own handshake ban to reduce the risk of infection — suggesting fist-bumps instead and use of anti-bacterial hand gel.

Newcastle United players, who include Andy Carroll and Jonjo Shelvey, have scrapped their daily ritual of shaking hands with each other because of coronavirus.

Manager Steve Bruce said: “There’s a ritual here that everybody shakes hands with everybody as soon as we see each other every morning —– we’ve stopped that on the advice of the doctor.

“We have a superb doctor here and he’ll keep us informed. We’re all glued to the TV and let’s hope it doesn’t get any worse in this country. We are mindful of a bug sweeping through. It’s always something you are looking at.”

The move was revealed as United’s players and staff prepared for tomorrow’s visit of Burnley.

It followed guidance from experts that the spread of the disease can be prevented by everybody washing their hands throughly.

The virus has already led to the axing of Serie A fixtures in Italy where infections have rocketed.

Further chaos looks certain if their government steps in to cancel all sporting events in the country for up to two months.

A full shutdown is reportedly being mooted. Football body Uefa said yesterday that Euro 2020 is still scheduled to kick off in Rome on June 12 but could be subject to changes or even be postponed.

Its bosses confirmed they were in talks with European government ministers about the threat posed by thousands of fans flying to games across the continent.

The Swiss football league has called off all of its matches this weekend.

Its government banned large events expected to draw more than 1,000 people as a measure to curb the epidemic.

The country has 15 confirmed cases — fewer than Britain.

A similar government move in the UK could hit all football here.

Virus-hit Japan’s professional J League is postponing all its football matches for three weeks to contain its outbreak.
A total of 94 games in three divisions have been hit by the decision.

Those unable to play matches could find themselves in breach of vital TV deals worth millions.

Coronavirus Outbreak: What could happen if it hit the NYC Subway System? 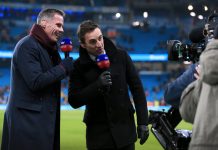 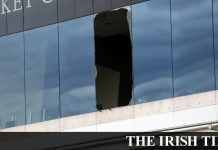 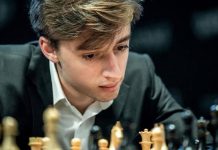