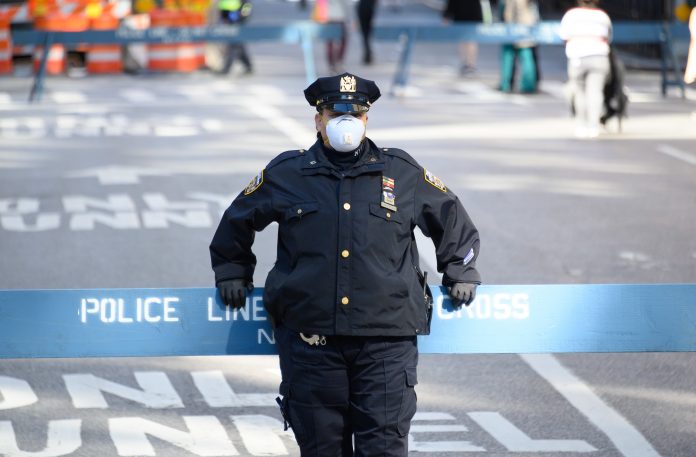 This is CNBC’s 24-hour blog covering all the latest news on the coronavirus outbreak. All times below are in Eastern time. This live blog will be updated throughout the day as the news breaks.

All data above is provided by Johns Hopkins University.

Nurses battling New York’s coronavirus outbreak made anguished pleas for more protective equipment, saying officials’ claims of adequate supplies are falling short of reality. At a news conference outside city-run Jacobi Hospital, nurses called for more masks and other gear to safeguard themselves against the virus that has so far sickened more than 44,000 people and killed over 500 in New York state, mostly in the city.

At least one health care worker, Mount Sinai West assistant nursing manager Kious Kelly, 36, has died of the virus. Others also have fallen ill around the metropolitan region. Jacobi nurses said managers at the Bronx hospital have been rationing protective equipment, making them unable to change out the high-end particle-filtering masks known as N95s as often as they should.

City officials have insisted there’s enough protective equipment for roughly the next week, though they’re worried for the weeks after. Mayor Bill de Blasio said the city delivered 200,000 N95 masks to hospitals Friday, with 800,000 more to come Saturday, along with loads of less-protective surgical masks and other gear. —Associated Press

11:09 am: US, Italy, and China continue to have highest number of cases worldwide

Single New York millennials have started doing blind, speed dates over video calls as a way to maintain their dating lives amid the stay-at-home order put in place due to the coronavirus.

Each date takes place via a FaceTime or WhatsApp video call, and daters have just 15 minutes with their match before the date is over. —Salvador Rodriguez

Russia will close its borders starting on March 30 in a bid to curb the spread of the coronavirus, a government order published on Saturday said. The measure will come into force at all vehicle, rail and pedestrian checkpoints, and apply to Russia’s maritime borders, the government said. It will not apply to Russian diplomats and the drivers of freight trucks, among others. The country, which has already grounded all international flights, has reported 1,264 coronavirus cases. —Reuters

Military vehicles cross Westminster Bridge after members of the 101 Logistic Brigade delivered a consignment of medical masks to St Thomas’ hospital on March 24, 2020 in London, England.

Britain said 1,019 people had died after testing positive for coronavirus by 1700 GMT on Friday, a rise of 260 on the total 24 hours earlier.

The number of people testing positive for the virus was 17,089 as of 0900 GMT on Saturday, compared with an officially corrected number of 14,543 on Friday. —Reuters

Ireland’s banks are processing more than 28,000 mortgage breaks for customers whose incomes have been impacted by the coronavirus outbreak, the head of the lenders’ representative body said.

“From late last night, 28,000 breaks had been given or were in the process of being given. That’s an extraordinarily large number,” Banking & Payments Federation Ireland CEO Brian Hayes told national broadcaster RTE. Ireland’s five retail banks agreed last week to implement a loan repayment break of up to three months for those affected.

Hayes said the 7,000 average inquiries a day since then had fallen slightly after the government announced this week that it would pay 70% of income for impacted workers. —Reuters

10:16 am: Trump pushes back on congressional oversight for $500 billion bailout fund

President Donald Trump on Friday wrote in a signing statement accompanying the $2 trillion stimulus bill that he believes the inspector general overseeing a $500 billion relief fund for businesses will not have as much regulatory power as Democrats had sought.

Trump said in a signing statement accompanying the bill that he believes the Inspector General who will oversee that fund will need his permission for certain parts over its regulatory authority.

“The president’s statement is indicative of the difference between Democrats and Republicans when it came to this bill,” House Speaker Nancy Pelosi told MSNBC’s Rachel Maddow on Friday about the language.

“It’s not a surprise to anyone,” she said of Trump’s signing language. “But Congress will exercise its oversight — and we will have our panel appointed by the House to, in real-time, make sure we know where those funds are being expended.” —Lauren Hirsch

10:12 am: ‘Officers are scared out there’ — Coronavirus slams US police

A view of police officers wearing mask in front of Target Department Store amid the coronavirus (COVID-19) outbreak on March 24, 2020 in New York City.

An increasing number of police departments around the country are watching their ranks get sick as the number of coronavirus cases explodes across the U.S. The growing tally raises questions about how laws can and should be enforced during the pandemic, and about how departments will hold up as the virus spreads among those whose work puts them at increased risk of infection.

“I don’t think it’s too far to say that officers are scared out there,” said Sgt. Manny Ramirez, president of Fort Worth Police Officers Association.

Nearly 690 officers and civilian employees at police departments and sheriff’s offices around the country have tested positive for COVID-19, according to an Associated Press survey this week of over 40 law enforcement agencies, mostly in major cities. The number of those in isolation as they await test results is far higher in many places. —Associated Press

The coronavirus pandemic has sent U.S. farmers into a panic after it further drove down crop and livestock prices and raised concerns about labor shortages on farms.

Farm trade groups are lobbying the Trump administration to give financial aid for farmers enduring price drops, as well as timely visas for seasonal workers from Mexico who will pick crops on U.S. farms this year.

“We were hoping for something good this year, but this virus has stopped all our markets,” said Iowa farmer Robb Ewoldt. —Emma Newburger

9:54 am: Quarantines lead to a massive drop in air pollution

As coronavirus quickly spreads around the world, it’s forcing people to stay put, and wreaking havoc on the economy. Millions are either out of a job or working from home. Factories are shuttering, and with mandates to stay inside becoming the new norm, people aren’t driving or flying.

All this has led to an enormous decline in air pollution, which kills a total of 4.2 million people every year, and over 1 million in China alone. The last two months have seen a huge uptick in air quality, especially in hard-hit areas like Wuhan and Northern Italy, as well as a number of metropolitan areas throughout the U.S.

While experts caution against viewing these numbers as a cost-benefit calculation around pandemics, some climate scientists hope that they will help shed a light on the massive environmental impact of our everyday habits and economic activities, potentially leading to some positive change after the crisis subsides. —Katie Brigham

A sign hangs above the entrance to a Bank of America branch in Chicago, Illinois.

Bank of America is one of many financial institutions that have reached out to customers to help provide relief in the event of hardship caused by the coronavirus outbreak. But social media has been flooded recently with complaints from customers who say that when they reached out to their banks for help, they found the “relief” was not what they expected.

For its part, Bank of America told CNBC Make It that each client situation is unique, and it’s handling requests on a case-by-case basis. —Megan Leonhardt

The latest information brought total infections in the Philippines to 1,075 and deaths to 68, the health ministry said, adding that four patients have recovered, bringing the total to 35. —Reuters

9:27 am: Japan Prime Minister Abe says his country is at a critical stage

Japanese Prime Minister Shinzo Abe said the country is at a critical stage in dealing with coronavirus infections but not at a point to declare a state of emergency. He said Japan has managed to keep clusters under control by carefully following infection routes. But the initial strategy is now having difficulty, with a rise of infections that are no longer traceable — an early sign of infection explosion.

Abe said once there is infection overshoot, “our strategy of slowing down the peak of the infections will instantly fall apart.” He added, “under the current situation, we are just barely holding up. But I understand we are standing on the edge.”

Abe convened a taskforce Thursday, the day after Tokyo Gov. Yuriko Koike made a stay-at-home request to its 14 million residents after seeing a spike in the number of new cases of the COVID-19 to 41. —Associated Press

9:16 am: How the United States fell dangerously behind in testing

Medical personnel from Riverside (CA) University Health Systems hospitals administer a Coronavirus Test to an individual during drive-through testing in the parking lot of Diamond Stadium.

The deadly coronavirus pandemic has stopped the world in its tracks, and exposed a weak spot in U.S. preparedness for a public health emergency.

Experts say aggressive diagnostic testing is essential in order to learn where and how an epidemic spreads. But in the critical first weeks of the outbreak in the U.S., one problem after another prevented doctors, clinics and labs around the country from testing enough people.

Patients in America were being sent home as hospitals limited their use of tests to conserve supply, while other countries like South Korea found a way to test hundreds of thousands of people quickly.

Now, the U.S. is months behind in understanding the true scope of the virus. Testing capacity is finally ramping up, but is it too late? —Arielle Berger, Jordan Smith

9:14 am: Getting married in the age of coronavirus

Thousands of Americans have had to cancel their weddings as states made the decision to limit group gatherings and the world has shifted to social distancing as a way of life. Couples around the country are considering options around canceling or postponing weddings because of quarantines.

The postponements and cancellations have rocked the wedding industry, causing layoffs and a backlogged 2021 season. Some couples still want to plan celebrations on their wedding date and have turned to Zoom to celebrate with friends. —Alex Sherman

9:09 am: India plans to turn some idled trains into isolation wards

India said it was planning to turn some railway coaches into isolation wards for patients with coronavirus, as authorities scramble to prepare the country’s health infrastructure for an expected surge in cases.

Prime Minister Narendra Modi asked the country’s 1.3 billion people this week to stay indoors for three weeks in the world’s biggest lockdown, seeking to curb the spread of the illness.

India’s network of trains, the country’s lifeblood, has been idled. One train coach has been turned into a prototype quarantine facility, state-owned Indian Railways said in a statement on Saturday. Once they get clearance, the plan is for each of India’s railway zones to convert 10 coaches into such wards every week, the company added. Indian Railways has 16 zones, according to its website. —Reuters