Health officials in the US have identified four “presumptive” coronavirus cases believed to have been infected within the country, in a turning point in efforts to contain Covid-19 there, Reuters is reporting.

Three new cases of apparent community transmission, plus the one identified earlier this week in California, are a sign the virus is now spreading within at least four separate locations up and down the US west coast.

They span nearly 900 miles, from California’s Silicon Valley region to the Puget Sound near Seattle.

The agency reported a U.S. Centre for Disease Control and Prevention (CDC) statement on Friday citing three new diagnoses – one each in California, Oregon and Washington state.

If confirmed by the CDC, together with a previous case of unknown origin announced on Wednesday in California, that would bring to four the number of diagnosed individuals in the United States with no history of travel to a country where the virus is circulating and no close contact with a person known to be infected.

The three latest patients were diagnosed based on results obtained in their respective states from CDC-supplied test kits and are considered “presumptive positive” cases pending CDC confirmatory testing, the U.S. agency said.

A fourth presumptive positive was also announced in Washington state on Friday, but that one is “likely travel-related,” the CDC said.

Hello, this is Damien Gayle in London, taking the reins of the live blog. As usual, as well as contributions from the Guardian’s network of correspondents, the news wires and social media, I will be relying on your input to help report the global developments in the Covid-19 coronavirus outbreak. If you have any information, ideas or questions, then contact me at damien.gayle@theguardian.com or via my Twitter profile @damiengayle.

You can read a wrap of these developments here.

Some Australians have begun stockpiling food and medication in anticipation of a coronavirus outbreak.

Gary Nunn reports that the threat of a pandemic, coming so soon after a horrific summer of bushfires that left many communities cut off for weeks, has made preppers out of people who would previously have laughed at the idea.

One Sydney couple have already gathered three months worth of supplies.

But experts say it is not necessary. Professor Nigel McMillan, the director of infectious diseases and immunology at the Menzies Health Institute at Griffith University in Queensland, says:

There’s no need to stockpile food, medicine, petrol or anything at this stage.

We don’t wish to induce panic buying when, for 95 to 99% of the population, this’ll be a mild cold, nothing more. Plus, once we’ve had this strain, we’ll become immune to it.

You can read the full piece here.

Theme parks and sports stadiums in Japan have been closed to prevent the spread of coronavirus.

The Australian government has issued a statement on the travel ban to Iran, saying it is “part of our ongoing strategy of containment and minimising risk to the Australian community as detailed in our pandemic preparedness plan.”

The United States has updated its travel advice for Iran and Italy, warning people to “avoid nonessential travel” due to the increased spread of coronavirus.

It comes as Australia placed a travel ban on Iran, putting it on the same restrictions as China.

“Avoid nonessential travel” is a level three warning. China and South Korea were already under the same warning.

The ratings for Italy and Iran were updated by the CDC on Friday. The upgraded travel advice for Italy in particular is expected to have implications for businesses that have policies against allowing staff to travel to countries with a level three warning in place.

There is no additional travel warning for Hong Kong, and Japan currently sits at a level two, which means travellers are advised to practice “enhanced precautions.”

Health officials in the US are reportedly worried that the novel coronavirus is spreading through communities on the west coast, after three patients — one in Oregon, one in California and one in Washington — were infected through unknown means.

This report from Associated Press.

None of the patients had recently travelled overseas or had any known close contact with a traveller or an infected person, authorities said.

The new coronavirus cases of unknown origin marks an escalation of the worldwide outbreak in the U.S. because it means the virus could spread beyond the reach of preventative measures like quarantines, though state health officials said that was inevitable and that the risk of widespread transmission remains low.

California public health officials on Friday said more than 9,380 people are self-monitoring after arriving on commercial flights from China through Los Angeles and San Francisco. That’s up from the 8,400 that Gov. Gavin Newsom cited on Thursday, though officials said the number increases daily as more flights arrive.

Officials are not too worried, for now, about casual contact, because federal officials think the coronavirus is spread only through “close contact, being within six feet of somebody for what they’re calling a prolonged period of time,” said Dr. James Watt, interim state epidemiologist at the California Department of Public Health.

The virus can cause fever, coughing, wheezing and pneumonia. Health officials think it spreads mainly from droplets when an infected person coughs or sneezes, similar to how the flu spreads.

Cherry blossom festivals in Japan have been cancelled due to fears around the coronavirus.

The traditional spring celebrations in Tokyo and Osaka, which attract millions of people wanting to seeing the white and pink flowers, will not go ahead as planned in April.

“We are sincerely sorry for those who were looking forward to the viewing … but please give us your understanding,” the Japan Mint in Osaka said Friday.

Other cherry blossom events – feverishly anticipated by locals and tourists – are likely to follow suit, according to local media.

Trees in Tokyo will soon be in full bloom, with friends, families and colleagues typically flocking to parks for sometimes raucous, alcohol-fuelled celebrations.

The cancellations come as authorities step up efforts to tackle the outbreak in Japan, which has reported more than 230 infections and five deaths.

Schools are closed and the government is urging people to work from home or commute during off-peak hours and avoid large gatherings.

The operator of Tokyo’s two Disney resorts – Disneyland and DisneySea – said Friday the parks would be closed for around two weeks due to the virus.

Universal Studios Japan in Osaka has also shuttered for a fortnight.

Tiger Ye, a 21-year-old student in Wuhan, contracted the novel coronavirus. He wrote about the experience in The Guardian.


By 26 January getting up had become extremely difficult and I was shivering with cold. I felt I was having a high fever, and I was: 39C. Reports later said that the situation could develop extremely fast in the middle stage, but before I knew it, by that evening the fever was gone. It felt like having been to hell and back. That period from 21 January to the 26th was the worst time. I coughed so bad my stomach was hurting and my back ached. Those were some of the worst days in my life.

You can read the full story here: 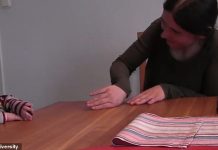 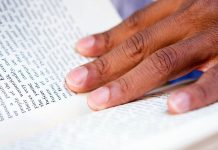 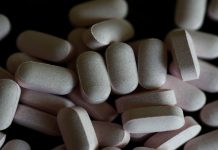 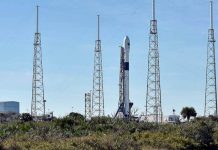 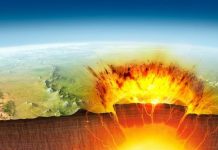 Yellowstone volcano: National park rocked by more than 200 earthquakes – will it erupt? 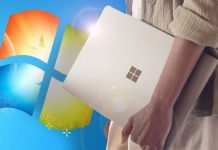 Windows 10: Your PC could get its biggest update of the year THIS WEEK – Express 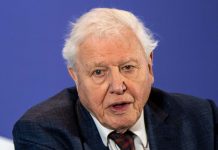 Coronavirus breakthrough as patients stop being infectious after two weeks 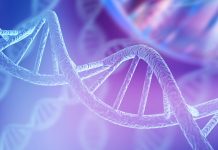