In other news, China has stopped buying Australian cotton.

Australian cotton growers could be the latest victims of increasingly bitter trade tensions with China.

Chinese spinning mills have been told to stop buying Australian cotton and the industry could soon face tariffs of up to 40%.

Australia sells about $800m worth of cotton to China each year and industry groups are disappointed by the changes in export conditions.

Cotton Australia and the Cotton Shippers Association are working with the federal government to investigate what is going on.

“The Australian cotton industry will continue having meaningful conversations with stakeholders to fully understand this situation,” they said in a joint statement on Friday.

“We will continue working with the Australian government to respectfully and meaningfully engage with China to find a resolution.”

“Our cotton exporters have worked hard to win contracts and establish themselves as reliable suppliers of high quality cotton in the Chinese market, which is an important input for many Chinese businesses,” he told AAP.

“China should rule out any use of discriminatory actions against Australian cotton producers.

“Impeding the ability of producers to compete on a level playing field could constitute a potential breach of China’s international undertakings, which would be taken very seriously by Australia.”

China has targeted Australian beef, barley and wine in recent months and has reportedly enforced a go-slow on importing coking and thermal coal.

Home affairs minister Peter Dutton said the government was working closely with the cotton industry to ensure exports could make it to market.

This is the lowest daily case total in Victoria since early June.

Do you remember June? It was that time 40 years ago when we could go to the pub in small distanced groups and have holidays in regional Victoria.

It is very important not to get over-excited about daily numbers, knowing that what counts is the 14-day average and also knowing that many of those thousands of tests taken in Shepparton are yet to return a result.

If you live in Melbourne and decided to have a bit of a morning celebration I would not blame you at all. I might even encourage it.

Victoria has recorded just two new cases of Covid-19 in the past 24-hours, and no lives lost.

I can’t remember last time we had such a low daily figure.

The rolling 14-day average in Melbourne is now 8.7.

More worryingly, there are 17 cases with an unknown source in the past two weeks.

Sticking in Victoria for now, we are two days away from the much anticipated and extremely vague announcement of easing of restrictions.

If we were adhering to the roadmap released last month, that would mean that the two-hour exercise limit was lifted, there would be no set reason required to leave home, no limit on the distance you could travel, and you could have up to five visitors from another nominated household in your home. It would also mean outdoor gatherings of up to 10 people were permitted and a whole host of businesses – hairdressers, hospitality for outdoor dining, non-contact sports, etc – would be able to operate under a Covid-safe plan.

That is only slated to happen if the rolling 14-day average was five or fewer cases per day. It’s currently hovering just under 10.

So what we are instead expecting on Sunday is a kind of partial easing of restrictions. A few treats for a city that will, by Sunday, have been under some degree of stay-at-home orders for 101 days. It’s anticipated that could mean changes to the rule which prevents Melburnians from travelling more than 5km from home without a permit.

The deputy chief health officer, Prof Allen Cheng, said his office has modelled a variety of different options – a 10km bubble, a 20km bubble – but didn’t say what might change.

The federal government has been urging Victoria to have faith in its contact tracing system, which is currently meeting federal benchmarks, to be able to keep a lid on any outbreaks in a city outside lockdown. It’s not clear whether Victorian premier Daniel Andrews and the Victorian public health team share that faith.

Nationals MP Damian Drum has been on Radio National talking to Hamish McDonald about the Shepparton outbreak.

Drum’s federal seat of Nicholls, named for Sir Doug, stretches from the Mitchell shire just north of Melbourne all the way to the Murray River. So both the Shepparton cases and the Kilmore outbreak are in his patch.

There are still just three confirmed cases in Shepparton, but thousands of people are awaiting test results and health authorities have said they expect the virus will have spread.


We are staring at a disaster but at the moment we may have averted it. It’s still stuck at three … it feels like we have dodged an enormous bullet. But we know those numbers can change.

Drum said the Victorian government should have had outbreak strike teams standing by ready to send in and rapidly respond to an outbreak like this in regional Victoria. He agreed with McDonald that the Melbourne-based truck driver believed to have spread the virus to both Kilmore and Shepparton should not have been able to do so, and should not have failed to disclose his visit to Shepparton to contact tracers, but is not crying over spilt milk.


We can sit around all day and wonder about why it happened and should it have happened and, obviously it should not have. But we can also have this genuine conversation into the future about if you test positive to the virus and you sit down with contact tracers… my belief is you should hand over your phone and people should be able to check your location services just to see where you have been. A whole heap of people are going to be screaming and saying ‘my privacy rights’. I think the health of a community should be more important than your privacy rights.

Drum said that the alleged “ring of steel,” which is what police have called the barrier around Melbourne which is supposed to prevent unauthorised travel to regional areas, was “a ring of marshmallow, it hasn’t stopped anybody that wants to get out”.

When I travelled to Beechworth on a permitted worker permit to write this story, the day the $5,000 fines for breaching the “ring of steel” was announced, the checkpoint at the Hume Highway was unmanned. Just a bit of anecdata for you.


People just get waved through, they don’t work through the evenings, there’s no rock solid border around Melbourne keeping people in Melbourne. I have nearly given up on that one because the premier is just not going to act with a hard permit system, he is just not.

Small restaurants and cafes in New South Wales will have a bit of relief from today, with an easing of density rules for outdoor dining.

Hospitality venues are required to keep to a rule of no more than one customer per four squares of floorspace, which significantly limited the maximum capacity for small venues. From today, venues can double their available outdoor dining space and adhere to a two-square metre rule, provided they use QR codes to keep an electronic record of everyone who dined there.

The four square metre rule will continue to apply to indoor dining.

The eased restrictions also allow for up to 500 people to attend an open-air concert – 500 people! at once! – provided they stay seated and remain four metres apart.

The first international tourists to Australia in six months will touch down today, with three flights from New Zealand arriving as part of the new trans-Tasman travel bubble.

People who have spent the past 14-days in New Zealand are now able to travel to New South Wales, the ACT, and the Northern Territory without having to undergo quarantine upon arrival. However they will have to quarantine for two weeks on return to New Zealand. Prime minister Scott Morrison flagged yesterday that if the trans-Tasman file works, he is in early talks to consider expanding it to other nations that have been successful in controlling the coronavirus including Japan, Singapore, and South Korea.

Speaking of Morrison, he is still stuck in Queensland. His RAAF plane was grounded due to “technical problems”. Because of this, the national cabinet meeting scheduled for today has been postponed.

Premiers and chief ministers now phone in to national cabinet via secure video conference, and I am reasonably sure Queensland has the internet. But, for some reason, the PM won’t be zooming in.

It would have been the first national cabinet meeting in a month, and the first since the federal budget was released. On the agenda was the proposed expansion of the Howard Springs quarantine facility in the NT, which would allow Australia to increase its returned traveller caps and underwrite further repatriation flights.

Meanwhile, thousands of people in Shepparton are awaiting the results of their test for Covid-19, and hundreds more are still expected to present for testing. More than 400 contacts of three people who tested positive to Covid-19 in the northern Victorian town this week are already undergoing 14-day self-isolation. The virus has been in the community, undetected, for two weeks. And as Matilda Boseley reports, Shepparton is particularly vulnerable to an outbreak. 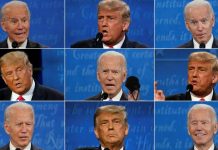 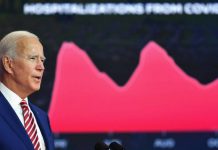 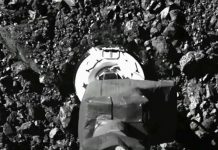 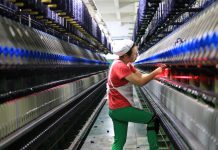 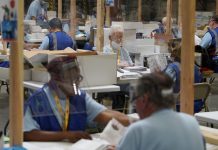 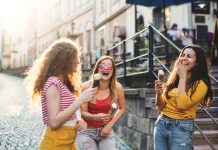 Why optimism could be unhelpful in a pandemic, according to behavioral psychologists 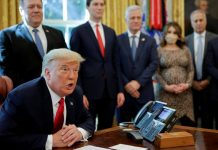