It was Sassuolo who applied the final lick of paint to Antonio Conte’s masterpiece. The Internazionale manager had warned for weeks against presumption, insisting his team were not champions yet even as they pulled away at the top of Serie A. “We hope to finish what we started this season,” he said. “That would truly be a work of art.”

A 2-0 win at Crotone on Saturday moved Inter to within a point of the Scudetto. The scenes in the changing room felt like a title celebration, as players bounced on benches and sang terrace chants about the league leader pulling away. Mathematically, though, it was not over yet. If second-placed Atalanta beat Sassuolo, they could stay in touch for one more week.

They didn’t. An entertaining, tetchy, game ended 1-1, with both teams down to 10 men and Luis Muriel missing a late spot-kick. As the final whistle went in Reggio Emilia, the streets of Milan became a cacophony of honking car horns. Inter fans spilled out on to the streets, thousands gathering in defiance of social-distancing laws to celebrate a first league title in more than a decade.

Romelu Lukaku went out to join them, climbing through the sunroof of his car, twirling his shirt around his head and bellowing “campeones” as he embarked on a lap of the city. The striker was made into a literal work of art last week, pictured celebrating with arms raised on a new mural close to the Hippodrome. “Dear Milan,” read the accompanying slogan, “you’re welcome.”

It is natural that Lukaku should become a symbol of this triumph: a man who leads the team with 21 goals and 10 assists. Even those numbers do not fully reflect his impact: the way he has imposed himself on Serie A defenders and led by example, appearing at times to drag teammates up the pitch through sheer force of will. Inter have won only one of the four league games they started this season without him.

He is a player who embodies the transformation that has occurred under Conte. Lukaku, for all his abundant talent, had not claimed a major piece of silverware since lifting the FA Cup at Chelsea in 2012. Inter’s most recent addition to the trophy cabinet was the Coppa Italia from one year before.

This is Conte’s gift: knowing how to elevate good footballers into winning ones. How many of Inter’s regular starters had conquered one of Europe’s “big five” domestic leagues before this season? Not Lukaku, and not Samir Handanovic, Stefan De Vrij, Lautaro Martínez, Nicolò Barella, Alessandro Bastoni, Milan Skriniar, nor Marcelo Brozovic either. Not even Achraf Hakimi, though he had a cameo role on a Champions League-winning side at Real Madrid.

Conte described the challenge he faced at Inter as the toughest of his career. Not only did he need to break a cycle of underachievement for the club he now managed, but also to end an era of unprecedented success for Juventus – a run of nine consecutive league titles that he launched. All this, in the middle of a pandemic, with no fans in the stands.

Last season, it seemed as though the task might overwhelm him. Despite leading Inter to second place in Serie A and a Europa League final, Conte was constantly on-edge, accusing journalists of expecting too much and his club of not supporting him enough. He contemplated walking away before receiving reassurances at a meeting with the Inter president, Steven Zhang, in August.

Still, this season had the potential to test his patience further. Inter added Hakimi and Arturo Vidal in the summer but the financial realities of the pandemic were starting to bite for Inter’s owners, Suning. Wages were delayed, and the January transfer window closed without any reinforcements. Inter’s neighbours, Milan, were still top of the league.

Conte adapted, bringing fringe players back into the fold. Christian Eriksen, after struggling to impose himself in a No10 role early in the season, was reinvented as a hybrid regista/box-to-box midfielder. Ivan Perisic was reimagined as a wing-back.

Inter have not always dazzled. Conte began this season with plans for a more expansive approach, but the imperative to win games prevailed as he shifted the emphasis away from possession toward a quick-strike philosophy geared to minimise his team’s own mistakes and punish those of their opponents. Skriniar, dropped early in the season to make way for more expansive ball-players, was restored as a defensive pillar.

Inter conceded 23 goals in their first 17 games, then six in the next 17. They turned the title race into a procession, taking 41 points from a possible 45 since late January. How is anyone supposed to keep up with a front-runner who never misses a step?

Their rivals have made the journey serene, both Milan and Juventus collapsing down the stretch. Here too, though, Inter played their part. They dominated Juventus during a 2-0 win in January, then thumped Milan 3-0 a month later, leaving psychological wounds from which neither side fully recovered.

The triumph over Juventus was a defining moment, Inter producing their most compelling performance of Conte’s tenure against the club he served for so long but had previously never beaten. The Bianconeri would obtain a measure of revenge in the Coppa Italia semi-final, but even that competition had provided Inter with another iconic image, of Lukaku facing down Zlatan Ibrahimovic in the previous round.

That, too, was immortalised in a mural outside San Siro. More than simply earning a Serie A winner’s medal, Lukaku has secured his place forever in Inter club lore.

Conte, though, has gone one better, writing his name into the history books as the man who restored Juventus to the pinnacle of Italian football after the Calciopoli scandal, and then came back to topple them. “We overthrew a kingdom,” he beamed during one TV interview on Sunday. The Old Lady of Turin had reigned as champion of Italy for 3,283 consecutive days.

Already, on Sunday night, some journalists were asking about what he would do for an encore. Suning’s financial problems have not gone away, though there have been reports in recent days that they are close to securing a €250m loan from Bain Capital. Will he stay to win more titles at Inter? After exiting the Champions League in the group stage, is a better performance in that competition the next objective on his list?

“We will enjoy this victory, earned through plenty of sweat,” said Conte. “It’s right to celebrate; there will be time to talk about the future.”

For him, and his squad, this was a title two years in the making. For Inter’s supporters, it has been an 11-year wait. A great work of art deserves to be relished by those who invested time and passion into seeing it realised. 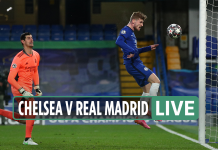 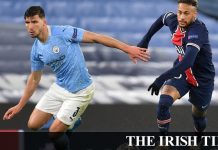 City’s success a triumph of the collective over the individual 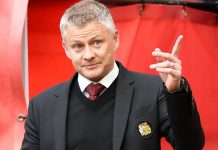 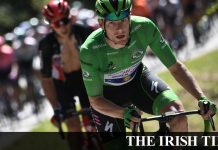 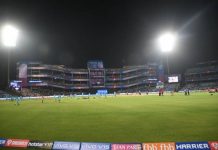 At Kotla, bookies employed cleaner to do "pitch-siding" during one IPL game: BCCI ACU chief 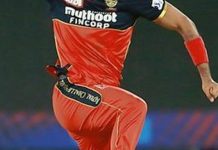 IPL | Finding a new window is the toughest challenge

England’s IPL players will complete return from India on Thursday 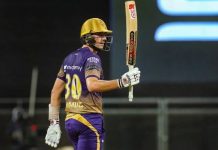 Looking back, organisers may have tweaked few things: Pat Cummins on hosting IPL in India