Congresswoman Jackie Speier: ‘Republicans are about doing what’s going to give them power’


For Jackie Speier, the growing threat of political violence in America is personal.

Before becoming a member of the House of Representatives in 2009, Speier served as a staffer to congressman Leo Ryan. When Speier joined Ryan for a 1978 trip to Guyana to investigate the Jonestown settlement, she was shot five times.

Speier survived the attack, but Ryan and four other members of their delegation did not.

So when one of her Republican colleagues recently shared a threatening video about the president and another House member, Speier knew she needed to act. The Democratic congresswoman spearheaded an effort to censure Paul Gosar, who had tweeted an altered anime video showing him killing Alexandria Ocasio-Cortez and attacking Joe Biden.

The censure resolution passed the House last week, in a vote of 223 to 207. All but three House Republicans voted against the resolution, with the minority leader, Kevin McCarthy, condemning the measure as a Democratic “abuse of power”.

The Guardian spoke to Speier to discuss the censure resolution, her coming retirement and the shifting dynamics of the House as lawmakers face more threats of violence. The interview has been edited for clarity and length.

Why was it so important for the House to censure Gosar?

The ramping up of vitriol on the House floor has been demonstrable for a number of years now. It was like a match got lit during Donald Trump’s presidency, and it was seen as benefiting members to be provocative and then fundraising off of statements they made on the House floor.

So that’s why I felt so strongly that we had to draw the red line. This has got to be a red line. And obviously my colleagues agreed, and we passed the resolution.

We saw some of your Republican colleagues either trying to justify Gosar’s behavior or downplay it. Do you feel like some of your colleagues have not learned the lessons of the Capitol insurrection, when we saw that violent rhetoric can escalate to potentially deadly violence?

The facts don’t matter. That’s the problem. The facts don’t matter. I heard one of the Republicans on a show this morning say she thought it was reprehensible, but she voted against the censure because it also stripped him of his committee assignments. So they always will come up with a rationale to allow them to continue to follow the lead of former President Trump or Kevin McCarthy. It’s not about doing what’s right any more. It’s about doing what’s going to give them power.

Specifically in terms of Kevin McCarthy, do you think that his rationalization for this behavior makes it inevitable that this is going to happen again?

He’s got a number of radical extremists in his caucus that are very effective communicators to the right fringe, and he can’t really rein them in because reining them in means they will attack him. So they have become the face of the House Republicans. You might as well put a brass ring in Kevin McCarthy’s nose because they’re pulling him around.

Politics is politics, but we’re talking about taking the life of another member of Congress. How is that not appropriate for censure?

Does it feel like there’s a disconnect between Republicans’ rationalizations and the very real violence we saw earlier this year [during the Capitol insurrection] that could have resulted in the death of a member?

Not to mention the fact that they’re eating their young. They’ve got one member, one of these fringe rightwing members, who was giving out the telephone numbers of members who voted for their districts and voted for what is a bipartisan infrastructure bill, and [Republican congressman Fred] Upton gets death threats.

You’ve got to have an alligator’s skin to do this job. We know that. I’ve been doing this for 38 years. I’m very accustomed to it. I’m also accustomed to getting death threats. And some are seen as credible, and some are not.

So that happens. There has to be a repercussion for that. And, as someone said, if in corporate America, you put out an animated video killing one of your co-workers, you would be fired.

They have made Minority Leader McCarthy impotent in terms of disciplining anyone in his caucus who strays, who crosses that red line.

What is your response to suggestions that Republicans will strip Democrats of committee assignments when they come back into power?

If one of my colleagues put up an animated video or a tweet that said they wanted to kill a Republican colleague, I would introduce a censure motion for that. You cannot excuse away that kind of conduct. Someone is going to get injured or be killed. That’s how serious that conduct was.

You have been in and around the House for decades now. Do you think that the increased number of threats against members has changed the dynamics of the House in any way?

I know that you announced your retirement this week. As you prepare for your next steps, would you say that this resolution was one way to protect the House as an institution?

I love this institution. It’s such a privilege to serve. And I think when you’re in the heat of doing your everyday job here, you might lose sight of the fact that this is such a privilege. We’re given the opportunity to fashion legislation to make lives better for the American people. And that’s what we should be doing.

When we get sidetracked into wanting to just disparage each other, then we’re not doing our jobs.

I introduced the resolution because it just hit me so dramatically. And it’s yet again another example of women becoming the subject of attacks – physical attacks, psychological attacks – women of color in politics even more. I’ve worked on this issue for years now. And I see it as a way of silencing women and discouraging women from running for office.

So for all those reasons, it was really important to take action. 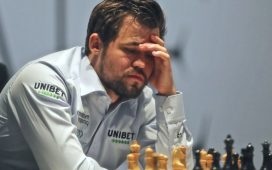 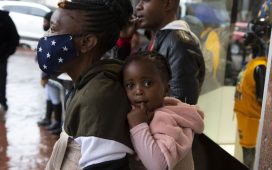