They later learned he had been taken into custody by Immigration and Customs Enforcement agents, was transported to a detention center and now awaits deportation.

Now supporters are rallying to bring the 50-year-old teacher home back to his wife and three young children.

“We take interest in this as a community because what happens to one can happen to anyone,” said Donald Broussard, a community activist from St. Landry Parish who’s fighting to free Coulibaly. “We’re talking about a gentleman who’s an educated man. He’s an outstanding, law-abiding citizen who pays taxes here and raises his family here. He has three young sons who were born on U.S. soil. In my humble and honest opinion, this is just a gross travesty of justice.”

Coulibaly, who has been living in Louisiana for 19 years, teaches French at W.S. Lafargue Elementary School in Thibodaux. Originally from the West African country of Mali, he was recruited to come to America by the Council for the Development of French in Louisiana to teach French in Opelousas.

He moved to Thibodaux in 2012, where he not only teaches French but volunteers in the community, family friend David Boulet said.

“He and his wife migrated here legally at our request to teach us French,” Boulet said. “He’s a great member of the community who coaches soccer and has no issues. Yet, they make all this effort to pick him up just two weeks before Christmas. They picked him up on the way to work and left his students wondering where he was. They still had four days of school left before Christmas break.”

A RESPECTED TEACHER AND ROLE MODEL

According to Lafourche Parish Schools Human Resources Director Bernita Deville, Coulibaly had a problem with his visa that occurred in another school system in 2010. As a result, his visa was not renewed.

Schools Superintendent Jarod Martin said Coulibaly has been a respected teacher who is well-liked by his students and colleagues.

“He’s an excellent teacher, volunteer coach and role model for the children of Thibodaux,” Martin said. “We weren’t aware of any problems until he was detained. In fact, at the time he was detained we didn’t know why he had been detained. He’s been a great employee and a wonderful member of the community as far as we can tell. We were all shaken by what happened. There was no way of describing it any differently. We all have a deep sympathy for the circumstances he finds himself in because he also leaves behind a very big and young family that had to go through the holiday season without him being home.”

Boulet said Coulibaly has appeared in Immigration Court in New Orleans several times over the last several years in an effort to remedy the problem but always encountered red tape.

“It’s been a litany of problems,” he said. “We’ve been trying to deal with this situation for over a decade. Why would we be sending a needed teacher away from us when it’s hard to keep teachers in the classroom?”

SUPPORTERS RACING TO PREVENT HIM BEING TORN APART FROM FAMILY

Coulibaly is currently being held in the Pine Prairie ICE Processing Center just north of Ville Platte, where he is allowed one 10-minute phone call per day, Boulet said.

“We’ve not been able to get ICE to work with us to fix the situation,” he said. “When you talk to them, they have these rules they follow exactly. But they also have discretion, but nobody has stepped up to say this is wrong.”

An online petition in support of Coulibaly has already amassed nearly 3,000 signatures.

ICE spokeswoman Sarah Loicano said immigration judges make decisions based on the merits of each individual case and agents carry out the removal decisions made by those judges.

As Coulibaly’s fate hangs in the balance, supporters said they are racing against time to prevent him from being torn apart from his family.

“It’s a total injustice of government not being able to fix this problem,” Boulet said. “By everybody pushing in the right direction we hope we can alleviate a wrong that has been done.”

“It’s jolting when you watch the news and hear about these immigration policies, but to see it in person and have it affect you the way it’s affected this community is frankly surprising,” Martin said. “It’s not something you see every day in Thibodaux.” 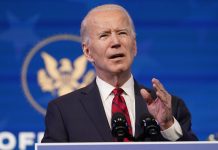 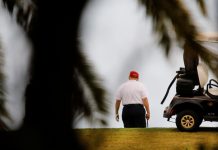 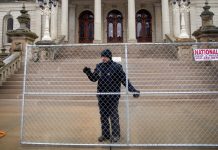 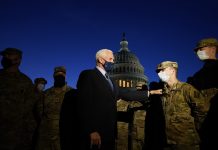 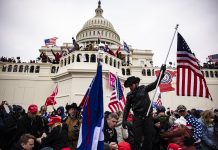 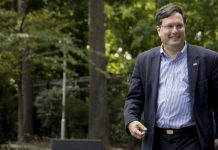 Poll: Majority Of Americans Blame Trump For Violence At Capitol 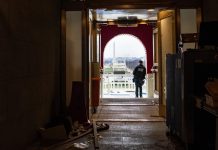 Federal watchdogs open a far-reaching investigation into failures in the lead-up to the Capitol riot. 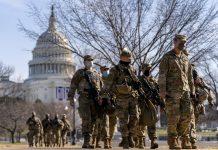 The Latest: Calls to governors for more Guard troops for DC