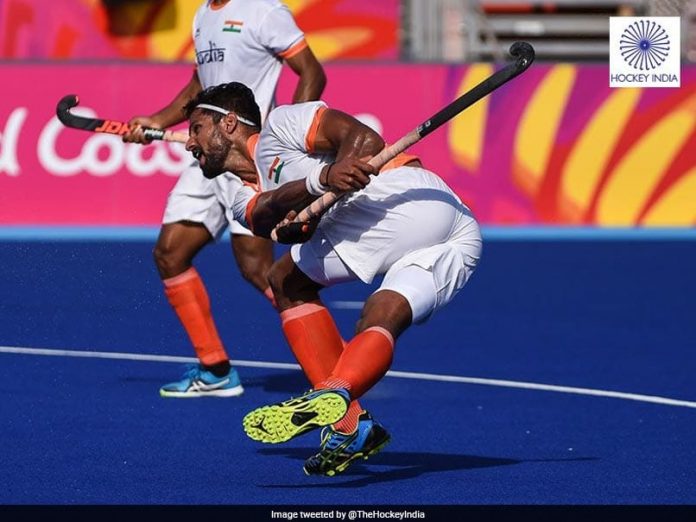 A profligate Indian men’s hockey team squandered eight of the nine penalty corners to suffer a 2-3 defeat at hands of lower-ranked New Zealand in the semifinals of the Commonwealth Games on Friday. Not only the poor conversion but defensive lapses too played a huge rule in India’s defeat, which means the silver medallists from the last two editions will now fight with England in the bronze medal match on Saturday. Hugo Inglis, Stephen Jenness and Marcus Child scored for New Zealand in the first three quarters. Harmanpreet Singh scored both the goals for India, converting a penalty stroke before finding the net on the eighth penalty corner. In the fast-paced first quarter, India had first chance to take lead but Mandeep Singh missed out and the team made it worse for itself by fluffing a penalty corner.

The Kiwis though did not miss their chance as forward Hugo Inglis sounded the board with a furious reverse hit. An inexplicable defence lapse allowed Stephen Jenness to double the New Zealand lead.

“The story of the tournament is that we have had enough penalty corners. We created enough chances but we didn’t score off those. If you see today, we were in the circle of opponent for 32 times and they countered 14 times. They scored 3 but we only scored 2. The game is about scoring the goals and we don’t do that enough,” a disappointed coach Sjoerd Marijne said after the match.

The Indian team struggled to penetrate the New Zealand defence. New Zealand earned their first penalty corner in the second quarter but PR Sreejesh thwarted the attempt, saving the team from conceding a 0-3 lead.

Another penalty corner was awarded to New Zealand when the umpire ruled that Jenness was fouled inside the striking circle. However the Indians got the decision overturned by taking a video referral.

SV Sunil attempted an ambitious strike from the near post but his shot hit the vertical.

Late in the second quarter, Sumit, charging from the right flank, was felled by a Kiwi defender and Indian team were awarded a penalty corner. Kiwi custodian stopped the first shot but on rebound, Akashdeep’s shot hit the shoulder of a Kiwi defender, resulting in India getting a penalty stroke.

Harmanpreet converted the penalty stroke reduce the lead at the half-time.

Sunil earned a penalty corner for his side early in the third quarter but India squandered the chance to get an equaliser.

A defensive lapse on penalty corner cost India dear as Varun Kumar failed to clear ball after a couple of rebounds and Marcus Child put New Zealand ahead 3-1.

A fifth penalty corner also went begging, leaving India with an arduous task of erasing the two-goal deficit in the final quarter. Conversion remained an issue with the Indians as Dilpreet Singh’s shot hit the far post.

Five minutes from the final hooter, India got back-to-back penalty corners but converted none. While Harmanpreet finally converted a penalty corner it was too late in the day.

In another semifinal match, defending champions Australia beat England 2-1 to set up a summit clash against trans-Tasman rivals New Zealand on Saturday.