Rarely has a goal from a centre back in a draw away from home caused such consternation. Nathan Collins had a not insignificant amount of supporters before the 1-1 result last night in Ukraine, but the goal he scored to give Ireland the lead has confirmed to any doubters that he is the real deal – surely too good to stay in the Championship with Burnley next season. Ken Early opines on who his stunning solo effort was more reminiscent of: “The group of players capable of scoring a goal like the one Collins scored here is not large but it includes some greats of the game. Franz Beckenbauer was reputed to do this kind of thing. Laurent Blanc did it more than once. Virgil van Dijk?” In terms of the rest of the game, while there may be some frustration at allowing Ukraine to equalise, the mood has to be positive around this side after a performance like that. Gavin Cummiskey’s match report is here.

“When Leinster claimed silverware in the past, they had a very strong overseas contingent that was fundamental to the success: Brad Thorne, Isa Nacewa, Rocky Elsom, Nathan Hines, Scott Fardy, Chris Whitaker, Felipe Contepomi, Stan Wright and Ollie le Roux were key figures.” Gordon D’Arcy’s column this morning focuses on Leinster’s problem in knockout games against sides with similar physiological make-ups. Put simply, it looks like top quality teams cannot win regularly without infusing talent with top class overseas signings, as Leinster themselves have shown in the past. In terms of that indigenous talent though, Gerry Thornley points out how few surprises there were in the Ireland squad Andy Farrell named to travel to New Zealand.

In the aftermath of Limerick’s Munster final win over Clare, two players have been suspended from the latter county for red card incidents that were not dealt with by the referee. “Initially, the referee was hailed as being at one with the occasion and its demands but if you’re going to go with the flow, and treat the rulebook as optional, there are consequences for two groups.” This is the view of Seán Moran this morning who looks at the fine line between ‘letting the boys play’ and correctly applying the rule book. In this morning’s other GAA column, Darragh Ó Sé looks at the early goal Armagh scored against Donegal last week to praise how they have stuck to their aesthetically pleasing style of play even when the going has been tough over the last number of years.

This time a year ago, Séamus Power was a million miles or so away from the US Open, ranked 327th in the world at that point of a career that still include a PGA Tour win nor even an appearance in a major. Now, on the cusp of a maiden US Open appearance, the Waterford golfer is looking to keep his exponential growth going after a maiden tournament win and multiple major appearances have propelled him to 41st in the world. In cycling, Irish hopes in the Rás Tailteann have been dented after five riders pulled out due to positive Covid tests within their team. Finally in cricket, Ireland women were once again put to the sword by Lara Goodall as South Africa notched a second ODI win in Clontarf on Tuesday. 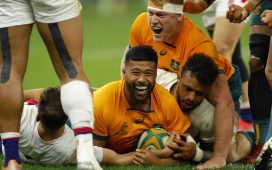 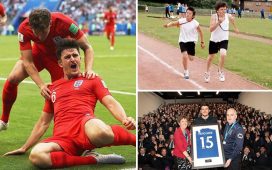 Harry Maguire: How England’s World Cup hero could’ve been an accountant instead of a Premier League footballer