Jens Molbak‘s decision to build Coinstar — a startup that would become a billion-dollar international coin recycling business — was driven by his Danish family’s values and his own impatience.

Molbak’s parents had lived in Nazi-occupied Denmark before immigrating to the U.S. As a family, they valued democracy, freedom and entrepreneurship as well as a Nordic sensibility of egalitarianism and civic engagement, Molbak says.

Molbak, who grew up in the Seattle area, worked as an investment banker in New York and then went to Stanford for his MBA. Older colleagues had advised him that life would unfold in stages: you work in the private sector to earn money, give back to nonprofits through donations and volunteering, then perhaps cap that with a stint in the public sector before retirement and death.

Molbak saw the opportunity for a different path. Launched in 1990, Coinstar was a for-profit business that let people to get rid of the coins that accumulate in jars at home while giving them the chance to help nonprofits by donating to charities the value of the unwanted pennies and dimes. Coinstar benefited the government and taxpayers by putting coins back into circulation, reducing the need to mint more money.

Molbak left the business in 2001, and Coinstar is now Bellevue, Wash.-based Outerwall.

But he took with him the idea of building businesses that simultaneously serve and benefit from the private, public and nonprofit sectors. He calls it “tri-sector innovation” and in 2020 he created his own nonprofit, NewImpact, to promote the idea to fellow entrepreneurs worldwide.

NewImpact is developing tools to help innovators bring the tri-sector lens to their own ventures. The 10-person team this month released an online guide explaining the concept and how to apply it.

In addition to Coinstar, Molbak points to other ventures built on this model, which includes Propel, a New York-based fintech company that created an app to serve the 45 million Americans receiving food stamps or SNAP benefits, and MoCaFi, a venture to close the racial wealth gap.

We recently caught up with Molbak to learn more about the evolution of Coinstar and how that experience inspired the creation of NewImpact. Our conversation has been edited for clarity and length.

GeekWire: Where did NewImpact and the concept of tri-sector innovation come from?

Molbak: I hit 50. I was thinking about how I care about government. And I care about citizenship, not in the sense of immigration status, but citizenship in terms of people participating in creating a civil society, a better place for all of us. And I care about the nonprofit sector. And it felt to me like it was Groundhog Day, and we were having the same conversations over and over again, and we weren’t really solving problems at scale.

So I started thinking about how Coinstar was a very tiny example of how the sectors could work together. I went on a walkabout, went to tons of conferences, to understand what was out there. And the more I looked, I couldn’t find anybody who was thinking about utilizing the best resources out there in a sector-agnostic way.

I thought about how I could do another company, but the more I researched it, I realized there are thousands of federal programs and amazing state programs, and hundreds of thousands of nonprofits. And there are $250 trillion worth of resources in the U.S. that have already been built.

If we could just be a little more innovative in terms of using what we already had, then we might be able to find stuff like I found a market in the coin recycling system. So we started using this term or business model of tri-sector innovators where each sector both contributes to and benefits from.

GW: Who are the customers in the tri-sector model?

Molbak: It’s a model-by-model basis. Going back to the beginning, [some asked] why aren’t we charging the [Federal Reserve] and the U.S. Mint for all this money you’re saving them, and I’m like, they’ve already done the work, they’ve created the market opportunity for us. Rather than treating government as a customer, we treated them as a collaborator. And they were incredibly helpful.

Not only were they working with us, I also got a follow-up call a year later from the head of the euro in the U.K. who said, “Hey, I’ve just been talking to the Fed, and we hear you’re saving them a ton of money. Would you please come over and look at the same system in the U.K.? So that was a pretty good conversation. And I flew over and met the folks there and they set up all the meetings with [the British grocery stores] Tesco and Sainsbury’s, the Bank of England, within a week. So we roll out 1,000 units in the U.K. in six months, which is a great benefit to my private sector shareholders.

But if we hadn’t had that public sector benefit, we would never have that acceleration that’s out there. So it’s kind of a mentality. You can treat everyone as a customer, but oftentimes it’s much better to really understand what they’re trying to do and work alongside of them, and kind of co-accomplish some of the goals. That’s this alignment piece that we talk a lot about.

GW: If you were to be an entrepreneur again, where would you be excited to apply the tri-sector concept and tap those overlooked resources?

Molbak: When I do lecture on entrepreneurship and people say, “Hey, I want to build the next Coinstar, the next Propel, where can I look?” I do encourage people to look at the federal government programs. There are 127 social safety net programs out there, and they all have a wonderful opportunity to be rethought. If you were to redesign the social safety net today with cloud based computing and mobile apps, it would look completely different.

I’ve been particularly interested lately in Social Security and the retirement system. It’s a trillion-dollar program. It is ripe for rethinking how that works for all of us.

GW: You say there are a lot of resources out there to consider and use. What do you mean, what are you seeing as resources?

Molbak: In the U.S. there’s roughly, based on our research, around $250 trillion of assets. So every building, every car, every road, it’s kind of a balance sheet of the country. That’s a huge pool of wealth and a value much bigger than the annual budget. So if you want to find economic leverage and economic power to actually solve some problems at scale, as a society we’ve got to be smarter about how we use that $250 trillion of resources.

It could be something as simple as a bus. If a church has a bus that they use on Sundays, could the school nearby use it during the weekday, and share the bus as a resource?

GW: How does NewImpact spread this philosophy?

Molbak: We’re releasing these three parts: inspire, enable and activate innovators. And we define innovators fairly loosely: people who really care about making change happen and are in a position to do so. It could be early stage entrepreneurs, could be the head of a community foundation, could be someone working in a federal agency.

So it is a big idea, but we want to make it super pragmatic and super tangible. Part of this is storytelling. We’re doing some of these projects ourselves, which are called the catalyst projects, which we’re sharing publicly on the site to say, “Hey, here’s big ideas.” We’re trying to create a series of case studies.

We’ve also started working with universities. We have developed a course which we prototyped last year at Kent State. We’re talking to a network of universities about the idea. I think that tri-sector models ought to be taught in every business school in the country, every public policy school, every school of information.

But to make these things really work with the practical, we also think there needs to be some sort of technology platform that’s open and available.

GW: It certainly makes sense. Because, like you said, our problems are too big and we need to address them more efficiently and on a bigger scale than we currently are …

Molbak: We haven’t talked about metrics. There’s lots of easy-to-build dashboards for cities or countries or states and track what’s going well in terms of education, health, housing, those sort of things. It’s great that we’re tracking the metrics. [But] my question is, what are we doing to really change them?

And too often people just think that it’s the government’s job and responsibility to make those changes. And I think it’s all of our jobs, no matter what sector you’re in, to think about what you can do to drive those things forward.

With this tech platform which we’re visioning, we’re really interested in engaging with other folks who were thinking about this sort of stuff. There’s a lot of people doing really interesting work out there, and we think that ours can be part of that.

But we need to rethink how we want to do stuff. I’m a deep believer that the tools of the 21st century like [building] an algorithm to machine learning need to be part of it. And we’re using all those tools for things to just capture our attention as opposed to driving society forward. And that just strikes me as a huge misuse of the power of that technology. 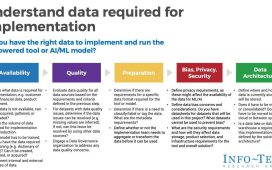 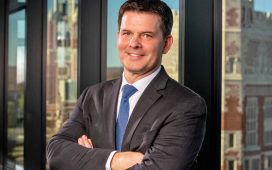 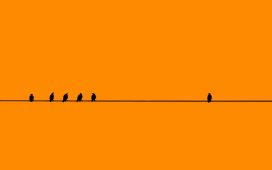 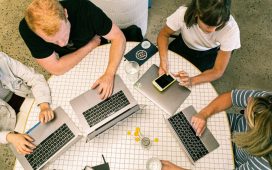 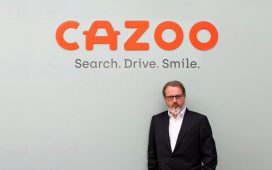 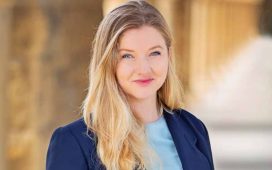 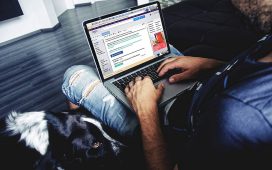