The Morrison government is facing mounting pressure to expand eligibility for its Covid disaster payments, as almost 1 million locked-down Australians receiving other welfare payments remain excluded from accessing the support.

Workers who have lost more than 20 hours of work per week because of a lockdown are eligible for $600 per week, while anyone who has lost between eight and 20 hours per week is entitled to $375 per week.

But those already receiving income support payments including jobseeker, youth allowance and disability carer payments are barred from accessing the disaster payments – even if they have lost work.

With the jobkeeper rate currently at $315 per week for someone with no work and reducing if recipients work casually to increase their income, the barrier to receiving the disaster payment has left many workers worse off.

The Australian Council of Social Services has been among those pleading with the government to remove the barrier stopping welfare recipients from accessing the disaster payments.

Acoss now estimates that there are almost 1 million welfare recipients across Sydney, Melbourne and Adelaide ineligible for the disaster payments.

“People on social security are people on the lowest incomes, they’re the most financially vulnerable and they’ve been completely left out of these disaster payment arrangements and it just highlights the two tier, the two classes that have been introduced with this mess of a system frankly,” Acoss chief executive Cassandra Goldie told the ABC on Tuesday.

Current lockdowns across Australia have triggered a reliance on welfare and charities, with queuers turned away from Centrelink offices in Sydney on Monday amid reports of long call waiting times.

Ronni Kahn, the chief executive and founder of OzHarvest, said her organisation had seen an increase in demand for food relief during lockdown.

“There has been this new cohort of people who have found themselves without work,” Kahn said. “A woman wrote to us and said: ‘Me and my husband have three children. We have not been able work and my husband has lost hours, our car is broken down, we are behind on our rent, we are behind on our electricity. Would there be a possibility to get help with food just to ease the pressure? We have never needed food relief before in our lives.’”

OzHarvest has introduced a number of emergency food relief services throughout the year to address the rising demand, and currently cooks about 5,000 meals a week.

“Many of these services were winding down as the funding has come to an end, but we’ve extended them just so that we can provide the essential food during this latest lockdown.”

John Robertson, CEO of Foodbank NSW & ACT, said his organisation had distributed more than 10,000 emergency relief hampers to locked down areas – an increase of 210%. As of Tuesday, it was packing 2,500 to 3,500 hampers daily due to the demand – a number they would normally distribute weekly.

“The stress of yet another lockdown impacts us all, but for tens of thousands of people in NSW right now the brutal reality of no money to buy basics to feed themselves or their families is devastating,” Robertson said.

Earlier this week, Services Australia general manager Hank Jongen acknowledged that some welfare recipients who have lost work in locked down zones could be better off opting out of their current payment with Centrelink to apply for the disaster payment.

However, Jongen warned that this would mean recipients would have to reapply for payments like jobseeker once the commonwealth Covid hotspot declaration and disaster payments were lifted, and that they could be without any income support as their applications are reprocessed.

Angela, who is currently locked down in Penrith in Sydney’s west, is furious at the eligibility criteria. Before the lockdown, the 56-year-old worked about 20 hours in casual shifts at a hotel in Blacktown.

Given her low salary, she received about $100 each week in jobseeker payments, and while this will now increase to the maximum jobseeker rate of $315, this weekly payment is below the roughly $550 per week she was earning before the lockdown cut her off from her job.

It will also be almost half of the $600 per week she’d be eligible for if she cut herself off from her jobseeker payment and applied for the commonwealth’s disaster payment.

However, Angela is worried about how long she might be forced off any income support at the end of the lockdown once the disaster payments end and she waits to be reprocessed for the jobseeker payment.

“I was working, I didn’t stop working because I was lazy,” she said. “I’ve stopped working because the government has stopped me from going to work, so they should be compensating me for the amount they’re preventing me from earning.

“I’m just not sure whether it’s worth taking that risk [of opting out of jobseeker]. How long would I have to wait?”

Both Angela and the adult son she lives with have now applied for early access to their super to pay living expenses during lockdown.

“We have been struggling even before the lockdown. I was earning below minimum wage, we were already living on the poverty line. I try not to dwell on it too much, but it’s hard when you think that others are getting the $600.”

“You always think you’ll be fine but now that I’m accessing my super, I realise I’m going to be living in poverty.”

Labor’s government services spokesman, Bill Shorten, said the disaster payments had been “completely chaotic and confusing” and that “the government needs to ensure that Australians on payments who lose casual work because of lockdowns are not worse off overall”.

“Jobseeker, uni students from the bush, single parents doing it tough, many other groups deserve better than to be just thrown on the scrapheap,” Shorten said. 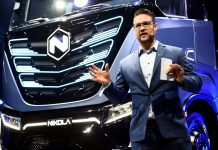 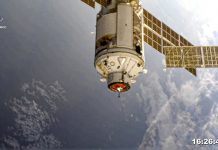 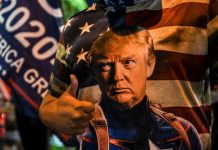 Republicans have become the party of nihilism 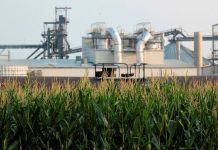 The global chip shortage is starting to hit the smartphone industry 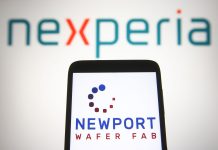 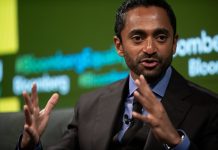 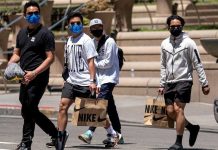