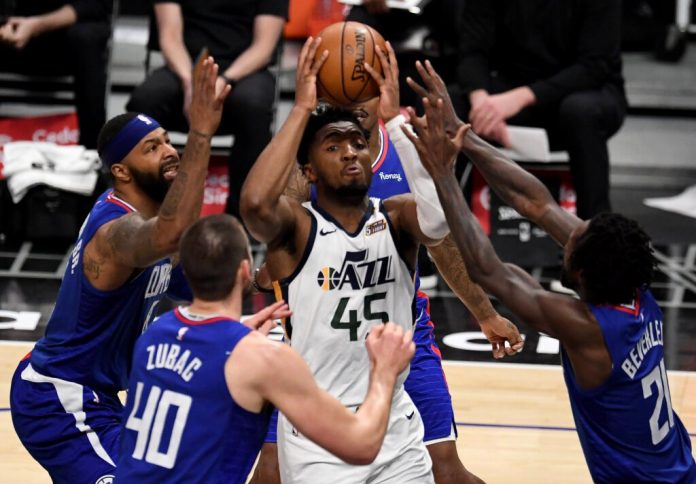 Wednesday night’s game between the Utah Jazz and the LA Clippers was the first of a mini-series set at Staples Center. The Clippers, looking up a couple of spots in the Western Conference to the Jazz, were looking forward to measuring themselves up to a team they lost 106-100 to on New Year’s Day.

“We’ve all been watching, they’ve been beating a lot of good teams — it’s gonna be a good game to see where we at,” Marcus Morris Sr. said after Monday night’s win against the Miami Heat.

Well, the anticipation for a playoff atmosphere will have to wait until Friday, after the Jazz beat the Clippers 114-96 in a game that had significantly reduced stakes due to the continued absence of starters Paul George (toe), Kawhi Leonard (leg), and Nicolas Batum (concussion).

Even when the shorthanded Clippers held leads at the end of each of the first and second quarters Wednesday night against the NBA-best Jazz, there were…