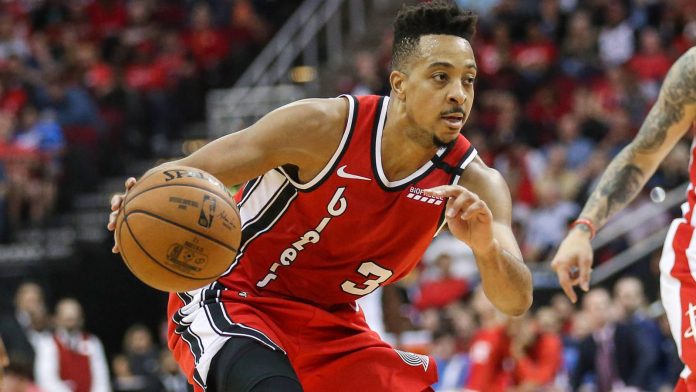 CJ McCollum has jumped into the fray of the burgeoning Giannis Antetokounmpo-James Harden beef. The Portland Trail Blazers star did so by coming to the defense of the Milwaukee Bucks superstar.

The feud between the Greek Freak and the Beard — or at least the latest iteration of it — all started with Giannis shading Harden by selecting Kemba Walker over the Houston Rockets superstar in the 2020 NBA All-Star Game Draft.

Antetokounmpo then took another brutal shot at Harden’s expense after the game by indicating Team Giannis operated its offense in the later stages of the exhibition by running it through whoever Harden was guarding.

Harden unsurprisingly took offense to Antetokounmpo’s harsh words, and he finally sounded off on the situation in an interview with Rachel Nichols of ESPN that premiered Friday.

“When it’s all said and done, they will appreciate it more,” Harden said. “But I wish I could just run and be 7 feet and just dunk. Like that takes no skill at all.

“I had to actually learn how to play basketball and how to have skill, you know? I take that any day.”

That particular pot shot seems to be what inspired McCollum to wade into the muddied waters of the feud between the two most recent MVPs. The Blazers star pushed back on Harden’s argument by pointing out that Antetokounmpo’s size alone can’t explain his overall success.