Diving into a franchise that has produced eight feature films certainly isn’t child’s play, but the latest adventure centered around everyone’s favorite homicidal doll has one thing going for it that its predecessor did not. Whereas Don Mancini, the writer for every other film in the series, wasn’t involved in the 2019 Child’s Play reboot, he’s back at the helm for Chucky’s first venture into television. As a result, this adaptation automatically benefits from the feeling that it stays true to the character’s roots, at least behind the scenes.

While this dynamic is beneficial, Mancini’s presence alone doesn’t warrant a stamp of approval for the latest continuation of the franchise. After all, eight films in, the show is already facing an uphill battle to add anything substantive to the complex mythos previously established. As always, one can never judge a series’ prospects by the pilot, but the first outing of Chucky mostly follows the recipe established by the franchise, with one or two different flavors thrown into the mix.

At best, Chucky is a tribute to the character’s glory days. Aside from some variations in the context, the premiere features an origin story fairly similar to the one Child’s Play fans know and love. In this case, Jake Wheeler, an eighth-grade boy who’s equipped with the typically tragic backstory of a drunk father, happens to find a Good Guys doll at a yard sale in Hackensack. Immediately captivated, Jake buys the doll, though the seller can’t remember who it belonged to or where it came from. While Jake brings his new prized possession home, a voiceover informs the viewer that Hackensack is “a haven for the fu–ed up, bizarre and criminally insane.” In other words, Chucky will fit right in.

But he’s not the only one; in the opening minutes, several red flags about Jake pop up and turn him into a perfect pal for Chucky. Once Jake arrives home, he brings the doll to his lair — actually, it’s his room, but boy, it certainly feels like a cocoon for a delinquent. Demonic reddish lights line the walls of the dimly lit room, making the centerpiece, a grotesque sculpture composed of disembodied baby doll parts, even more creepy. From there, it’s easy to see that Jake is indeed the resident “weird kid” when, for some reason, he thinks it’s a good idea to bring Chucky with him on the school bus, inviting harsh (but warranted) laughter and mockery. To make matters worse, Jake carries the doll with him throughout his day at school, practically begging for more cruelty from his fellow students.

Pause. This boy is in eighth grade. Who in their right mind would literally bring a fairly sizable doll with them onto the school bus and lug it for other eighth-graders to see? Speaking from personal experience, kids are at their meanest at approximately this age, so Jake’s practically asking to get bullied. He never even offers much of an explanation as to why he decided to have Chucky pal around with him during his school day. Naturally, Jake does get picked on, but this harassment eventually establishes a loose bond between the owner and his doll.

Chucky’s “friends to the end” slogan starts to ring true when he helps Jake get some sweet revenge on his tormentors. An impromptu ventriloquist act allows Jake to insult and humiliate his worst bully in front of the entire school at a talent show, and this cathartic moment makes Jake overlook some of the weirdness surrounding Chucky, like the fact that the doll randomly shows up at Jake’s house when he tries to leave it at school. Chucky ultimately takes their odd relationship to the next level by doing what he does best and taking care of one of Jake’s perceived enemies in his classically homicidal way. In the end, the doll and its owner are bound together by circumstance and perhaps a little appreciation on Jake’s part because Chucky just made his life a little easier. It’s all bound to come to a head sooner or later; after all, fans have eight films’ worth of evidence that all roads with Chucky lead to misery. 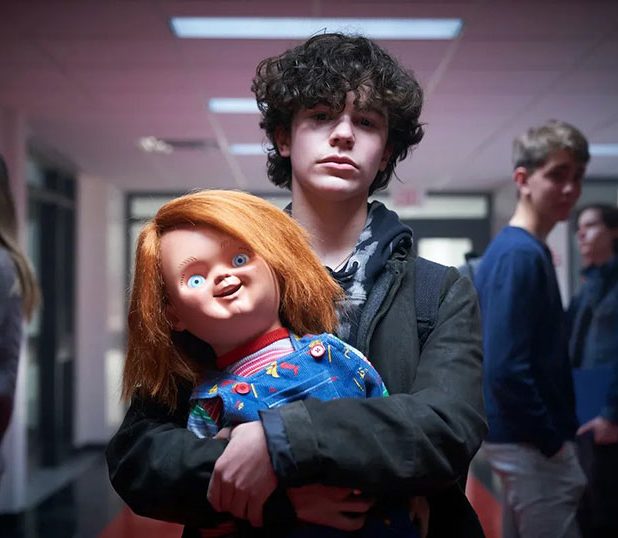 The best part of Chucky is its ability to capture the doll horror that made the franchise famous. From zooming in on his dilating eyes to hearing his breathing when the body is off-screen, the show beautifully builds up the suspense surrounding the fact that he’s alive. Later, hearing Chucky’s voice change from the toy’s standard bright and bubbly to the menacing growl of Charles Lee Ray compliments this progression. Likewise, the doll’s face gradually darkens from the happy-go-lucky disposition one would expect of a “Good Guys” product to the sinister smirk Chucky is known for. This evolution slowly unfolds from the doll’s first appearance to the final shot where he’s holding a knife, and the gradual shift is a consistent highlight of the pilot.

Likewise, the doll’s actions are equally as entertaining. In one of his first sure signs of life, Chucky corners Lexy, one of Jake’s meanest bullies, and the camera zooms in on the doll’s eyes as he blinks at her. Before he can do anything, a teacher arrives, so he “lifelessly” collapses to the ground, but Lexy is clearly on his list of potential victims. Chucky can never wait too long before he gets blood on his hands. Once he finally does, the scene is shot brilliantly, as the manner of death (electrocution) is paired with strobe-like lighting that makes Chucky’s menacing presence as he observes his dying prey even more intimidating.

Aside from the superb doll horror, the viewer might have a hard time getting into the show. Based on the pilot, likable characters are practically nonexistent, and even Jake is borderline redeemable at best. Instead, Chucky leans on Friday the 13th and other slashers by making bullies like Lexy as utterly hateable as possible so everyone eagerly roots for their inevitable demise. The continuation of this style is far from a bad thing, but your mileage will vary in your ability to invest in this story where, other than Chucky, there’s not a “good guy” to be found.

Viewers will hopefully have a better gauge of Chucky a few episodes in, but horror fans won’t have to wait too long for another outing. New episodes of the Syfy and USA Network series will be released weekly, so catch Chucky, along with our review, every Tuesday. 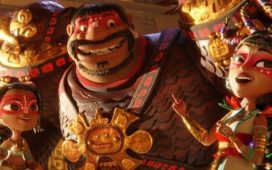 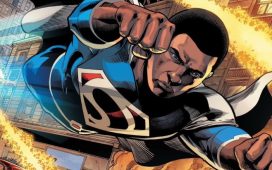 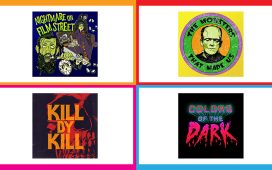 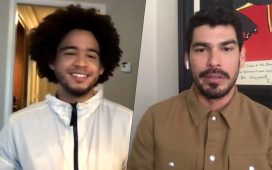 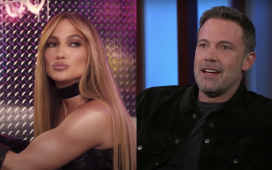