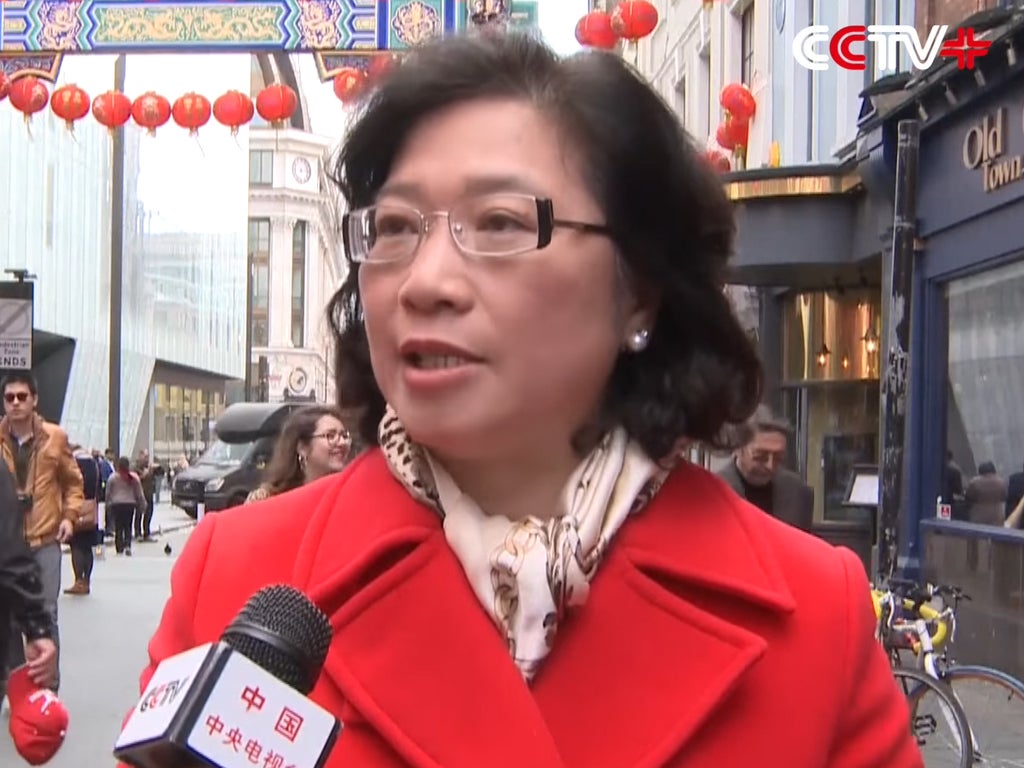 MPs have been issued with a warning over a spying threat from a woman believed by MI5 to be attempting to influence UK politicians on behalf of China.

Commons Speaker Sir Lindsay Hoyle, in a letter sent to MPs, warned that Christine Lee had been “engaged in political interference” for the Chinese Communist Party and sought to lobby parliamentarians.

The letter stated: “I should highlight the fact that Lee has facilitated financial donations to serving and aspiring parliamentarians on behalf of foreign nationals based in Hong Kong and China.”

The Speaker added: “This facilitation was done covertly to mask the origins of the payments. This is clearly unacceptable behaviour and steps are being taken to ensure it ceases.”

Labour MP Barry Gardiner confirmed he had received donations from Ms Lee and said he has been liaising with intelligence “for a number of years” about the solicitor.

Analysis of the Register of Members’ Financial Interests showed Ms Lee’s law firm, Christine Lee & Co donated more than £500,000 to Mr Gardiner between 2015 and 2020, mostly through funding for his staff.

“They have always known, and been made fully aware by me, of her engagement with my office and the donations she made to fund researchers in my office in the past,” said Mr Gardiner.

The Labour MP also revealed that Ms Lee’s son had been acting as his diary manager – but the member of staff had resigned on Thursday morning. He said MI5 had advised him “they have no intelligence that shows he was aware of, or complicit in, his mother’s illegal activity”.

Ms Lee stopped funding workers in Mr Gardiner’s office in June 2020. The MP said the donations were properly reported with the parliamentary authorities, and that he had not “personally benefited from those donations in any way”.

The allegation against Ms Lee is one of interference in order to gain covert influence in the UK and not intelligence gathering, Whitehall sources told The Independent. They refused to comment on whether investigations into her activities have failed to find evidence of espionage.

The MI5 security warning named Ms Lee as a solicitor suspected to have been “knowingly engaged in political interference activities” in the UK. The alert said Ms Lee had “acted covertly” in co-ordination with the United Front Work Department of the Chinese Communist Party (CCP).

It stated she had engaged with “individuals across the UK political spectrum” – including through the now disbanded All-Party Parliamentary Group (APPG) Chinese in Britain – and may “aspire to establish further APPGs to further the CCP’s agenda.”

Liberal Democrat leader Sir Ed Davey also received a £5,000 donation from Ms Lee in 2013, while he was energy secretary in the coalition government, but said the money was accepted by his local association and reportedly properly.

A Lib Dem spokesperson said Sir Ed was “shocked by these revelations”, adding: “The email from the Speaker of the House of Commons today was the first time he has been given cause to be concerned about a donation to his local party association.”

In 2014 she helped sponsor a Chinese Liberal Democrats dinner to support the party’s then candidate for Somerton and Frome, Sarah Yong. And in 2013, she funded flights for a four-day trip to Beijing for then Labour MP for Hendon, Andrew Dismore, who was then chairman of the Chinese in Britain APPG.

In 2019, then-prime minister Theresa May gave Ms Lee a Points of Light Award for her work with British Chinese Project, a group aimed at promoting engagement between the Chinese community and wider UK society.

In a personal letter to Ms Lee – the founder of the organisation – Ms May said: “You should feel very proud of the difference that The British Chinese Project is making”.

Ms Lee was also photographed speaking to former Labour leader Jeremy Corbyn, and the party’s ex-deputy leader Tom Watson at a British Chinese Project at a separate event in 2016.

Senior Conservative MP Sir Iain Duncan Smith raised the issue in the Commons on Thursday and called for an overhaul of the accreditation process “because it’s clearly too lenient”.

The former Tory party leader told MPs: “This is a matter of grave concern”, adding: “Why in heavens name is such an agent allowed in this country?”

There are, at present, no laws in place to bring charges on seeking to exert influence such as the Foreign Agents Registration Act (FARA) in the US. In March this year the government said in the integrated review of defence and security that it would seek to introduce a foreign agent registration scheme.

Home secretary Priti Patel said it was “deeply concerning” that an individual “who has knowingly engaged in political interference activities on behalf of the Chinese Communist Party has targeted parliamentarians”.

The cabinet minister said “forthcoming measures” by the government would “counter these kind of threats will build on the robust safeguards already in place, making our country even harder for states to conduct hostile activity in”.

Human rights campaigner Luke de Pulford told The Independent: “It’s not a surprise to us. There’s been suspicions of a very close relationship between the Chinese Embassy and figures in parliament for a long time. It just goes to show that democracy can be subverted by this kind of thing.”

Mr de Pulford lent his support to Sir Iain’s call for a root and branch check of all everyone working in MPs’ offices. “I think we need to make it clear what interests people working for MPs have,” Mr de Pulford said.

The Metropolitan Police declined to comment on whether officers are investigating after MI5 issued a security alert to parliament.