Christian Thompson, the Australian artist taking over London’s streets: ‘I can be my own worst critic’


As prime minister Kevin Rudd was delivering his apology to the Stolen Generations, on 12 February 2008, First Nations artist Christian Thompson was queueing at Melbourne’s Tullamarine airport, headed for his new home in Europe. There, over the next decade, he would be mentored by the famed performance artist Marina Abramović, complete a masters degree at the Amsterdam School of the Arts and be among the first Indigenous Australians to attend Oxford University in its 900-year history.

“It was an emotional day,” Thompson says. “When I left Australia, I left with the feeling OK, everything’s now sorted, everyone’s good. Go off and do what you need to do. And then, when I got back a decade later, everything had changed.”

Speaking from his second home, Melbourne – Europe and the UK are his primary base these days – Thompson will be watching closely as the new Australian government negotiates the expected ushering in of the Uluru Statement from the Heart, which has languished in the halls of parliament house for the past five years.

“It will be very interesting to see how this conversation develops,” he says. “Seeing our country move forward in this way, I think it’s incredibly important. It’s one thing to have a strong economy, but if you’re culturally barren, then what’s it all about?”

Of Bidjara heritage on his father’s side, the photographer, sculptor and performance artist has used his art to challenge questions of race, identity, gender and belonging over the past two decades. Now he has just opened his largest solo exhibition yet, Being Human Human Being, in his adopted city of London.

The show stretches across the streets and alleyways of Soho, marking the beginning of what will become a permanent cultural space in London, rotating free contemporary photography exhibitions twice a year. That the Photographers’ Gallery selected an Indigenous Australian artist to open such a significant new art precinct is unprecedented.

Thompson says the exhibition is not a retrospective (“it’s kind of like a survey-ish”), but it certainly contains a wide cross-section of his output from the past decade, including works from his series King Billy (2010), Polari (2014), Equinox (2018) and his ongoing Flower Walls project. He is, he says, “really excited to see how this exhibition will operate in that space, that totally urban landscape of the UK but obviously with a lot of really strong Australian references”.

Since leaving Australia on the national apology day 14 years ago, Thompson has secured solid footing on an international scale. When he became one of the inaugural recipients of the Charlie Perkins scholarship, he swapped Amsterdam for Oxford, completing a doctorate in fine arts. Thompson and Wiradjuri academic Paul Gray became the first Aboriginal Australians to be admitted into Oxford University.

Thompson, who remains a research affiliate at the university’s Pitt Rivers Museum, recalls his time in the hallowed halls of British academia as a giant learning curve that brought with it enormous pressure.

“There was so much emphasis on us, a real spotlight put on us, for at least the first two years of our candidacy there,” he says. “They were challenging years, because I can be my own worst critic. And when you are at Oxford, there’s this kind of aspiration towards excellence that underpins everything. It can be incredibly intimidating at times. There were times when I felt I wasn’t good enough. I had anxiety attacks.”

Now in his 40s, Thompson says he has learned to be more emotionally lenient with himself and enjoy the journey of art making. “You get to be more reflective, I guess you get more wisdom – well, not a lot …” he jokes. “When I look back on my practice, certain works have come to take on very different meanings that I wouldn’t have realised without the gift of hindsight.”

This became evident as he worked on the Being Human Human Being show: when his King Billy and Polari series were created, seminal social movements such as Black Lives Matter and #MeToo had yet to emerge.

“Art moves the conversation forward culturally,” Thompson says. And seeing society reflected back at you through art, he says, is probably the greatest privilege an artist can hope for. 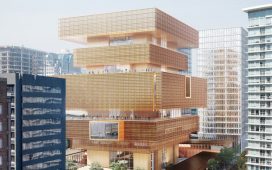 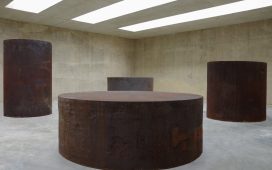 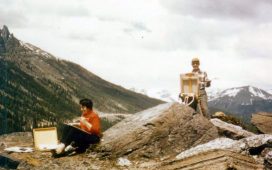 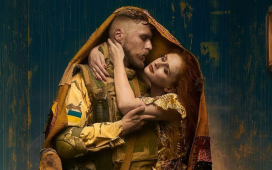 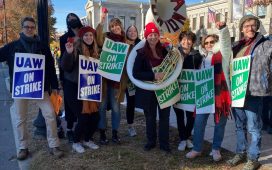 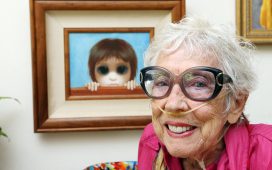