As a new year commences so too does a period of reflection on the past 12 months and what potentially waits ahead. When trying to evaluate the state of US Soccer few conclusions seem more fitting than the start to Charles Dickens’ classic A Tale of Two Cities. It was the best of times, it was the worst of times.

After all, we are just days into January and Christian Pulisic has broken the record for a transfer involving an American. His $73m move from Borussia Dortmund to Chelsea far exceeds the previous record held by John Brooks when he relocated from Hertha Berlin to VfL Wolfsburg for $22.4m in 2017 and it also makes Pulisic the third most expensive player aged 20 or younger, behind Kylian Mbappé and former Dortmund teammate Ousmane Dembélé.

Elsewhere, there is a steady emergence of US talent. Some had already agreed transfers to Europe ahead of the new year, such as Tyler Adams and Zack Steffen who will join RB Leipzig and Manchester City respectively. Then there are those already in Europe such as Bundesliga duo Weston McKennie at Schalke and the promising Werder Bremen striker Josh Sargent, to name but a few.

Unfortunately, the optimism centered around what these players could bring to US Soccer is cast alongside a poor couple of years for the federation. Failure to qualify for the 2018 World Cup was equal parts embarrassing and devastating. The subsequent process to hire Gregg Berhalter took almost a year and felt turgid, poorly organized, and only ever focused on one candidate – it was hardly a comforting first step into a new era.

It is also one of the reasons there is so much pressure on Pulisic. A move to Chelsea comes with a degree of expectation, but of what level will depend on the club’s summer business. Chelsea are a club in transition. Both Willian and Pedro are in their 30s, and there is also uncertainty surrounding Eden Hazard’s future at the club.

As if that was not stressful enough the 20-year-old Pulisic is also seen as the poster boy for US Soccer. Although there are many talented players within the system, it is Pulisic that is seen as having the most potential. Put simply, he is the man to drive the US men’s national team into the future.

Unfortunately, his own situation also serves to highlight why there are still many flaws in the US system. The Pulisic family likely celebrated their son’s life-changing move to Stamford Bridge, but what of Christian’s youth team, the PA Classics? They should, in theory, be due a solidarity payment estimated to be around $547,000, a vast sum to any youth club.

According to Fifa regulations, when a player is sold overseas, up to 5% of the transfer fee is set aside to be distributed to the youth clubs involved in his training and is known as a solidarity payment. The exact amount depends on how much time the player spent at the youth clubs between his 12th and 23rd birthday.

The PA Classics are unlikely to receive that, however, due to the fact the US does not participate in Fifa’s solidarity payments system. At the time of writing, Washington based youth club Crossfire Premier have submitted a petition to Fifa arguing that the club is entitled to collect solidarity payments for its involvement in DeAndre Yedlin’s development.

This is viewed by many as a landmark moment in US Soccer. If Fifa finds in favor of Crossfire they would be entitled to a substantial sum of money from MLS in the wake of Yedlin’s transfer to Tottenham Hotspur in 2014.

“We could have $20m, $30m worth of claims,” Crossfire’s attorney, Lance Reich, told the Athletic back in October. “We’re going to have a Madoff moment in American soccer. Everyone is going to wake up and say, ‘Oh my God – how did it get this way? This is far from about the money anymore. Are we Fifa clubs, or are we not Fifa clubs?”

There are said to be similar cases involving the transfers of Michael Bradley and Clint Dempsey to European clubs. While some had hoped there would be a ruling in time for the January transfer window that has sadly not materialized. What is clear is that any ruling will have major ramifications on US Soccer and its future.

It is why Dickens’ famous introduction seems so fitting. Pulisic’s transfer indicates a growing improvement in the quality and reputation of American players. The fact, however, that his youth club will not benefit from such a landmark moment highlights a gaping hole in the US system that must be addressed. 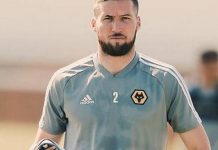 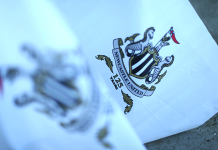 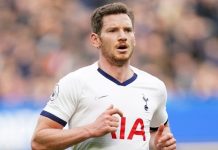 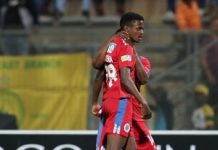 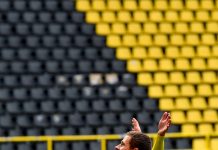 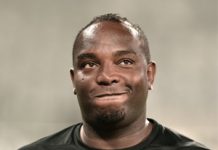