When Nato leaders gathered in Madrid this week they were joined by heads of government from four nations far beyond the usual geographic scope of the transatlantic alliance: Japan, South Korea, Australia and New Zealand.

The unprecedented participation of the four US allies — and their agreement to co-operate with Nato on cyber defence and maritime security — underline their alarm both at Russia’s invasion of Ukraine and the growing might of an increasingly assertive China.

Japanese prime minister Fumio Kishida, who interrupted a crucial election campaign for the summit, said the move showed leaders realised the security of Europe and Indo-Pacific was “inseparable”.

“I feel a strong sense of crisis that Ukraine may be East Asia tomorrow,” Kishida said, adding that the Asia-Pacific partners should in future “participate in Nato summits on a regular basis”.

Nato member states share their new partners’ anxiety about Beijing’s intentions. At the summit, the alliance formally defined China for the first time as “a challenge” in its strategic concept for the next decade.

The closer ties between Nato and the Asia-Pacific countries have prompted alarm in Beijing.

“Now Nato has extended its tentacles to the Asia-Pacific,” said Zhao Lijian, Chinese foreign minister spokesperson, adding that attempts to undermine peace and stability in the region were “bound to fail”.

Beijing has repeatedly warned against the creation in Asia of any Nato-like military bloc, a prospect that security experts said was very unlikely since countries in the region have highly varied interests and strong economic ties with China.

But the deeper engagement between Nato and the four Asia-Pacific nations is driven by concern that separate alliances with the US alone are no longer sufficient to ensure their security. Their confidence in Washington was undermined by the “America First” approach of former president Donald Trump, who threatened to remove US troops from Japan and South Korea.

And Russia’s invasion of Ukraine and fears that China could make a similar move on Taiwan have suggested a need for multiple options to strengthen deterrence.

“It would complicate calculations for China if they need to think about not only the alliance with the US, but also the 30 members belonging to Nato,” said Yoshikazu Hirose, an expert on the alliance at the National Defense Academy in Japan.

One US official said Washington had pushed for Japan and the other three nations to attend Nato, as part of a strategy by president Joe Biden’s administration of building and expanding coalitions of like-minded allies to counter China.

The US official said Japan wanted to expand and diversify its security ties as an insurance policy to protect itself from China in case the 2024 US election produced a president who was weaker on the alliance with Tokyo. “Japan is trying to build capacity outside of its relationship with the US,” he said.

Christopher Johnstone, a Japan expert at the Center for Strategic and International Studies, a US think-tank, said Kishida in particular felt a keen sense of threat because of the Russian invasion of Ukraine and wanted Europe and Nato to be more attuned to the challenge from China.

Kishida had also encouraged UK and German naval deployments to the Indo-Pacific over the past year, said Johnstone, who until recently was in charge of Japan policy at the National Security Council. “It fits a larger pattern of diversifying relations,” he said.

At the Madrid summit, Anthony Albanese, who was elected as prime minister of Australia in May, dismissed accusations that Nato and its partners had constructed an “imaginary foe” in the form of China.

Albanese pointed to Beijing’s “no limits” partnership with Russia and its refusal to condemn the invasion of Ukraine. “China must look at what is happening and look at the resolve that is there from throughout the world and should be condemning Russia’s actions,” he said.

South Korea’s president Yoon Suk-Yeol, who made his international debut at the summit, pledged his country would play a bigger security role. “The co-operative relationship between South Korea and Nato will become a cornerstone for solidarity,” Yoon said.

On the summit sidelines, Yoon also met with Kishida and Biden for the countries’ first trilateral meeting in nearly five years. The South Korean leader used the occasion to signal willingness to repair ties with Japan that have been badly strained by disputes over historical issues and trade.

Even before Russia’s invasion of Ukraine, concerns about how to contain China’s military ambitions had prompted a flurry of collective security arrangements in Asia. These include the Quad, which groups the US, Japan, Australia and India, and the Aukus pact, under which the UK and the US will help Australia acquire nuclear-powered submarines.

Those multilateral security networks and existing bilateral defence pacts have also been complemented by regional economic initiatives such as the Indo-Pacific Economic Framework, unveiled recently by Biden. 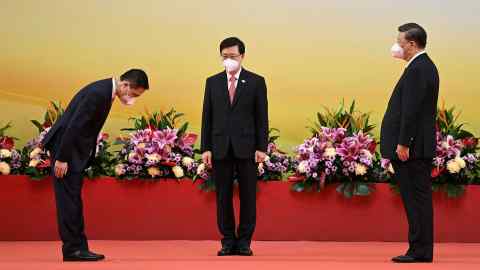 Stephen Nagy, senior associate professor at the International Christian University in Tokyo, said there would be limits to co-operation between Nato and its new partners.

“I think they would welcome any kind of diplomatic, financial and resource investment into Nato to push back against Russia,” Nagy said. “But do the Nato members want South Korea, Japan, Australia and New Zealand in their relationship and as equals sitting at the table? I’m not so sure.” 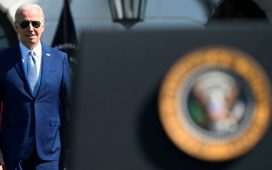 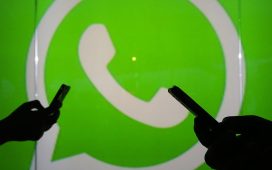 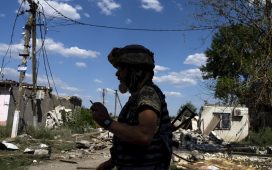 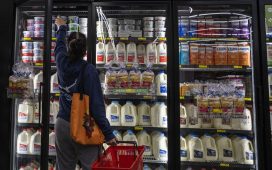 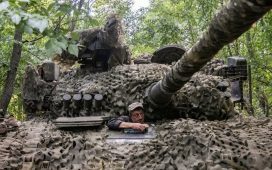 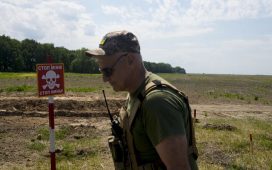 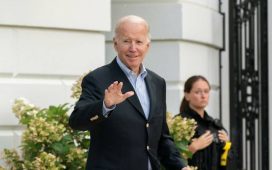