The soaring figures “indicate not only that the industry is warming up again, but also that with the effective prevention and control of the COVID-19 pandemic, China’s box office this year could reach new highs,” the Beijing News celebrated cheerfully in a commentary.

The latter sentiment may be overly optimistic. Although China’s box office broke the RMB10 billion ($155 million) mark sooner this year than it did last year when it was knee-capped by the pandemic, passing the milestone on Feb. 16, it did so at around the same time as it did in 2019 (Feb. 11) and 2018 (Feb. 19).

And while the local titles that do make it to market may see success, the country is facing the problem of an upcoming gap in its pipeline of content.

“Many film investors will be more cautious about investing this year. Also, even if producers start filming now, they won’t possibly be able to release works before October at the earliest, which will leave a period empty of new releases,” an industry source who declined to be named told local outlet The Paper.

The hole may be difficult to plug, given the unpredictable timeline for Hollywood releases, he added. “The main source of imported films is the U.S., but its pandemic situation remains uncertain, so it will be more difficult to bring in new imported films.”

At this point in the year, however, things are still moving along swimmingly.

Lunar new year’s day kicked things off with a bang last Friday with sales of $269 million (RMB1.74 billion). Some 35 million people went to the movies Friday, three million more than did in 2019 despite 75% caps this year on cinema capacity to prevent COVID-19, as well as fewer available screenings due to long film durations.

Several factors contributed to the strong showing. First off, the country now has nearly 15,500 more screens than it did at the beginning of 2019, having added 5,800 new ones last year despite the serious headwinds of the pandemic.

Tickets were also markedly more expensive this year, the cause of no small amount of public grumbling online amongst consumers. They nonetheless still turned up, drawn to a greater diversity of genres than usual amongst the seven new releases.

However, the biggest boon for the box office this year was government COVID-19 policies that urged citizens to stay in place rather than travel home to see family. These made the movies a more attractive entertainment option.

“People can’t travel and temple fairs are cancelled, so going to the movies has become the most important pastime this Spring Festival,” movie-goer Chen Wenshi, who saw four films on the first two days of the holiday, told the Beijing News. “We can spend the money we would have otherwise used to travel to go watch films.”

She regretted, however, being unable to share the experience with her distant family, stating: “After the pandemic is over and we can finally spend another new year together, I’d like to watch with my family. For instance, watching ‘Hi, Mom,’ which describes a mother-daughter relationship, together with my mom would have really enhanced the experience.”

Director Chen Sicheng’s Wanda-backed “Detective Chinatown 3” made headlines with its impressive opening and $424 million weekend, which set single-market world records. By Monday, however, the tentpole had been surpassed in single-day sales, percentage of allocated screenings, and admissions by director Jia Ling’s subtler tear-jerking comedy “Hi, Mom.”

The dark horse title’s star has continued to rise as “Detective Chinatown 3″ slipped. Strong word of mouth is giving “Hi, Mom” a staying power that “Detective” appears to lack. Chen’s film saw its single-day earnings fall 76% from its day one gross to Wednesday’s $35.8 million (RMB231 million).

While the franchise film is currently projected by the Maoyan ticketing platform to gross a total of $699 million (RMB4.51 billion) over the full course of its run, “Hi, Mom” appears on track to earn $819 million (RMB5.28 billion). That would be enough to surpass animation “Ne Zha” to become the country’s second highest earning film of all time, behind 2017’s $854 million-earning “Wolf Warrior 2.”

Whatever comes, the two titles’ performances so far have already put their directors in the history books. On Valentine’s Day, Chen became the highest grossing film director in Chinese film history, broaching the RMB10 billion ($1.55 billion) mark in overall sales across his oeuvre. Meanwhile, Jia has now beat out Rene Liu (“Us and Them”) to become China’s top-earning female director of all time.

“Hi, Mom” is currently the only one of the seven Chinese new year films with a rating on the taste-making Douban platform higher than eight out of ten. “Detective Chinatown 3,” meanwhile, languishes with a dismal 5.7, making it the worst-received of the bunch.

The fact that even a poorly received title can make such sums has been cause for pride amongst official state media.

“The Spring Festival release window allows the world to see huge potential of the Chinese film market, the formation of new lunar new year consumption habits, the diversification of domestic film types and the obvious improvements in standards,” it said. 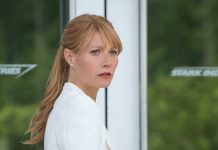 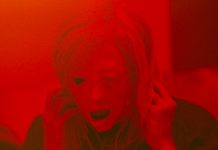 Emmanuel Acho Will Replace Chris Harrison on ‘The Bachelor: After the Final Rose’ 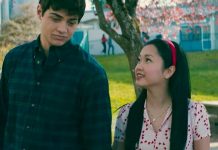 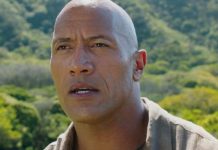 How The Rock Showed His Gratitude After Being Honored By Critics 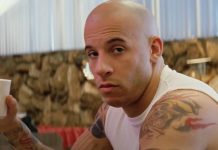 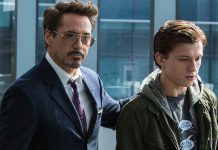 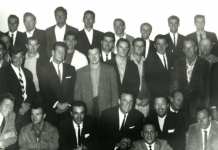 Celebrating 60 Years of the Stuntmen’s Association With Bob Herron