Situated on the highest mountain of the Changbai and Baekdudaegan ranges, Mount Paektu is an active stratovolcano. A large crater called Heaven Lake is in the caldera atop the mountain, formed by the “Millennium” eruption of 946, which sent about 30 cubic miles of tephra into the sky in one of the largest and most violent eruptions of the last 5,000 years. Not much is currently known about the volcano due to it being located inside the boundaries of two secretive nations.

But YouTube channel ‘Deep Dive’ revealed how it previously baffled scientists in their documentary ‘Why China’s Largest Volcano Is So Unusual’.

The narrator said: “In the Seventies, CT scans revolutionised medicine by giving doctors the ability to look into their patient’s body without having to make any cuts.

“They could look for tumours, infections and a variety of other problems in diseases safely and effectively.

“But geologists realised they could adopt this technology to finally reveal what was going on hundreds or even thousands of kilometres beneath the surface.

“Because the seismic waves produced by earthquakes move at different speeds depending on the temperature, density, water content and state of the rocks they travel through, you can measure the arrival times of these waves at various points across the surface.”

The series explained how the breakthrough was used to learn more about Earth, too.

It added: “This allowed scientists to quite literally cut open the Earth and see what is inside.

“Finally, it was possible to see processes that were long hypothesised – like the subduction of plates.

“There wasn’t the prominent low-velocity anomaly extending all the way down to the core-mantle boundary.

“Instead the anomaly seemed to end roughly 250 miles below the surface, which is much deeper than the source of any volcano near subduction zones, but not nearly as deep as the 1,800 miles that geologists had expected.”

The documentary explained why the find made Paektu unique.

“It showed what appeared to be a large barrier of unusually cold material, puzzling the scientific community.

“It was a completely new kind of volcano.” 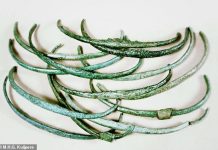 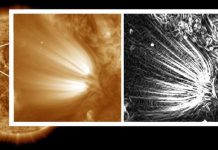 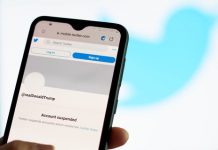 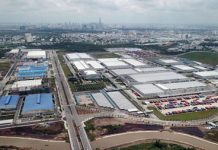 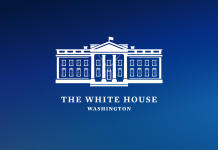 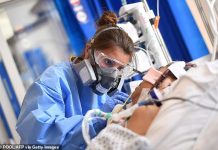