China and the U.S. Sabotage Their Own Tech Companies – The Wall Street Journal


China is investing $1.4 trillion to overtake the West in critical technologies by 2025. Beijing aims to control the commanding heights of 5G wireless, artificial intelligence, quantum computing and blockchain—technologies that promise to coordinate control between digital services and machines through the Internet of Things.

China seeks to dominate these technologies so it can monitor, and thereby control, the world. Washington, suddenly alert to this threat, is trying to limit the penetration of world markets by Chinese tech giants like Huawei.

The winner may be clear by the time the next U.S. president is sworn in. But victory won’t necessarily go to the country that invests the most or has the smartest scientists or developers. It may be the government that inflicts less damage on its tech sector for purely ideological reasons.

For decades, the Chinese Communist Party’s tolerance of capitalism spawned some of the world’s most innovative technology companies. China had nine of the top 20 technology firms by market value in 2018. Revenue from China’s software-development industry is projected to grow to $1.2 trillion this year with 14.5% of that booked as profit.

With armies of software engineers and oceans of capital, Mr. Xi could best the West simply by keeping his hands off the Chinese economy. Instead, he is busy waging a Maoist rectification campaign against China’s most innovative companies. This began with the cancellation of Ant Group’s initial public offering and the forced groveling of its founder, billionaire tech entrepreneur

Since then Mr. Xi has targeted Chinese businesses with restrictions and launched a “common prosperity” campaign against the wealthy. Mr. Xi’s cultural revolution undoubtedly will be sophisticated compared with the original, but the effect will be similar. Mr. Xi’s recklessness will dull his country’s technological edge when he needs it most.

Given Mr. Xi’s self-defeating strategy, President Biden might be able to win this race by doing nothing. Unfortunately, that hardly seems possible in today’s Washington. Proving that the U.S. is also capable of self-sabotage, the Biden administration and Congress are launching a campaign against our most successful companies.

The administration is attempting to jettison more than four decades of adherence to the consumer-welfare standard in antitrust enforcement. Under this standard, courts and enforcers judge a merger, acquisition or commercial practice on its impact on consumers. Federal Trade Commission Chairman

and her team of progressive advocates are reorienting antitrust enforcement in a way that they acknowledge isn’t “value neutral.” In a policy memo to all FTC staff, Ms. Khan declared the mission of the agency would change to a “holistic approach” to protect “workers and independent businesses as well as consumers.” Another FTC commissioner has said antitrust enforcement will now be dedicated to “equity” while promoting “racial inclusion.” Fine sentiments, but as standards for antitrust enforcement these buzzwords are too vague for any company to predict what the law requires. Such vagueness would give the FTC and other regulators a standard resembling China’s, by which any company can be prosecuted, extorted and forced to recite the regime’s ideological slogans.

In Congress, a bipartisan coalition led by

Prime’s free shipping. The legislation would require these firms to be “interoperable” with competitors, a provision that easily could result in China accessing immense amounts of U.S. customer data.

A House bill package currently under consideration would force U.S. tech companies to grant competitors direct access to U.S. data and digital infrastructure—including app stores, marketplaces and search engines—without requiring strong security requirements or safeguards. An industry white paper concludes: “This could entitle foreign companies, including those that are beholden to our adversaries, to seek access to source code associated with U.S. platforms, and to U.S. users’ data and behavioral insights.”

Ms. Klobuchar also is building a coalition for severely restricting the ability of large U.S. companies to acquire innovative technologies by buying U.S. startups. With this new Senate legislation now in play, House leaders likely will move their companion bills to the floor soon. Given the feverish hatred of big tech by Democrats and Republicans alike, these bills stand a great chance of becoming law.

If Ms. Klobuchar’s measures are embraced by Republicans, the consumer-welfare standard would be no more, and the FTC would become a regulatory leviathan. Her approach includes giving the FTC the power to levy a death-penalty fine on U.S. companies of 15% of their total U.S. revenue for the years the violation occurred. Ms. Klobuchar’s rectification campaign would bring American capitalism under the control of a woke bureaucracy.

The U.S. has one advantage over China: an independent judiciary that might halt this madness. If not for that, in the contest between China and the U.S. the question may be: Who will lose more?

Mr. Bork is president of the Antitrust Education Project. 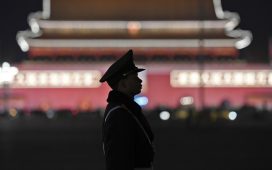 After 9/11, China grew into a superpower as a distracted U.S. fixated on terrorism, experts say – NBC News 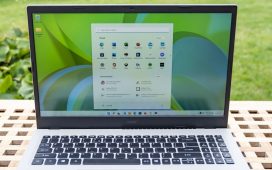 'This PC can't run Windows 11' error: How to fix the problem with TPM and Secure Boot – CNET 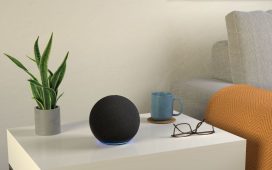 Alexa Guard – what it is, and how to use it on your Echo – TechRadar 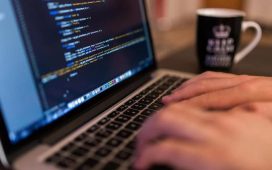 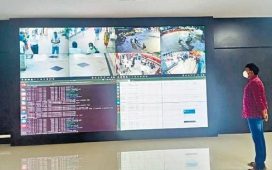 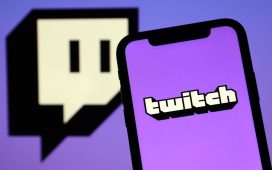