The Darfur genocide claimed the lives of an estimated 300,000 civilians, forced 1.6 million people to flee their homes inside the country and a further 600,000 refugees to spill across borders of neighbouring countries.

Of those internally displaced people (IDPs) affected by the large-scale conflict in this region of western Sudan, more than 60% were children, according to the UN Office for Coordination of Humanitarian Affairs.

By April 2003, Darfur’s reckoning had arrived. “Devils on horseback” – tribal militia, who dismounted, traded spears for Kalashnikovs and climbed aboard Land Cruisers. Now government-backed, highly mobile and without mercy or conscience, Janjaweed rebels had answered the president’s call-to-arms, bolstering support for the Sudanese army’s counter-insurgency to ethnically cleanse the uprising of Fur, Masalit, and Zaghawa tribal minorities which were aligned with the Sudan Liberation Movement/Army (SLM/A) and Justice Equality Movement groups.

Following aerial bombardment by the Sudanese army, Janjaweed rebels spilled through the villages. They killed, raped, looted and burned – and they abducted boys as child soldiers.

It is widely documented that children affected by the Darfur genocide were subjected to all of the UN’s “six grave violations against children during armed conflict”: killing or maiming of children; recruitment or use of child soldiers; rape and other forms of sexual violence against children; abduction of children; attacks against schools or hospitals; and the denial of humanitarian access to children.

During the genocide, people under siege in the remote villages of Kebkabiya, north Darfur, home to predominantly Fur and Zaghawa tribes, woke to the sound of gunfire and the screams of villagers. Khadija Abdullah, 35, witnessed her husband Ahmed leave their home never to return. He had gathered with the men of the village. All they had to defend themselves were primitive agricultural tools and they were killed where they stood. Families that were able escaped into night with just the clothes they wore.

Displacement during the conflict often occurred either in anticipation of attacks or, for Khadija, after the event that left her grieving, terrified and fleeing with her three children to safety.

Sudan’s former administration both instigated the humanitarian crisis in Darfur and prevented its resolution. Delivering aid in Sudan has not been without challenge. Strategies to delay, limit and deny access by aid agencies to civilians in need are well documented.

Today the security situation in the Darfur region remains unstable. More than 8 million people are in need of assistance. Urgent humanitarian intervention and protection of the most marginalised is required to prevent paralysing the generations that follow.

Sumbul Rizvi, the UN refugee agency’s principal adviser on internal displacement, who was stationed in a remote West Darfur field office from 2007 to 2009, says humanitarian intervention for the most vulnerable, including separated and orphaned children, was part of the UNHCR response. “We work with affected populations and their host communities to provide shelter, coordinate the work of partner agencies, and ensure that IDP camps and sites receive the attention they deserve.”

“The protection of children cannot be in isolation of their communities, who may continue to be exposed to risks even in displacement,” she says. “Ensuring protection and solutions for IDPs in Darfur is vital for a peaceful future for Sudan.”

International NGO Qatar Charity has worked with Sudan’s governments past and present to protect the fatherless or orphaned young people in Darfur through its “Rofaqaa” sponsorship programme since the conflict began. The scheme to date has ensured the provision of shelter, food, clean water, access to education and protection to more than 3,500 orphaned children in Darfur and 12,244 across Sudan.

However Sudan’s social welfare ministry estimated that orphaned or fatherless children of conflict numbered 45,000 in 2015 in South Darfur alone.

Mohamed Al Ghamdi, director of external affairs for Qatar Charity, says: “Our child protection strategy supports the continued UN-led international development plan for Darfur, by implementing a large number of projects for the reconstruction of the region in partnership with the UN Development Program and the Qatar Fund for Development … with the aim of promoting peace and development.”

Rahman Ali, 16, was only months old when he was carried to safety in the arms of his mother, Khadija, from their besieged village in North Darfur where his father was killed. For 10 years he was a beneficiary of the Rofaqaa programme. He hopes to contribute to promoting the peace that he says his country so badly needs.

However a key prerequisite for long-term peace and stability in Darfur is disarmament.

The Darfur peace agreements of 2006 and 2011 both required the disarmament and demobilisation of Janjaweed militia along with SLM/A and various rebel groups. While these were seen as steps in the right direction, to deliver successful demilitarisation there must be significant provision for alternative livelihood opportunities for ex-combatants. Should this not happen, the risk remains of re-recruitment to other factions, perpetuating a cycle of insecurity.

Indicted by the International Criminal Court for war crimes, genocide and crimes against humanity and deposed, convicted and incarcerated in a coup in Khartoum last year, former president Omar al-Bashir’s tenure has been marked by murder and genocide and left a legacy of families traumatised and destitute.

The pro-democracy revolution of 2019 brought change to Khartoum, and if Sudan’s transitional government can resist being drawn into foreign conflicts and instead provide a realistic prospect of return for the displaced, then perhaps establishing a new roadmap for peace in the region may be possible. 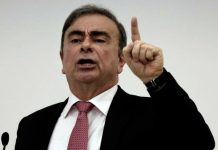 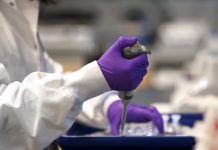 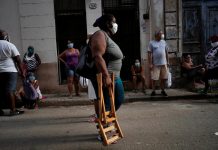 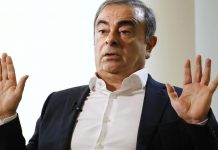 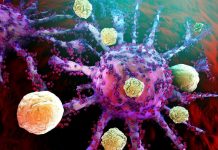 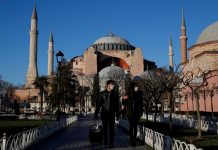 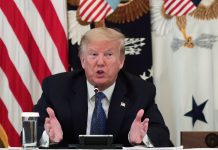 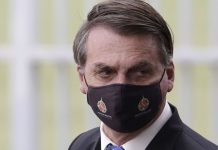