Children today read less frequently than any previous generation and enjoy reading less than young people did in the past, according to new research.

The work, to be published by the National Literacy Trust in the run-up to World Book Day on Thursday, shows that in 2019 just 26% of under-18s spent some time each day reading. This is the lowest daily level recorded since the charity first surveyed children’s reading habits in 2005.

It also found that fewer children enjoy reading, and that this dwindled with age: nearly twice as many five to eight-year-olds as 14 to 16-year-olds said they took pleasure from reading. Overall, just 53% of children said they enjoyed reading “very much” or “quite a lot” – the lowest level since 2013.

The poet and former children’s laureate Michael Rosen said the findings should act as a wake-up call for the government. “We have countless examples of research showing that children who read for pleasure widely and often are best able to benefit from what education offers. Berating parents, children or teachers for ‘failing’ will solve nothing. It [improving reading levels] needs full government backing, with as much money and effort as they put into compulsory phonics teaching, to support schools and communities in this.”

The survey found a marked gender divide when it comes to reading for pleasure: less than half (47%) of boys were keen readers, compared with 60% of girls. A third of children surveyed reported being unable to find things to read that interested them.

World Book Day, a charity event held annually in the UK and Ireland, will this year call on readers of all ages to “share a million stories” by reading aloud or listening to a story for at least 10 minutes a day with friends and family.

World Book Day chief executive Cassie Chadderton said this activity can turn a reluctant reader into a child who reads for pleasure. 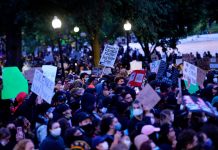 Did you solve it? The Zoom puzzle