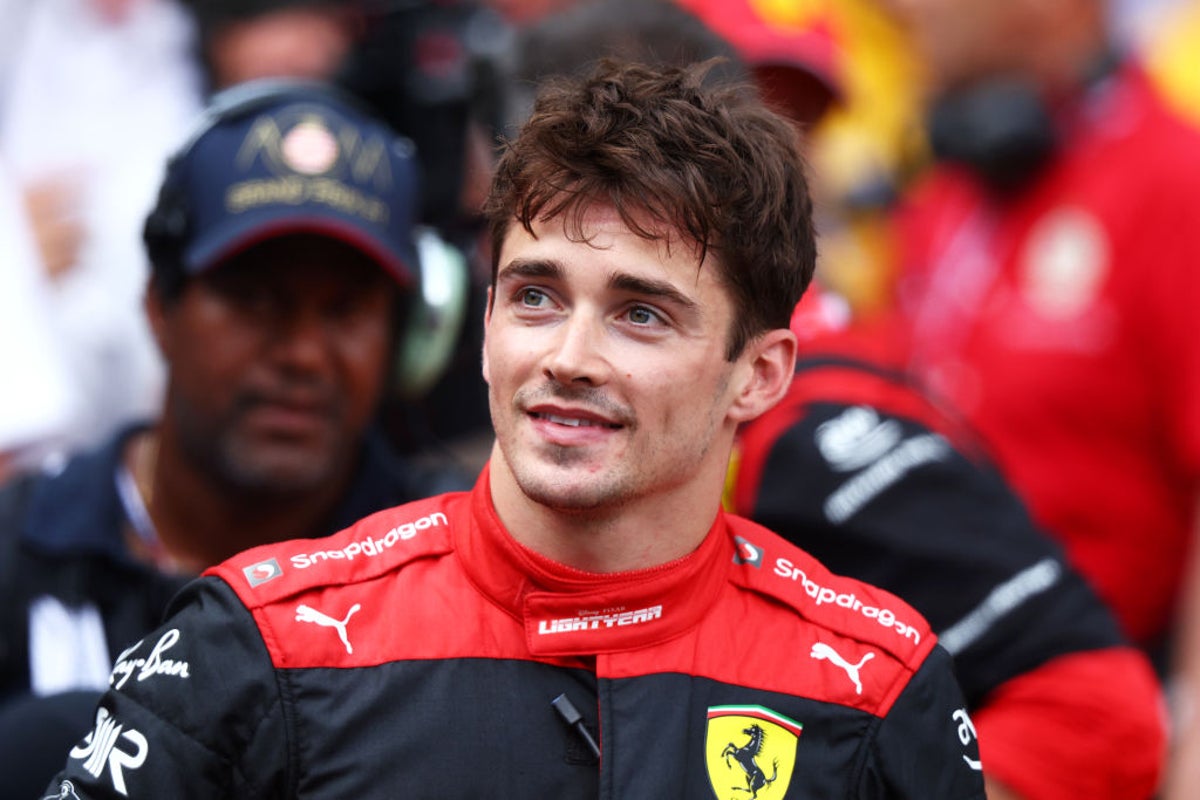 The Ferrari driver, born and raised on Monte Carlo’s famous streets, held his nerve to deliver an almighty lap under pressure as team-mate Carlos Sainz joined him on the front row.

The running was red-flagged with 30 seconds remaining when Perez spun into the wall on the entrance to the tunnel with Sainz then collecting the Mexican’s Red Bull.

Lewis Hamilton finished a disappointing eighth, two places behind George Russell in the other Mercedes.

Lando Norris has been battling tonsillitis this weekend, but the British driver qualified an impressive fifth in his McLaren.

Leclerc put his Ferrari on pole last year before crashing out in the final moments of qualifying. The damage sustained in the accident meant he was unable to start the race.

But fast-forward 12 months and the 24-year-old will begin Sunday’s 78-lap race as the fierce favourite to take to the top step of the podium, and possibly usurp Verstappen as the sport’s championship leader, with 13 of the last 20 races staged here won from the front.

Leclerc beat Sainz to top spot by more than two tenths, while Verstappen was three tenths adrift of his title adversary.

Hamilton’s revival at Barcelona a week ago looks set to be short-lived following a troubling weekend in his under-performing Mercedes.

Monte Carlo’s narrow and twisty streets represent a unique challenge and it does not suit the Silver Arrows. Hamilton was 1.184 seconds off Leclerc’s pace and four tenths behind his team-mate.

Q1 was suspended for a handful of minutes when Yuki Tsunoda clipped the wall as he entered the Nouvelle Chicane.

The Japanese driver was able to limp back to the pits, but Portuguese race director Eduardo Freitas elected to red-flag the running.

That led to an almighty scramble when the session resumed with a little over two minutes remaining, with Pierre Gasly the biggest casualty as he failed to post a speedy lap before the chequered flag fell.