Editor’s note: Be sure to check out Steve Surfaro’s Day 1 and Day 2 Tech Notes columns to learn more about security technologies highlighted during this year’s show.

Could this CES mark the turning point for affordable “industrial” IoT sensors used in real time image processing, object classification, natural language detection, speech recognition, precise noise elimination, object data extraction, and pathogen detection?  That question may appear complex, but it’s simply how security professionals can now discover virtually everything that is happening around them – from identifying vehicles entering a facility perimeter to humans carrying concealed weapons or drawing attention to the presence of invisible pathogens within a building.

There were also many introductions of Systems on Chip (SoCs), AI accelerators and software development kits (SDKs) to support the latest IoT neural networks or “brains.”  Some of these used natural language detection, speech processing, energy waveform analysis and even extracted barely perceptible speech amid a noisy trade show like CES.  The largest, and most inclusive use of the latest silicon, however, was processing visualization streams from the latest RGB or visible light cameras, together with LiDAR sensors, 3D imagers using time-of-flight (ToF), thermal imaging sensors, radar, and millimeter wave (mmWave).

Here are a few of the technologies and vendors I had an opportunity to see on the closing day of this year’s show:

Just prior to CES 2022, Ambarella, the leading AI vision silicon company, completed their acquisition of Oculii whose adaptive AI software algorithms are designed to enable radar perception using current production radar chips to achieve significantly higher (up to 100-times) resolution, longer range and greater accuracy. Radar used in the security industry and in advanced driver assistance systems (ADAS) use high frequency radio waves to get range, direction and velocity of objects that appeared like “blobs,” even through inclement weather and fog. With Oculii, the “blobs” are now objects with detail.

Security and public safety application have already begun the transition to “alternative” visual sensors and processing using 3D imaging, radar, LiDAR and more. At the Ambarella exhibition, those sensors, with AI processing, on their existing CV2 or new CV3 Vision Processors now render detailed three-dimensional images of many people, their faces, vehicles (make and model) as well as their occupants and license plates in real time at significant cost savings.  The similar size and form factor of 3D imaging, radar and LiDAR sensors with the CV3 development platform illustrates Ambarella’s continuous improvement in power management.

If privacy is required, the same “camera” with these sensors is providing another stream of a detailed wireframe or point-cloud-renderings without the visible light imagery.  In other words, the greatest detail of the person and what they are carrying, but without facial imagery to preserve privacy.

LiDAR uses pulsed lasers to build a point cloud, which is then used to construct a large 3D map or image. A ToF sensor in a 3D camera is able to reliably reconstruct individual objects in 3D, in real time, with detail and with fast frame rates. The “depth maps” can be colorized, or even merged with the RGB visible light camera.

This acquisition expands Ambarella’s addressable market into radar perception and fusion with its existing edge AI CV perception SoCs for automotive and other IoT endpoint applications, including mobile robotics and security. The fusion of Ambarella’s camera technology and Oculii’s radar software stack will provide an all-weather, low-cost and scalable perception solution, enabling higher levels of autonomy for automotive tier 1s and OEMs globally.

There were about 50 different individual demonstrations of object rendering and behavior recognition paired with sensors and processors at the Ambarella exhibit.  The most significant follow.

Vehicles are often the targets of the fast “smash and grab” activity or sophisticated gray market parts distribution.  A successful delivery of goods at a residence or business might involve some common behaviors, but also needs to be distinguished and recorded for anomalies.  In this demonstration, multiple visible light cameras with Ambarella SoCs and CNNs processed all these behaviors in real time.

When multiple people are in a video doorbell’s field of view, it can be useful to see what they were doing before the person depressed the door bell and their distances relative to the user at home or at a commercial entry.

A building lobby of a multi-tenant facility might require different screening, performed continuously and accurately. In this demonstration, each of four – 4K visible light RGB cameras were paired with 3D imagers producing eight streams, four of which used CNNs to process skeletal poses, object detection, face detection and something the person has with them (a body part).  Skeletal poses can quickly alert on slip and falls or crowding; object detection of package theft, visitors wearing masks, and weapons detection are all significant and time-sensitive data.

Legacy face matching algorithms can often be spoofed by 2D images of the person on file.  When a 3D ToF camera is used together with an RGB camera and SoC capable of fusing both streams and images via CNNs, false positives are statistically eliminated and trusted personnel entry is achieved.

Detailed visual imaging is not always necessary to maintain safe occupancy in a building or space; 3D imaging, radar or LiDAR streams can be processed by neural networks and an accurate occupancy for given spaces can be resolved in real time, or even projected by time., while maintaining privacy.

Can the coronavirus be transmitted through surfaces? What is the difference between cleaning and disinfecting for COVID-19? Can SARS-CoV-2 (COVID-19) particles in the air be detected and eliminated?

According to the National Center for Biotechnology Information (NCBI), sizes of aerosol particles generated by patients who were infected by the influenza virus ranged from 0.35–2.5 μm, a challenge for common air purification systems.  Variants, efficacy of prophylactics, conflicting certifications of high-level disinfection and sterilization processes have made this technology area of both high interest and speculation.

Narwal J2 is a robotic cleaner that utilizes LiDAR and SLAM technologies to intelligently navigate and map the environment and parks in an automatic mop-cleaning base station. The spinning mop with 10N pressure is applied against the floor, enhancing the cleaning effect.When the intelligent algorithm detects dirtiness of mopping pads, it automatically returns to base station to wash pads and resume work from where it stopped.  Users do not come in contact with allergens or dirt.

Schlage’s Encode Plus with Apple Home Key smart lock is the update to its Encode smart lock and adds compatibility with the Apple HomeKit and Apple Home Key, an NFC-based wireless system that lets you unlock your door simply by holding out your iPhone or Apple Watch. This touchless process avoids the previous generations where tapping in a code to unlock the door, or a Bluetooth-based auto-unlock mode could present potential security risks.

SoftBank Robotics partnered with Avalon SteriTech to debut the Whiz Gambit cleaning and disinfecting robot at CES 2022.  The Whiz is an autonomous cleaning robot that vacuums a space like a large version of the Roomba.  The Gambit is attached to the Whiz and adds a bio-decontamination component that sprays disinfectant as it moves around a room.

Valeo, a CES 2022 Innovation Awards honoree for its UV Air Purifier, a powerful air sterilization system for bus and coach cabins, is effective throughout the mass transit vehicle’s journey with passengers onboard.

Upon activation, the system eliminates, in a single airflow cycle, more than 95% of viruses, including COVID-19, as well as any bacteria or mold present in the air circulating in the cabin.

Valeo’s UV Air Purifier protects passengers as the air is passed through a “light labyrinth,” cleaned with 254 nm wavelength UV-C radiation purifying only the air circulating in the ventilation box. The UV rays do not produce ozone at that wavelength and work as both a bactericide and a germicide, killing microbes such as viruses and pathogens. Tested in European laboratories, the Valeo UV Air Purifier is compatible with buses and coaches of many types and sizes, with or without air conditioning.

Steve Surfaro is Chairman of the Public Safety Working Group for the Security Industry Association (SIA) and has more than 30 years of security industry experience. He is a subject matter expert in smart cities and buildings, cybersecurity, forensic video, data science, command center design and first responder technologies. Follow him on Twitter, @stevesurf. 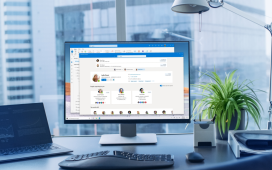 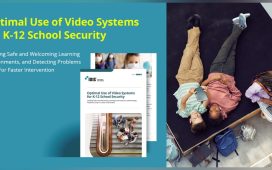 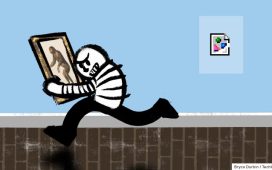 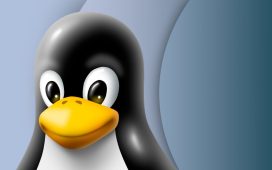 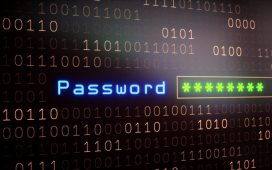 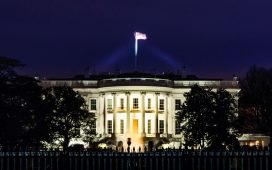 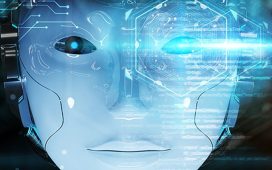 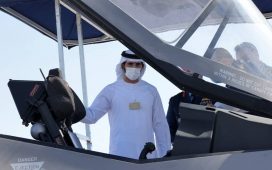 F-35 fighters, 5G networks, and how the UAE is trying to balance relations between the US and China – C4ISRNet