Most people would back well away at the site of a potentially deadly tiger snake – one of the world’s most venomous snakes.

But when 80-year-old Australian retired banker Bob Thatcher saw a one-metre tiger snake he had nowhere to go.

Alone in his small six foot by four foot fishing boat, Thatcher was 11km from shore when he saw the snake just centimetres from his feet. He was hoping to catch some bream and had just sat down after throwing the anchor into Lake Wellington – one of the coastal waterways in Victoria’s East Gippsland region.

“I could see this strange object I didn’t recognise. It was about 30cm from my feet, flicking its tongue out,” Thatcher told Guardian Australia.

He said he uttered an expletive or two during his ordeal on Thursday but declined to repeat the phrase he used to describe the snake. “I didn’t like the bugger – that’s all I’ll say,” he said on Monday.

After realising that getting out of the boat wouldn’t help “because it would still have been in there”, Thatcher started to head back to shore. At one point, he threw a jumper at the snake, to stop it slithering across the boat.

“There’s no way out and you only have six foot by four foot. It’s an uncomfortable situation.”

He called his son, who called a snake catcher and organised to meet him at the boat ramp. After a very nervous 30-minute ride, Thatcher arrived back onshore about 2.30pm.

Baden Peter of Gippsland Snake Catchers turned up to deal with the stowaway snake.

“It had gone down into this little hole where his fuel tank is and it would poke his head out every 20 minutes or so,” Peter said.

Tiger snakes can be unpredictable, with some individuals more aggressive than others, he said. “This one wasn’t too bad. It ran between my legs when I released it.”

It is not known how long the snake had been in the boat but Peter suspects it may have got on board while Thatcher was fishing. “We think it might have been swimming and it thought Bob’s boat was dry land – that’s the idea I’m leaning towards.”

The 30-minute duration of Thatcher’s journey back to shore was more than enough time for a bite from a tiger snake to be fatal.

Prof Geoffrey Isbister, a snake venom expert and founder of the Australian Snake Bite project at the University of Newcastle, said Thatcher had had a lucky escape.

“It’s one of our most venomous snakes. It’s certainly life-threatening and we have had deaths on the east of Australia from tiger snakes seen in the last five years.”

Isbister said tiger snake venom could cause a victim to collapse within 15 minutes depending on the severity of the bite. Victims can suffer blood clotting and the venom, a neurotoxin, can cause paralysis.

Anyone bitten by a snake, he said, should remain completely still, apply a pressure bandage to immobilise the bite area and then “get to hospital as quickly as possible”.

“There’s good evidence that if you are envenomed, the earlier you get antivenom the better,” Isbister said. 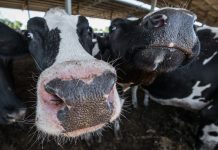 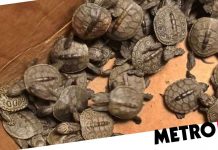 800 turtles hiding from the cold rescued from storm drain 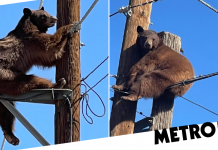 Long-term stress in dogs linked to the owner-dog relationship

New vaccine blocks COVID-19 and variants, plus other coronaviruses 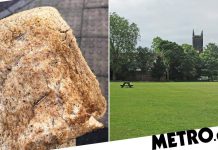 Down boy: why grumpy dogs are more intelligent than happy-go-lucky hounds