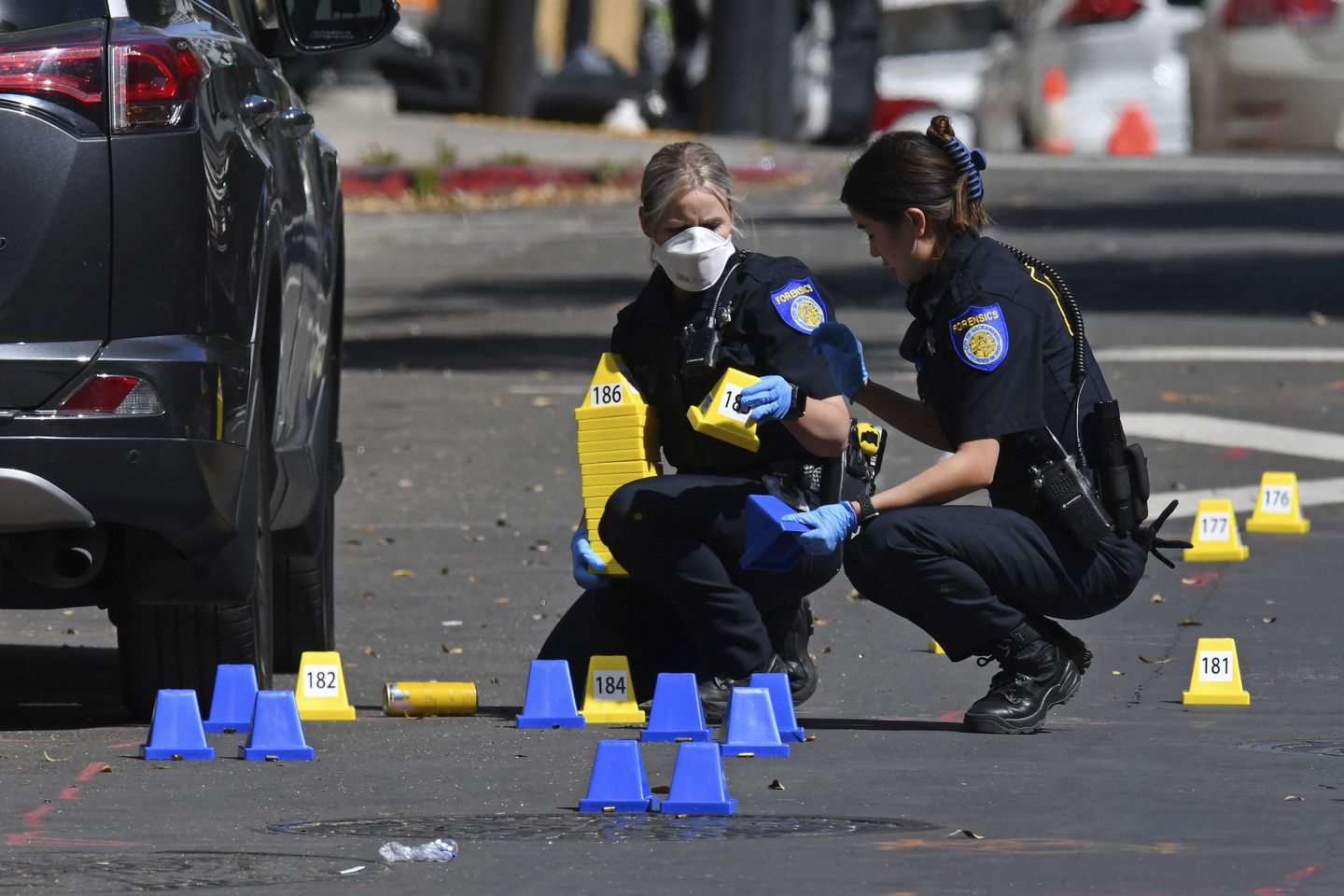 The gun-homicide rate jumped by a whopping 35% in 2020 against the backdrop of the pandemic while gun-involved suicides remained steady but alarmingly high, the Centers for Disease Control and Prevention said in a new report Tuesday.

The alarming report underscored the ripple effects of COVID-19’s impact on America and the agency’s decision to target gun violence after a decades-long silence.

Rates increased among all age groups in both urban and rural areas and the largest increases were among Black men aged 10 to 44 years.

The firearm suicide rate was relatively steady — from 7.9 per 100,000 persons in 2019 to 8.1 in 2020 — though rates increased at a greater rate among American Indian or Alaska Native men ages 10 to 44. Also, the overall gun-suicide rate is higher than the gun-homicide rate and around a full point higher than a decade ago.

Guns were involved in nearly eight in 10 homicides and just over half of suicides in 2020, representing slight increases in both categories compared to the most recent years. Death certificates often do not cite the specific type of firearm used in a homicide or suicide but most cases involve a handgun, officials said.

The CDC said the drivers for the increases are hard to pin down but it pointed to possible culprits: Widespread disruptions in health, social, and emergency services during the COVID-19 pandemic; strains in law enforcement-community relations reflected in protests over the police and its use of lethal force; increases in gun purchases; and violence between intimate partners.

“The COVID-19 pandemic might have exacerbated existing social and economic stressors that increase risk for homicide and suicide, particularly among certain racial and ethnic communities,” the CDC wrote in its Morbidity and Mortality Weekly Report.

CDC Director Rochelle Walensky said the stats should be a call to action.

“The tragic and historic increase in firearm homicide and the persistently high rates of firearm suicide underscore the urgent need for action to reduce firearm-related injuries and deaths,” she said. “By addressing factors contributing to homicide and suicide and providing support to communities, we can help stop violence now and in the future.”

Concerns around gun-related crime persisted in 2021 and were underscored by a harrowing shooting on a subway platform in New York City last month.

President Biden has acknowledged a mental health crisis as America emerges from the pandemic and pointed to homemade “ghost guns” without serial numbers as fueling a crime wave. Republicans, meanwhile, are blaming lax liberal policies for high crime rates and chaos on the streets.

The fact the CDC is weighing in at all is notable and it is expected to spark pushback from gun-rights advocates who say federal scientists will pivot from a heavy hand in COVID-19 prevention to gun control.

“Firearm deaths are preventable — not inevitable — and everyone has a role to play in prevention,” said Debra Houry, the CDC’s acting principal deputy director and director at the CDC’s National Center for Injury Prevention and Control. “Resources like CDC’s violence prevention technical packages and surveillance systems can give leaders tools to lay the foundation for healthier and safer communities.”

For years, the CDC avoided gun-violence research out of fears it would be punished under the “Dickey Amendment,” which took effect in 1996 and prohibited the funding of government studies that could be used to advocate for gun control.

The freeze named for Rep. Jay Dickey, a Republican from Arkansas, began to thaw during the Trump administration when Health Secretary Alex Azar told Democrats that government funds could be used for CDC research into gun violence but not explicitly to advocate for gun control.

The fiscal 2020 budget included $25 million for the CDC and National Institutes of Health to research gun deaths and injuries — the first appropriation of this kind since 1996.

Dr. Houry said the reporting itself was not a dramatic change, noting the agency has tracked these deaths for years and that advocacy is something “which CDC does not do and has never done.”

Yet she underlined the impact of congressional appropriations, saying it allowed them to fund 18 “promising” projects that address gun violence. They include programs that teach young people about the safe handling of guns ones aimed at reducing retaliatory violence in cities.

The CDC is leaning into the issue under President Biden, who at the start of his administration pointed to a “gun violence public health epidemic.”

Dr. Walensky said in late 2021 she would ramp up gun research after a particularly violent summer.

“Something has to be done about this,” she told CNN. “Now is the time — it’s pedal to the metal time.”

Gun-rights advocates are leery, pointing to the ghost gun effort as the initial phase of a gun grab that papers over an inability to restore public safety.

The National Rifle Association said the CDC is pivoting from a “flailing” response to COVID-19 to control over other aspects of people’s lives.

“Call it mission creep, the bureaucratic imperative, greed, or a function of ideology, but it is clear that the CDC and public health officials are seeking to exert control over a greater number of people in a larger and increasingly tenuous array of circumstances,” the NRA’s Institute for Legislative Action said in an article that responded to Dr. Walensky’s comments last fall.

The organization said a Supreme Court decision striking down the CDC’s eviction moratorium suggests the agency is willing to stretch the limits of its powers, so it is watching the gun effort closely.

“Time will tell if the CDC intends to employ a similar disregard to federal funding restraints. Given the agency’s lackluster performance on COVID-19 and declining public trust, CDC should get back to basics by following the law and confronting the pandemic,” it wrote.

CDC officials on Tuesday tended to focus on underlying societal issues instead of direct efforts to curtail the flow of guns. They highlighted efforts to reduce income and housing inequities, tackle domestic violence or drug abuse that can lead to violence, and programs that help young people solve problems without violence.

They also cited preexisting racial disparities that only worsened during the pandemic, particularly in areas of high poverty.

“Notably, the largest increase occurred among AI/AN persons, resulting in this group having the highest firearm suicide rate as of 2020,” the CDC wrote. “Racial and ethnic minority groups are more likely to live in communities with high surrounding poverty, and firearm homicide and suicide were also associated with poverty.” 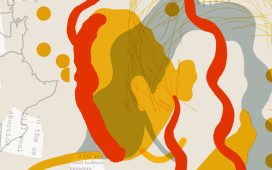 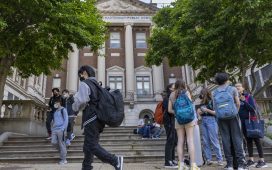 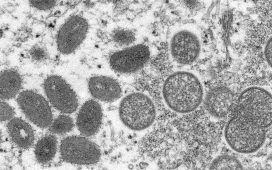 CDC: U.S. to release vaccines from stockpile for monkeypox fight 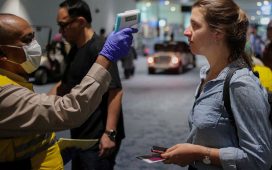 Monkeypox outbreak is 'containable,' WHO says as it confirms more cases 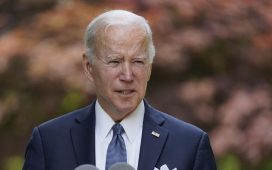 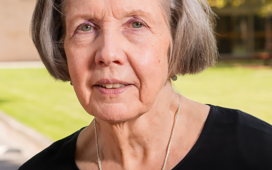 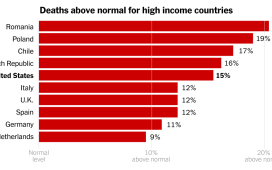 Where Death Rates Rose the Most During the Pandemic