The Catholic sector has welcomed enhanced powers to hire and fire teachers based on “ethos” as Scott Morrison moved to reassure that gay students would not be worse off under the government’s religious discrimination overhaul.

Morrison on Thursday introduced the Coalition’s religious discrimination bill almost three years after it was first promised. The prime minister said the “soul and the spirit” of an individual needed to be protected like other personal attributes and the bill would be a foil to “cancel culture” by preventing marginalisation of people of faith.

Staring down an internal revolt over stalled changes to protect gay students, also promised in 2018, Morrison told the parliament that “nothing in this bill allows for any form of discrimination against a student on the basis of their sexuality or gender identity”.

The Equality Australia chief executive, Anna Brown, noted LGBTQ+ students can already be expelled under carve-outs in the sex discrimination act and the bill failed to remedy that. She warned the bill would “wind back hard-fought protections for women, people with disability, LGBTIQ+ people, and even people of faith” by licensing religious speech targeting those groups.

The package will allow schools to discriminate on the grounds of religion in their hiring, provided they publish a public policy explaining their ethos.

A new clause would allow the federal government to override a state law on educational institutions’ employment practices by regulation.

A separate “consequential amendments” bill clarifies this section specifically targets mooted changes in Victoria that would limit discrimination in favour of religious people in schools’ hiring to instances where it is an “inherent requirement” of the role.

The attorney general, Michaelia Cash, told Senate question time the bill only deals with hiring and firing based on religious ethos, not other protected attributes such as sexuality.

Earlier, the assistant attorney general, Amanda Stoker, told Radio National she would not “split hairs” over the claim gay students have been expelled and teachers fired for their sexuality.

Asked if a Christian school could refuse to hire a gay teacher, Stoker said it would “depend a great deal upon what that school is prepared to be up front with the community about” in their public policy – suggesting “ethos” provisions could be used for that purpose.

The head of the National Catholic Education Commission, Jacinta Collins, told Guardian Australia the federal override “highlights the problems and issues with the Victorian bill” and she would be “very pleased” if the federal changes passed.

The Victorian opposition had received legal advice that Catholic schools could effectively be limited to giving preference to Catholics only in principal and deputy principal positions, not teachers, she said.

Collins cited the Morrison government’s decision to tear up Victoria’s Belt and Road deal with China as evidence it was “not as unprecedented as [LGBTI lobby group] Equality Australia suggests” to override state law.

Collins complained of “the problem of lawfare” whereby teachers may claim they are being discriminated against based on “inherent characteristics” such as sexuality “when it’s actually about something else such as exposure of pornography in class”.

Asked how characteristics like sexuality could be protected in law if schools could sack teachers for being in a same-sex relationship, Collins replied she was not aware “of an example like that”.

“We expect teachers to respect the religious ethos they’ve chosen to work within – if a teacher has a difficulty with religious ethos of a school, their choice is to work in other sectors.

Archbishop Peter Comensoli, from the Australian Catholic Bishops Conference, said Catholic institutions “want the freedom to hire people for the sake of our mission, just like other non-faith-based organisations”.

“Operating religious organisations, such as religious schools, according to their mission includes recognising their ability to hire staff who want to teach and model the vision of the school.”

Ahead of the release of the religious discrimination bill, Cash asked the Australian Law Reform Commission to prepare “detailed drafting” to ensure children are not discriminated against in faith-based schools.

On Tuesday Liberal moderates including Andrew Bragg and Dave Sharma told the Coalition party room that protections for gay teachers and students should be considered at the same time, not 12 months after the religious discrimination legislation.

On Thursday Morrison said in the age of “identity politics” people are often “identified by our gender, our age, our sexuality, our race, our ethnicity, or our level of physical or intellectual ability”.

“These are known as protected attributes, and they should be,” Morrison told parliament.

“We are rightly protected against discrimination in relation to any of these attributes, but … human beings are more than our physical selves.

“As human beings, we are also soul and spirit. We are also, importantly, what we believe. For many, this can inform who they are more than anything else. The protection of what we choose to believe in a free society is essential to our freedom in a liberal democracy.”

But Morrison warned “many people from various religious traditions are concerned about the lack of religious protection against the prevalence of ‘cancel culture’ in Australian life”. “It’s true, it’s there, it’s real.

“The citizens of liberal democracies should never be fearful about what they believe, the lives they lead, or the God they follow, if indeed, they choose to follow one or acknowledge one at all.

“Australians shouldn’t have to worry about looking over their shoulder, fearful of offending an anonymous person on Twitter, cowardly sitting there abusing and harassing them for their faith, or transgressing against political or social zeitgeists.”

Morrison urged Australians to “veer away from the artificial, phoney conflicts, boycotts, controversies and cancelling created by anonymous and cowardly bots, bigots and bullies”.

He said the “sensible and balanced” bill would protect people of faith from those “who seek to marginalise and coerce and silence people of faith” because they shared the same view of the world.

“People should not be cancelled or persecuted or vilified because their beliefs are different from someone else’s in a free liberal democratic society like Australia.”

In a statement the shadow attorney general, Mark Dreyfus, said Labor “supports the extension of the federal anti-discrimination framework to ensure that Australians are not discriminated against because of their religious beliefs”.

He added Labor would be guided by three principles including that “any extension of the federal anti-discrimination framework should not remove protections that already exist in the law to protect Australians from other forms of discrimination”.

Dreyfus called for a joint select inquiry, complaining that the government’s plan to pass the bill in the lower house before sending it to a Senate inquiry would force MPs to vote before proper consultation. 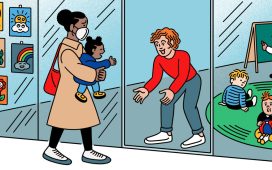 Is It OK to Claim a Religious Exemption to the Covid Vaccine? 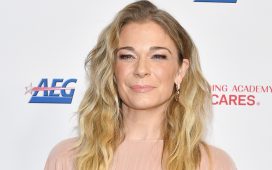 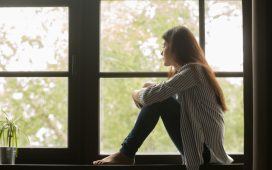 Most Millennials Say They Are Dissatisfied with Their Personal Relationships, Study Finds 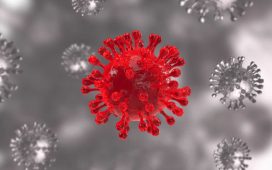