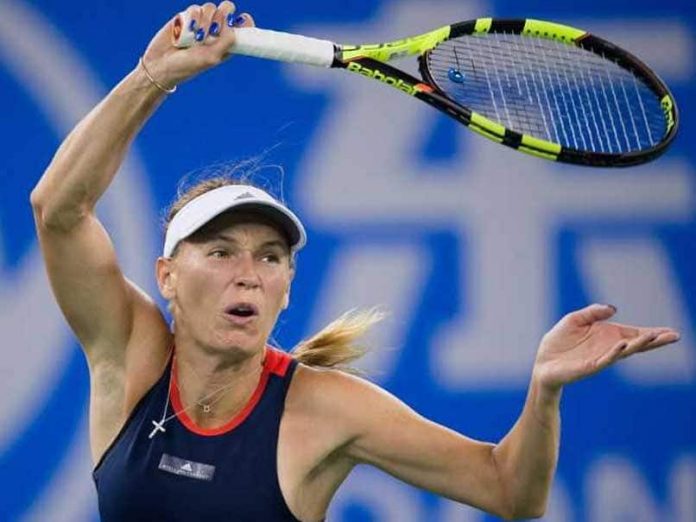 World number two Caroline Wozniacki and Wimbledon champion Angelique Kerber eased through their opening matches at the Wuhan Open in China on Tuesday. Australian Open champion Wozniacki, who received a first-round bye, was barely troubled by the 61st-ranked Swede Rebecca Peterson, winning 6-4, 6-1 to set up a third-round clash with Olympic champion Monica Puig, who romped past Aliaksandra Sasnovich 6-2, 6-2. Peterson offered some resistance in the first set, breaking Wozniacki’s serve at 5-2, but faded as the Dane — who lost her first match at Japan’s Pan Pacific Open last week — quickly regained control as she looks for a good run in Wuhan to secure a return to the WTA Finals, which she won last year.

“It’s great to get a good start, obviously. Every match counts,” Wozniacki said.

“I’m just trying to keep my head down and keep focused and try to win as much as I can to get that (WTA Finals) spot.”

World number three Kerber has already qualified for next month’s Finals which will be held in Singapore and advanced after a knee injury forced her American opponent Madison Keys to retire.

The German looked set for a big win over the 2017 US Open semi-finalist and was leading 6-0, 4-1 when Keys could not continue.

“I was feeling good. I played the first set really well,” Kerber said. “It’s nice to be in the next round.

“The first rounds are… not easy. You have to find your rhythm.”

Kerber, who could return to world number one with a successful end to the season, said earlier this week she was not concerned about rankings.

“For me it’s the most important thing, that I go on court, play my best, have fun out there, enjoying every single moment,” she said Monday.

“We will see what’s happening at the end of the year.”

Nine of the world’s top 10 are at China’s $2.7 million Wuhan Open. US Open winner Naomi Osaka withdrew with an illness after losing the Pan Pacific Open final on Sunday.

Six spots at the WTA Finals next month remain up for grabs with only Halep and Kerber securing their places so far.

Sixth-ranked Elina Svitolina became the biggest Wuhan casualty so far when the Ukrainian was beaten 6-4, 2-6, 6-1 by 20th-ranked Aryna Sabalenka of Belarus.