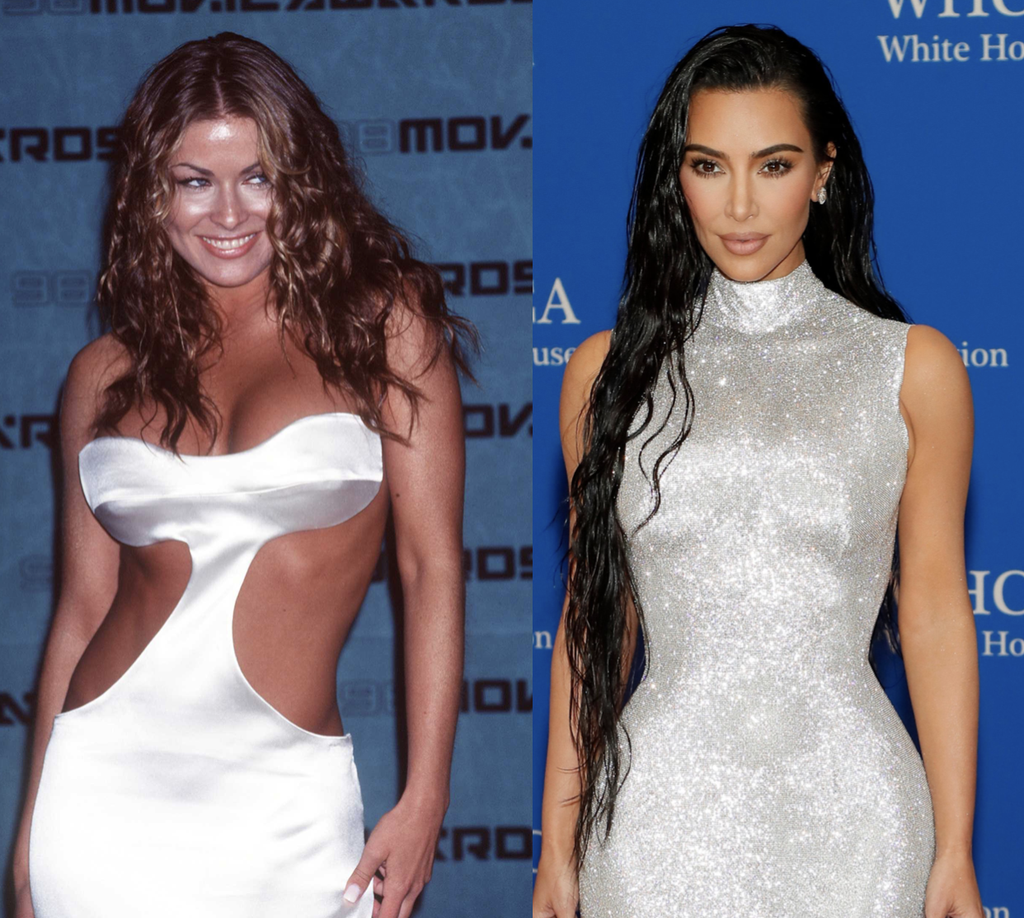 Carmen Electra has praised Kim Kardashian for her “amazing” outfit, in which she recreated one of the actor’s iconic dresses from the 1990s.

Last April, the 41-year-old reality star posted a photo on Instagram of what seemed to be a replica of a white strapless and backless dress, with the sides cut out, that Electra had previously worn almost 25 years ago.

The Baywatch star discussed Kardashian’s gown during a recent interview with Us Weekly, acknowledging how great the Skims founder looked and recalling how “daring” of an outfit it was to wear in the 1990s.

“I love Kim — we worked together in the past — and I think she looked amazing in that dress,” she said.

“I wore that Stephen Sprouse dress to the MTV Movie Awards in 1998 and remember it being daring for the time. I think her fashion is always on point and I love that she is inspired by the ’90s”.

Electra also applauded Kardashian last month on Instagram, where she posted a side-by-side photo of herself and the model wearing the white gown.

“I still have this dress,” the Meet the Spartans star wrote in the caption. “@kimkardashian remade this designer dress and I think it’s flattering not a completion ! I think it’s cool…Shouting out love to the ladies, always have !!!!!!!!”

Kardashian expressed her admiration for Electra in the comments, as she wrote: “The most beautiful!!!! Miss u Carmen! Forever the style icon.”

Electra has previously opened up about the white gown and how she felt when wearing it. While speaking to Vogue back in 2017, she said that even though the dress was “small” and a bit of a “mystery” to her, it has been considered a beloved look even years later.

“The dress was long and white and the top was really, really small with the sides cut out and it was very low in the back,” she explained. “It had a clear strap holding [it] on. It was a mystery as to how this dress stayed on. My boobs were kind of pouring out of the dress and I literally was on every ‘Worst Dressed’ list in that dress.”

“But I was looking at it [recently] and I was like, ‘It’s so covered today,’” she added. “In the ’90s, it was really hard [if] you wanted to wear sexy clothes. Of course you do in your twenties and thirties.”