Cardinal George Pell, Australia’s most senior Catholic who was found guilty and then acquitted of child sexual abuse in recent years, has died in Vatican City aged 81.

Pell, the former archbishop of Melbourne and Sydney, died on Tuesday evening after suffering a cardiac arrest following hip surgery in Rome.

He had attended the funeral of Pope Benedict XVI days earlier.

Pell – a staunch conservative who opposed same-sex marriage, homosexuality, abortion and contraception – rose through the ranks of the Catholic church in Australia before being placed in charge of the Vatican’s finances in 2014, making him the most senior Australian Catholic in history.

In 2018 Pell was convicted of molesting two teenage choirboys in the sacristy at St Patrick’s Cathedral while he was archbishop of Melbourne in 1996. He always maintained his innocence and his convictions were quashed in a unanimous decision by the high court in 2020.

A polarising figure in his home country over several decades, Pell attracted criticism for suggesting abortion was a worse moral failing than Catholic clergy abusing children, describing contraception as a “heresy” and actively lobbying the Australian government against the legalisation of same-sex marriage.

A royal commission into institutional child abuse in Australia later revealed that Pell had known of children being sexually abused within the archdiocese of Ballarat in the 1970s, and criticised him for not doing more to have paedophile priests removed from the church.

Senior Catholic figures in Australia were quick to praise Pell following news of his death on Wednesday, saying he had given “strong” leadership to the church.

The archbishop of Sydney, Anthony Fisher, said he was shocked by Pell’s sudden death.

“It is with deep sadness that I can confirm His Eminence, George Cardinal Pell, passed away in Rome in the early hours of this morning,” he said. “This news comes as a great shock to all of us.

“Please pray for the repose of the soul of Cardinal Pell, for comfort and consolation for his family and for all of those who loved him and are grieving him at this time.”

He is well known for setting up the Melbourne Response – the archdiocese’s much-criticised system for responding to claims of clergy abuse – in 1996, while archbishop of Melbourne.

Pell served as the first prefect for the Economy of the Holy See for five years, between 2014 and 2019. The position is regarded as the third most senior in the Vatican.

An Australian royal commission into child abuse found in 2020 that it was “implausible” Pell hadn’t been told why Gerald Ridsdale, a notorious paedophile priest, was being moved from parish to parish in Ballarat in the 1970s.

Pell had always insisted he had heard no rumours about Ridsdale and said he was “surprised” by the royal commission’s findings, which he said were not supported by evidence.

The royal commission also found that Pell should have advised his superiors to remove paedophile priest Peter Searson in 1989, after a group of parents complained to him about Searson’s conduct.

“We found that he should have advised the archbishop to remove Father Searson and he did not do so,” the commission said.

Pell conceded that he should have been more “pushy” about Searson’s removal.

The royal commission also heard and accepted evidence that a man named Timothy Green tried to bring concerns about paedophile brother Edward “Ted” Dowlan to Pell in 1974. The commission found Pell said words to the effect of “don’t be ridiculous”, before walking away.

“Cardinal Pell was a very significant and influential Church leader, both in Australia and internationally, deeply committed to Christian discipleship.

“Cardinal Pell led the local Church of Melbourne from 1996 to 2001 with strong leadership in the Catholic faith and with good governance, before being transferred to Sydney and then to Rome.”

Experts have described Pell as “one of the most conservative figures of his generation” and a powerful conservative voice within the church.

In 2012, he described same-sex marriage as a “grave injustice” to children and pleaded with the Australian government not to legalise it.

Last year, he called for the Vatican’s doctrine office to intervene and reprimand two leading European Catholics who wanted wholesale changes in Catholic teaching on homosexuality.

Pell was heavily criticised in 2002 for suggesting abortion was a “worse moral scandal” than Catholic clergy abuse of young people.

Pell was also strongly opposed to contraception, describing any Catholic support for it as “heresy” and warning that the pill had created a “contraceptive” mentality with “evil consequences” for the world.

“His many strengths were widely recognised, both in Australia and around the world, as his Vatican appointments as Prefect of the Secretariat for the Economy and as a member of the Council of Cardinals, an advisory group to Pope Francis, testify,” he said.

“Cardinal Pell’s impact on the life of the Church in Australia and around the world will continue to be felt for many years.” 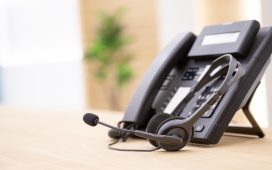 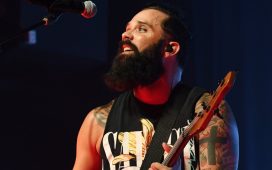 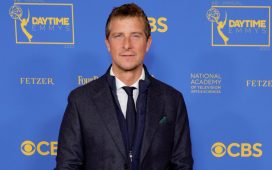 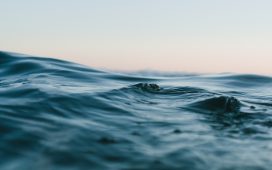