Canadian taxpayers have been paying some of the security costs for Prince Harry and Meghan Markle.

But that will stop within weeks as the couple complete their separation from the British Royal Family.

A spokesperson for Public Safety Minister Bill Blair told Global News that Canadians have been paying some of the security costs for the Duke and Duchess of Sussex since November 2019 but will stop doing so “in the coming weeks.”

“The Duke and Duchess of Sussex choosing to re-locate to Canada on a part-time basis presented our government with a unique and unprecedented set of circumstances,” said Mary-Liz Power, confirming a statement Public Safety Canada had previously given to the CBC.

“The RCMP has been engaged with officials in the U.K. from the very beginning regarding security considerations. As the Duke and Duchess are currently recognized as Internationally Protected Persons, Canada has an obligation to provide security assistance on an as-needed basis.

“At the request of the Metropolitan Police, the RCMP has been providing assistance to the Met since the arrival of the Duke and Duchess to Canada intermittently since October 2019. The assistance will cease in the coming weeks, in keeping with their change in status.”

The Duke and Duchess of Sussex have announced they will formally exit the Royal Family on March 31.

They announced their decision to step back from royal duties in January after spending the holidays with their infant son Archie on Vancouver Island, where they are now living.


They have said they intend to split their time between Canada and the U.K., where they also maintain Frogmore Cottage on the Windsor Castle grounds.

The couple, who have faced intense media scrutiny by British tabloids since their engagement in November 2017, have been vocal in their criticism of what they deem as unjustified intrusions into their private lives.

They framed the decision to quit royal duties as an attempt aimed at “removing the supposed ‘public interest’ justification for media intrusion into their lives.”

While they will retain their titles as His Royal Highness and Her Royal Highness, they will not actively use them and will not be allowed to use any iteration of the word “royal” in their public branding and in their work to establish new charitable organizations.

The pair have also said they intend to become financially independent and privately-funded, and stop their use of taxpayer dollars.

2:01What will Prince Harry and Meghan’s new life look like after stepping away as working royals?

What will Prince Harry and Meghan’s new life look like after stepping away as working royals?

Last year, the couple sued British media over “continual misrepresentations” and Markle told a British TV reporter during a documentary interview that she’s been struggling with the intensity of the media scrutiny on her since she became part of the Royal Family.

ITV News at Ten anchor Tom Bradby asked Markle during that interview how she was doing.

“Thank you for asking, because not many people have asked if I’m OK, but it’s a very real thing to be going through behind the scenes,” Markle said.

“And the answer is, would it be fair to say, not really OK?” Bradby then asked.

“I never thought that this would be easy, but I thought it would be fair,” she also added.

1:02Meghan Markle opens up about the stress of being in the spotlight as a new mom 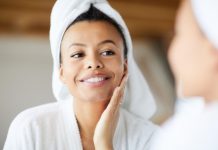 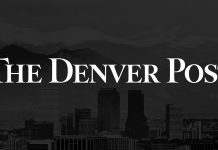 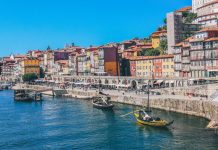 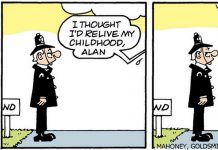