Diving into the campaign app for Donald Trump’s re-election campaign results in a radically different experience than the app for Joe Biden’s campaign.

It is a difference that illustrates a key aspect of how the Trump campaign is going about organizing online during the coronavirus pandemic versus Biden’s effort: the former is mobilizing its own base, and the latter is seeking to broaden it.

The Trump campaign’s app and digital footprint increasingly reflects an emphasis on activating its passionate communities of supporters. Meanwhile, the Biden campaign has thus far taken a far more traditional approach, with an app and organizing events that point more to the list-building approach common among federal and statewide campaigns. It allows for voters that aren’t necessarily hardcore Democrats or Biden supporters.

In a campaign where door-to-door knocking is limited because of the coronavirus, strategists are having to explore new online ways of rallying voters and collecting information on potential supporters.

“People don’t want you to knock on their door any more. Digital does that now. They haven’t wanted to go to events. Only old people want to go to events. Well, you’ve seen digital solve all that with Zoom. You’ve seen digital solve that with an app,” said Republican strategist Jim McIntosh. “Coronavirus has sped up the natural cycle of things. We were already going this way but digital impact will have the biggest impact this year.”

Strategists have taken note of the differences in the two presidential campaigns’ approach.

“What Trump is doing with the app that I think is so interesting … is he’s really building up this idea of ‘us versus them. You’re on our team. You’re with us,’” said Democratic digital strategist Stefan Smith, former online engagement director for Pete Buttigieg’s presidential campaign.

“So you become this sort of under-siege political minority … because that’s the language they’re using, even though they’re winning. That mentality keeps them feeling like, ‘OK, we have to stay together’, and then you’re getting constant uploads.”

The difference between the two apps is apparent from the minute the downloads have completed.

The Trump campaign app sends out multiple email alerts over a few days – the Biden campaign app over the same period barely sent out any. Both campaign apps offer updated lists of events, but the Trump campaign app also offers other ways to help it. You can help registering voters, become “a bundler” for fundraising, “Host a Maga meet-up”, join the campaign’s election day team, or “Become a Trump team leader”. There’s also a point system on the app for rewards.

“This is about energizing the base and getting more out of the same people,” said Republican strategist and ad maker Will Ritter.

For the Biden campaign app, there are standard links to make calls, send texts, volunteer and donate, and a list of campaign events. But there is no point system. And the variety of ways to engage with the campaign is smaller.

It’s a similar situation with supporter events online. Both campaigns send out fundraising and supporter emails. Both campaigns have migrated mostly to holding events online with surrogates. For Biden, it’s often himself and other elected officials or leaders of various wings of the Democratic party; for Trump, it’s minor icons within the larger Trump movement.

But the Trump campaign has been much more aggressive about slicing up and offering various groups for Trump supporters. The campaign regularly distributes a weekly broadcast schedule of online events with groups like “Black Voices for Trump” and “Maga Mamas” and an event featuring Lara Trump, the president’s daughter-in-law. Trump himself doesn’t participate in those events but he doesn’t have to as he has the bully pulpit of his office. Oftentimes during the pandemic official White House events involving Trump have been featured live on major cable networks.

Smith said that another major difference between the campaign’s online approach has been the types of voters the campaigns are trying to reach.

“[The Trump] ecosystem is really about sharing, putting things on your own social media profile. Like if you look at the instructions on the app,” Smith said, pointing to the step-by-step instructions on the Trump campaign app to invite friends and use specific hashtags.

Those directions are for a specific audience of older Trump supporters who may not be as savvy as younger voters. “It has instructions in the app – ‘How do you sign up for a Facebook page?’ Not: how do you post on one? But they’re helping their older supporters get on Facebook just to spread news about the president to earn points so that they can maybe see him and get merch or whatever.”

Smith added: “This is a base strategy. This is the assumption that if we can get everybody in the same direction and we don’t lose anybody then we can keep them.”

Even before the Democratic presidential primary shrank to only Biden, strategists fretted about the data lead Republicans and the Trump campaign had been building over their Democratic rivals.

Even before the coronavirus pandemic emerged, the Trump campaign was more focused on rallying base voters with its big rallies. That was a sign, Ritter said, of where the campaign’s priorities have been.

“The purpose of a rally is not to just excite the human beings in the room. It gives a thing for your base supporters to participate in. Maybe, while they’re there and pumped up you can push them farther down the funnel,” Ritter said.

“You can turn the supporter to a volunteer, and a volunteer to a door knocker or a donor. You’ve got to feed the beast. You’ve got to give supporters a place to put their energy and enthusiasm, to organize around, give them something to watch because an email that says: ‘Stay tuned, Joe Biden is about to do another Zoom from his basement!’ – it’s not going to get the job done,” Ritter added. 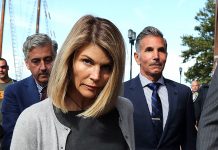 Workers Looking to Be Rehired Face ‘a Very Long Haul’ 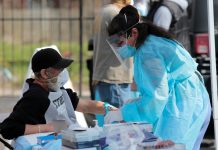 Trump news – live: President says he would have done ‘nothing’ differently to stop pandemic as death toll nears 94,000 and will soon stop... 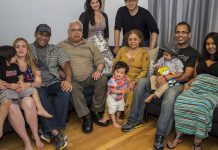 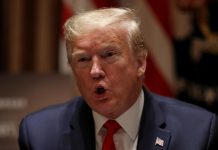 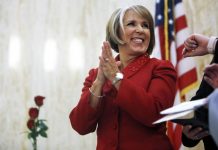 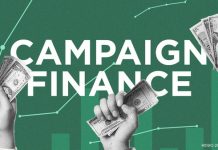 Money Tracker: How Much Trump And Biden Have Raised In The 2020 Election 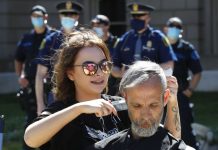