A California teen who shoved a bear to protect her dogs spoke out on Wednesday about the split-second decision to save her pets.

“I was just shaking so much, I didn’t know I had that in me. I still couldn’t believe that I pushed a bear,” Hailey Morinico said in a television interview.

Morinico, 17, spoke about the confrontation with the bear outside her house in Bradbury, east of Los Angeles.

A video clip showed her leap into action when she saw her three dogs barking and leaping up at a mother bear balancing on the fence with two cubs.

Morinico ran towards the commotion, and pushed the bear off the fence. Then she grabbed one of the small dogs and ran into the house, following the other dogs as they fled for safety.

“Those few moments I had, that’s what really let me run away with my dogs and my life,” she told CNN.

The teen said she was not thinking until she got up close to the bear.

“I had about two seconds to think. And the first thing that popped into my head was to push the bear off the ledge,” she said.

Before she came to the rescue, the mother bear began swatting at the dogs and even grabbed the youngest one off the ground briefly.

“This dog, Valentina, was in danger, really, and she is so important to the family,” Morinico said.

“She is my mother’s emotional support animal, and I couldn’t bear to let anything happen to her because I know, like, the pain would have been too much for my mom to handle. I think that I did this for her.”

She escaped with a sprained finger and a scraped knee.

“I didn’t feel the pain until afterwards. Like all the madness and the adrenaline, it didn’t make me feel anything really,” she said.

The encounter was caught on a security camera outside of Morinico’s house.

“It’s just so crazy to have that on camera cause it’s such an amazing story to tell,” she said. 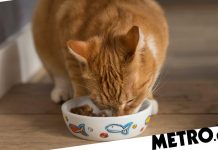 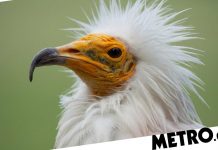 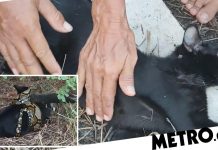 Cat saved with CPR after almost being strangled by a python 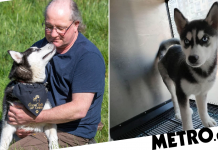 Measuring the elimination of plastic particles from the body in mice 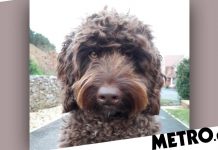 Move over, Attenborough! Penguin Town is the cuddly nature show for our times