CALEXICO, Calif. (AP) – A farming region on California’s border with Mexico has sent hundreds of patients to hospitals outside the area, an official said Tuesday, as its leaders accepted Gov. Gavin Newsom’s recommendation to backpedal on reopening its battered economy.

The Imperial County board of supervisors unveiled a plan late Monday that includes closing businesses deemed non-essential, except for curbside pickup, and shuttering county parks.

The plan would take effect if approved by Newsom, who said Friday that the county should reverse itself on reopening. It comes as California grapples with increasing infections across the state.

Imperial, with a population of about 180,000, has had about 6,200 cases among 30,700 tested, a positive rate of about 20%. Health experts largely agree that cross-border traffic with Mexicali is at least partly to blame for a surge since the middle of May.

“The constant coming and going across the border” contributed to the outbreak, along with multi-generation families in the same household and other cultural and personal behavior, Janette Angulo, the county’s public health director, said at a state Senate hearing Tuesday.

The county “is largely invisible and forgotten as a region,” but it has gained widespread attention for its “grave situation” with the pandemic, Angulo said.

More than 500 coronavirus patients have been transferred to hospitals outside the region in the last couple weeks, Angulo said.

Mexicali, a sprawling city of 1 million people with factories that churn out aerospace parts, medical devices and other products for export to the U.S., has taken its own measures against the virus. Last weekend, the city established at checkpoint to make sure motorists entering from the U.S. were asymptomatic, had facial coverings and were coming for essential business.

Calexico Police Chief Gonzalo Gerardo said traffic backed up for seven hours in three different directions Friday at the downtown border crossing to enter Mexico. His phone was blowing up with questions, and Mexicali officials finally eased up.

Mexicali officials told U.S. authorities they will inspect vehicles every Thursday through Sunday for signs of the virus until the number of cases subsides, Gerardo said. They are also taking temperatures and allowing no more than two people per car.

Mexicali, with 4,844 cases and 837 deaths, is among the hardest-hit parts of Mexico.

“Calexico in the past has been known as the cocaine, drug corridor into the U.S.,” Gerardo said. “”Now I call it the COVID corridor because we do have a lot of people coming across who are COVID-positive.”

Imperial Valley, which provides much of the lettuce, carrots and other vegetables for U.S. supermarkets during winter, is deeply intertwined with Mexicali. Many workers who pick crops come from Mexicali and begin standing in line at 2 a.m. daily to cross into the U.S. for their shifts.

While restaurant and bars have been closed since March, Imperial Valley business have slowly reopened. The area regularly posts one of the highest unemployment rates in the United States, hitting 27.8% in May.

In Calexico, with a population of 40,000, downtown stores were largely closed Tuesday except for lawyers’ offices. Stores at an outlet mall were open, but there was hardly any foot traffic.

Local government and hospital executives gave little reason for hope at Tuesday’s hearing in Sacramento chaired by state Sen. Ben Hueso to discuss the pandemic’s impact on the border.

Larry Lewis, chief executive of Pioneers Memorial Hospital, said he expects the number of cases and transfers to hospitals outside the region to continue growing.

“Now it’s not about dealing with a crisis,” he said. “This is an ongoing way of life at least for next 12 months.” 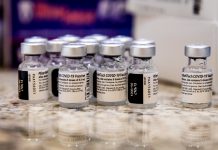 BioNTech to produce vaccines in Singapore, its new regional headquarters 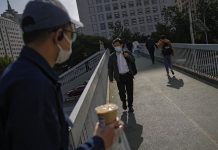 The Latest: Joint venture aims to make 1B doses for Chinese 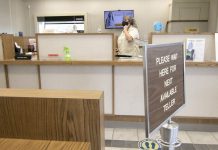 Small town in Livingston County losing its only bank 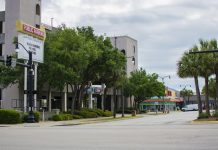 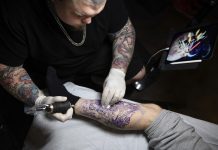 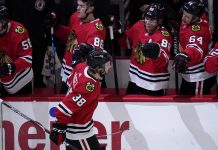 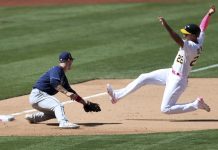 As more Illinoisans are vaccinated, more deaths are reported

Protests erupt in Iraqi city after killing of activist