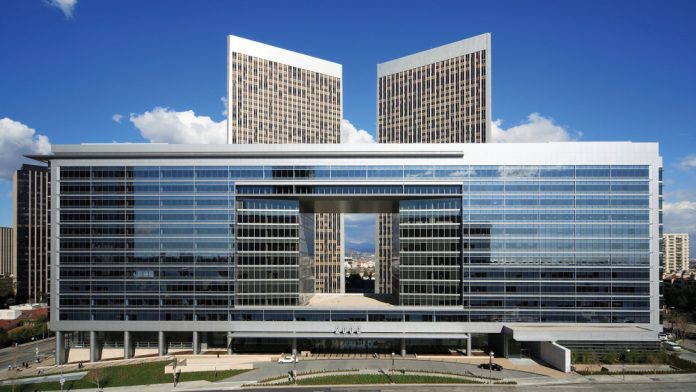 UPDATED: CAA has signed a franchise agreement with the Writers Guild of America, Variety has learned.

Per a statement sent out by the agency, CAA has agreed to the same terms that ICM agreed to when it signed a deal with the WGA in August, namely to end the practice of packaging fees within two years. However, CAA is asking for one caveat with regards to its affiliated production company, wiip.

“We delivered the signed agreement to the WGA, and we assume that it will be circulated to the appropriate members of the negotiating committee, as well as the membership, shortly,” the statement reads.”  “There is one change we have provided that we think the WGA will be able to agree to. With regard to our investment in the affiliated production company, wiip, we are providing for a commercially practical time to come into compliance with the 20% ownership limitation contained in the agreement. We are unequivocally committed to achieving compliance.”

The full statement can be read below. It is unclear at this time if the WGA will accept CAA’s timeline on divesting its ownership of wiip.

All of the major talent agencies, with the exception of WME, have now come to terms with the WGA over issues such as packaging fees and affiliate production.

That means the WGA is nearing victory in a battle that started in April 2019 when WGA West president David Goodman instructed guild members to fire their agents if they would not sign a code of conduct that would ban packaging and other practices. All that remains to be seen is if WME will reach a similar agreement. WGA leadership announced in September that it would not offer either CAA or WME better terms than it had agreed to with other agencies.

Prior to today’s news, ICM Partners was the most recent of the Big 4 agencies to sign with the WGA. Prior to that, UTA was the first, making a deal in July. Both of those agencies agreed to end the practice of packaging in two years time and to limit their ownership of production entities. Over 100 agencies — including Paradigm, APA, Gersh, Innovative Artists, and Verve among them — have now signed deals with the WGA.

Signing a deal with CAA is a major victory for the WGA, but the move is not altogether surprising. Hollywood agencies have been hit hard by the coronavirus pandemic, with furloughs, layoffs, and reduced salaries being seen across the board. With production and live events completely shut down and writers being virtually the only segment of the entertainment industry still able to work during quarantine, the agencies found themselves without access to the one group of clients who could potentially bring in cash when they needed it most.

The agencies have likewise seen a number of high-profile departures, as numerous agents have either shifted over to existing management companies or started their own in search of greener pastures. Peter Micelli, a former CAA agent who recently stepped down as chief strategy officer of Entertainment One, has launched Range Media Partners along with several defectors from a number of top agencies. Elsewhere, WME partner Phillip Sun partnered with Charles D. King of Macro to found a new venture called M88. It has already attracted a number of big-name clients like Michael B. Jordan, Idris Elba, and Donald Glover.

Today, we signed the same deal the WGA made with ICM several weeks ago.

We delivered the signed agreement to the WGA, and we assume that it will be circulated to the appropriate members of the negotiating committee, as well as the membership, shortly.

There is one change we have provided that we think the WGA will be able to agree to. With regard to our investment in the affiliated production company, wiip, we are providing for a commercially practical time to come into compliance with the 20% ownership limitation contained in the agreement. We are unequivocally committed to achieving compliance.

On the issue of agency involvement in film financing, we would like to understand the concerns the WGA has around our and others’ work in this vital area for all our clients, our business, and the industry, and what the WGA’s process is in respect to the raising of financing for movies with budgets over $50 million. In the past five years, CAA has secured financing and built critical partnerships for over 300 filmed projects, ensuring they would be made, distributed and marketed. As a result, countless writers’ work has been produced and thousands of jobs have been created. We want to ensure that any future process does not cause lost opportunities for the WGA’s own members and the entire industry. But to be clear, in order to expedite this agreement, we accept its current wording regarding film financing and will work with the Guild to figure out what’s best for continuing to get such films made.

The fact that CAA and the WGA couldn’t resolve the broader dispute in a better way caused personal and professional damage to many relationships and cost millions of dollars to the Guild and the agencies. Countless opportunities were lost for so many people. While litigation is never our desired business strategy, we hoped in this case that it would provide a court’s relatively prompt direction as to the disagreements with the WGA. Unfortunately, a pandemic eliminated the possibility of a prompt day in court.

We respect and recognize the great need for guilds and unions in our industry to look after the best interests of their members. We have worked side-by-side with the WGA throughout our company’s 45 years of existence. The affiliated companies that agencies have sponsored have complied with any applicable requirements of the WGA. The guilds acknowledged the validity of packaging for decades. Writers always had the choice to participate in packages or not.

Our company works with writers, actors, directors, and producers in the television/streaming and motion picture mediums. Many of these artists do multiple jobs in each respective field. The majority of our clients are members of the WGA, SAG/AFTRA, the DGA and many other associations and guilds. We have an ethical and fiduciary duty to all of these clients. We restate our commitment to that responsibility and to collaborating successfully with the guilds in which our clients are members.

There is obviously a lot of good that can come from simply committing to talk to each other regularly and with a common purpose. We want that.

We are asking the WGA, even outside the terms of the franchise agreement, to formalize communication with our company on a quarterly basis going forward. The leaders of CAA will commit to organizing and participating in regular meetings with this guild and all guilds interested in doing so. We suggest these meetings begin as soon as the Guild is available to do so.

The meetings can bring to light specific and real-time problems between the agencies and the Guild. We suggest sharing information on a regular basis with each other about current deal trends, as new information emerges constantly in this new dynamic. We offer help in preparing for future negotiations with the AMPTP and other emerging companies that will employ writers in the U.S. and around the world. As media platforms expand globally, the importance of all local content is obvious. How this guild and all guilds interact with those creators and those markets will determine the amount of leverage they maintain with the global media companies as we move forward.

On February 21, 2020, the federal judge ruling over our case appointed a very well-respected federal mediator that the Guild approved, named Gail Title. Some six months ago, she reached out to the Guild and CAA to commence the mediation. While CAA immediately agreed to participate, the Guild did not, and the mediation never occurred.

Time will tell if the deal the agency community has agreed to with the WGA will be good for the Guild, writers, other artists, our companies, and the community. What was never in dispute was that solid reforms the Guild sought were worthy of consideration. However, good and solid reform in any relationship requires dialogue and factual information with agreed-upon assumptions from the parties involved. Unfortunately, that dialogue has not occurred to date between our agency and the WGA. With a new commitment to engagement, we are hopeful that we will be able to avoid this destructive dynamic in the future.

If there are any outstanding issues going forward, Ron Olson and Anjan Choudhury of Munger, Tolles & Olson will join our litigation counsel, Richard Kendall of Kendall, Brill & Kelly, as our representatives.

Finally, throughout this disagreement, agents and agencies, large and small, have been demonized and vilified. It’s too bad that some representatives of the WGA felt that was necessary. We do not accept those generalizations. There are many great agents across the industry who have chosen careers as writers’ representatives. They love writers and take their jobs seriously.

Thank you to the many Guild members who attempted to help resolve this issue while maintaining professional relationships and friendships throughout. Thank you to Karen Stuart and the Association of Talent Agents for the great service it provides agencies of all sizes.

We are very proud of our company, the clients we work for, and the lives we have chosen. We love the work and trying to make good things happen for our clients and the community. We are going to continue to do that and will always try to do it better.

By signing this agreement, we hope to begin immediately a new relationship with the Guild and its leadership. We want to resume representing the writers who choose to be our clients. 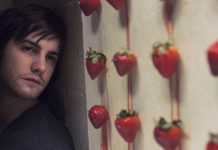 What An Across The Universe Sequel Should Be About, According To Director Julie Taymor 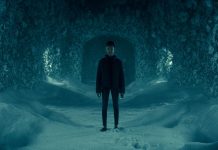 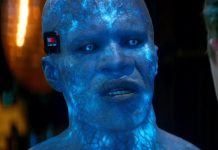 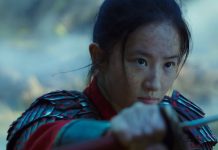 Soon You Can Watch Mulan Without A Disney+ Subscription

How ‘The Masked Singer,’ ‘The Bachelorette’ and Other Reality Competition Shows Are Handling Shoots During the Pandemic