The 25th edition of the Busan International Film Festival will shrink by a third and be presented in a hybrid in-person and offline format, due to the challenges posed by the coronavirus.

Running with newly announced dates of Oct. 21-30, the festival will present foreign titles as both opening and closing films.

It will open with “Septet: The Story of Hong Kong,” an omnibus film by filmmakers from Hong Kong: Sammo Hung, Ann Hui, Patrick Tam, Yuen Wo Ping, Johnnie To, Ringo Lam, and Hark Tsui, which was previously  official selection of the Cannes Film Festival. The festival will close with animated Japanese film “Josee, the Tiger and the Fish,” directed by Tamaru Kotaro.

The reduced format means that most events involving human contact have been canceled. These include the opening and closing ceremonies, red carpet, receptions, and parties. On-stage greetings, the ‘Open Talk’ fan meetings and other guest meetings are all either canceled or shifted online.

The only real-world screenings will take place on five screens within the Busan Cinema Center and all tickets must be booked in advance and online. Current COVID-19 restrictions limit capacity to 50 people per screening.

The film selection has been reduced from more than 300 features and shorts in a normal year to 192 from 68 countries this time round. Each film will screen only one time. Executive director, Jay Jeon said that this would mean an 80% reduction in screenings. The judging of all films will also take place entirely online.

In another measure of the changes being wrought on the festival by the virus, the lineup announcement took place online via a Zoom conference. The three executives present, chairman Lee Yong-kwan, chief selector Nam Dong-chul and Jeon, sat on a single stage, but separated by plastic dividers and wearing face masks throughout. In past years, organizers have held two launch events, one in the morning in Busan, and another with more programming specifics in the afternoon in Seoul.

Festival organizers last week said that they were delaying the event by two weeks in order to avoid possible virus fallout from this month’s Korean Thanksgiving holidays (Chuseok), when people criss-cross the country to meet up with friends and family. On Monday, organizers repeated their warning that if Chuseok creates a new wave of infections the festival could be canceled outright. 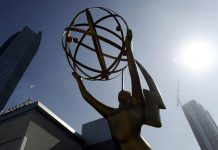 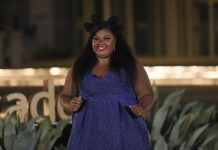 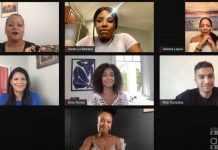 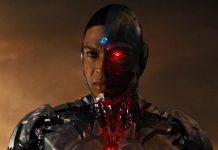 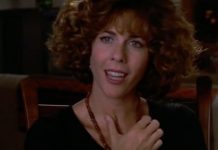