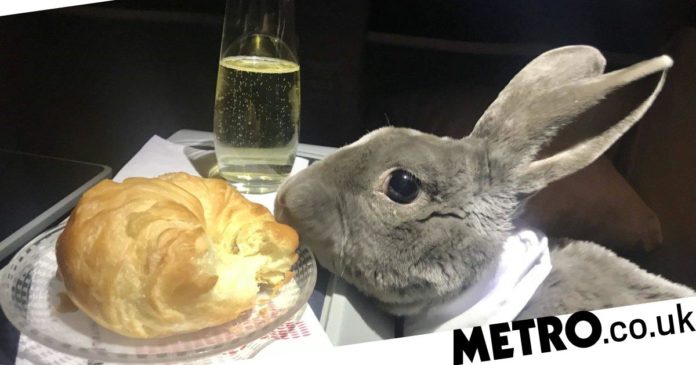 Get ready to envy this rabbit.

Coco is so bougie, she just flew business class on an 11-hour flight.

While most of us can only dream of a stroke of luck that bumps us up to first class, Coco recently got to travel in luxury with her owner Takako Ogawa.

Living the highlife, Coco was treated to the in-house ice cream sundae service onboard the United Airlines flight travelling from San Francisco to Takako’s home in Japan.

The pampered bunny looked the part too, wearing a bow-tie while nibbling on her own bowl of nuts provided by doting air stewards.

Eight-year-old Coco has braved a plane previously, when Takako moved to California three years beforehand, but the 32-year-old feared her beloved bunny was now too old to be safe in the hold for the long trip.

So Takako, who works as a CEO, registered her pet as an emotional support animal and paid just $100 (£76) to allow her to come into the cabin with her in a carry case – and she didn’t even need to buy an extra seat.

When the cabin crew let her know that the seat next to her was unoccupied, Takako freed the little rabbit and let her occupy the seat herself.

Soon, Coco was left alone to sniff the cushions and snuggle up to her owner.

How the other half lives.

The fluffy pet was super popular with the staff – who swapped duties so each could have the chance to come and meet Coco.

Takako, from Kyoto, explained: ‘This is one of my favourite flights I’ve ever had. There’s nothing like being able to take your bunny on the plane.

‘She was very curious and was hopping around. She’s usually very good. She’s very calm being surrounded by people and in a different environment, so she took it really well.

‘She didn’t get a lot of attention from other passengers because it was the business class so you don’t really see a lot of people.

‘When I got my own ice cream sundae, the flight attendant looked over and asked if the rabbit wanted anything.

‘I wasn’t sure what the rabbit could have, but she got some of the toppings like almonds and nuts and they put it on a very small plate for her.

‘It was adorable. She did enjoy them. She was very happy.’

Coco is no stranger to flying; she has previously been on a plane but stayed in the cargo area, with other animals.

Takako said: ‘What happens in the cargo is that there are a lot of anxious animals on the plane with her. Dogs will be barking all the time.

‘My friend had a cat that was put in the cargo that got so nervous during the flight that she couldn’t eat for another week after landing.

‘That kind of pressure might have been bad for Coco because she is older now.’

Despite having their own space, Takako did have some concerns over the toilet situation, but she bought a lot of pet sheets with her in the cart and some extra pellets Coco could eat.

‘I thought I could get her whatever else she needed when I got off the plane,’ she said.

‘I was nervous [she might try to explore the plane]. She did hop around, explore the pillows, but only in her own cubicle.

‘I wouldn’t want her hopping around [the rest of the plane].’

Even if she did, other passengers probably wouldn’t mind petting a fluffy bunny.

MORE: Family of eight ditch their home and possessions to travel America on a bus they bought on eBay 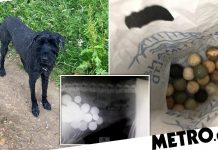 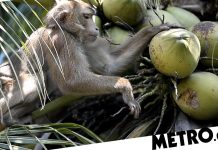 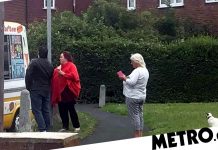 'An ashram for the hummingbird': the Trindad haven for world's tiniest bird

Beavers born in Essex ‘for first time since Middle Ages’

Country diary: preparing the garden for a much-loved mammal