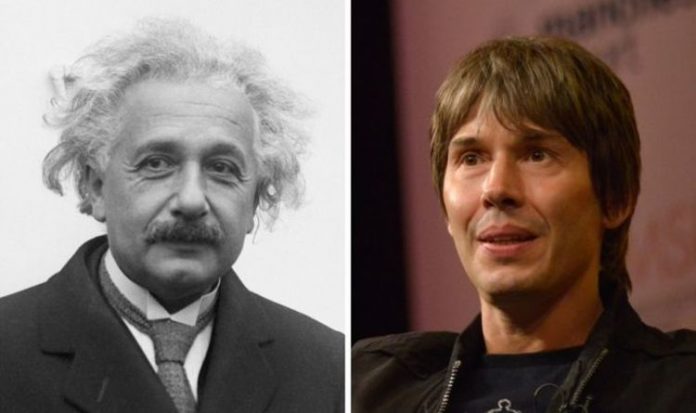 Brian Cox addresses ‘why we exist’ on This Morning

The physicist returns to screens this evening looking back at his decade of science documentaries. In ‘Brian Cox’s Adventures in Space and Time‘, he will pull together some of the best sequences and try to answer fundamental questions like whether aliens exist, what gravity consists of and if we will ever be able to live in space. Cox has become a fixture of the popular science scene since 2005 when he presented a BBC Horizon programme titled ‘Einstein’s Equation of Life and Death’.

The German theoretical physicist has become a feature of much of Cox’s work, including his suggestion on a number of occasions that Einstein’s theory of relativity must be updated in line with modern-day discoveries.

Einstein’s argument has important implications because it suggests the existence of black holes; places in the Universe where space and time are distorted in such a way that not even light can escape.

This week, a team of international researchers made a groundbreaking study after they created the largest and most detailed map of the distribution of so-called dark matter in the Universe.

BBC: Cox returns to screens tonight where he will revisit his decade of his programmes (Image: GETTY)

The results surprised the scientists because they showed it was slightly smoother and more spread out than the current best theories predict.

Vitally, the observation has raised eyebrows because it appears to stray from Einstein’s theory of relativity, posing a conundrum for researchers.

It will likely reignite the question of revamping the theory which, in 2019, Cox argued theoretical physics must do.

Speaking to Australia’s Science Channel, he told of how constant and new cosmic phenomena are challenging everything scientists once believed were almost immutable truths.

Cox said: “Black holes are interesting, they’re really weird. In the last couple of years, we’ve entered a new age of astronomy where we can watch black holes behave.

“To describe them properly, and to describe the collisions, you start to need to get a better version of Einstein’s theory.

“I don’t think we know, when the Milky Way and Andromeda collide, whether the black holes will merge, but we certainly know there’s an interaction between the galaxies.

“My guess is they probably will eventually, it may be that they will inevitably merge in trillions of years, but we do know what happens when black holes collide because we’ve observed it.”

Albert Einstein: The German scientist has gone down in history with his trailblazing theory (Image: GETTY)

Black hole image: The first image of a black hole ever taken in 2019 (Image: GETTY)

He went on to explain why Hawking’s Radiation, which many think is released by black holes, could be key to developing Einstein’s theory.

He continued: “Our latest detectors, so-called gravitational wave detectors, which detect, unbelievably, ripples in the fabric of the universe, ripples in space and time from the collisions of objects like black holes.

“We’ve seen several occurrences in the universe where black holes have collided with each other and merged.

“So what we know is they lose some energy when they collide, the prediction of how they collide and how they merge and what you get afterwards is in absolute accord with Einstein’s theory of general relativity.

Black holes explained: Nothing, not even light, can escape the pull of a black hole (Image: Express Newspapers)

“Stephen Hawking is probably most famous for something called Hawking Radiation, which is the idea that black holes have a temperature and radiate because of this.

“They can radiate energy and particles back out into space again.”

Crucially, he added: “Ultimately, we need a better theory than Einstein’s and black holes are probably the testing ground at the moment for such a theory.”

Meanwhile, Dr Niall Jeffrey, of École Normale Supérieure in Paris, who pieced the new map together, said the result posed a “real problem” for physics.

Science news: Cox has become one of the most famous figures in popular science (Image: GETTY)

He told BBC News: “If this disparity is true then maybe Einstein was wrong.

“You might think that this is a bad thing, that maybe physics is broken.

“But to a physicist, it is extremely exciting.

“It means that we can find out something new about the way the Universe really is.” 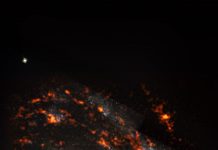 Readers reply: how do we know we’re not living in a simulation like the Matrix? 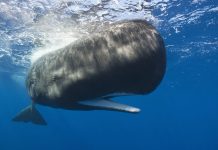 Will humans ever learn to speak whale?

What were some of the collateral effects of lockdowns? | David Spiegelhalter and Anthony Masters 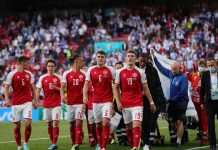 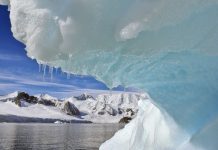