Veteran horseman Johnny Burke claims he’s a “small cog” in the grand scheme of the Godolphin operation, but every good engineer knows that every cog in the machine, no matter how small, has to work together in perfect synchronicity to produce the desired outcome.

“I’m part of a big, global team, just trying to get the boss in the winner’s circle,” Burke said. “It’s me that’s having the good fortune to work with these guys, the whole team. Any time we get to be associated with a horse that’s winning, we enjoy knowing that we played a part in it.”

One of the top older horses in training to have come through the Godolphin rehab and pre-training barn Burke runs at Keeneland is Mystic Guide, a 4-year-old son of Ghostzapper being aimed at the Dubai World Cup. Mystic Guide won the G2 Jim Dandy Stakes and placed second in the G1 Jockey Club Gold Cup last year, and began his 2021 campaign with a striking win in the G3 Razorback Stakes at Oaklawn Park on Feb. 27.

If he can find success in the UAE, Mystic Guide will be just the second winner Godolphin has sent from North America to the $12 million race, following the success of Street Cry in 2002.

That isn’t the only reason the colt’s success will have extra meaning for Burke, however. The Irish-born trainer counts himself lucky to have had Mystic Guide’s dam in his barn when he first started working for Godolphin, and it would be pretty special to watch her have similar success in the broodmare shed to what she was able to achieve on the racetrack.

“Music Note was one of the charter members here at the Rice Road barn,” said Burke. “She was among the first group of horses I was rehabbing, and she turned out to be one of the better horses in America by the time she retired.”

Music Note, a daughter of A.P. Indy, broke her maiden at Aqueduct in November of her 2-year-old year. She would go on to three Grade 1 races as a 3-year-old, and a further two Grade 1 stakes as a 4-year-old. Music Note also ran third in both the 2008 and 2009 editions of the Breeders’ Cup Ladies Classic before retiring to Gainsborough Farm with earnings over $1.6 million.

“I’m so glad for her to show up with this caliber of horse,” Burke said. “We’ve kind of been waiting on her to produce this kind of horse, so it’s great to see her do that. You always want them to take that same performance between the rails and bring it to the paddocks.”

Music Note had found mild success in the breeding shed with her second foal, Ventura Highway (Street Cry), a gelding with no black type but a solid record (12-17-12) over 66 starts to earn $217,925 on the track.

The rest of the millionaire mare’s offspring had yet to show the same kind of potential she’d had on the track, but that trend changed when Mystic Guide walked into Burke’s barn at Keeneland in 2019.

“Usually the 2-year-olds get dispersed out of Ocala to their assigned trainers after the (Kentucky) Derby,” Burke explained. “Instead, he came from Niall Brennan up to me for a little bit, because he wasn’t quite as forward. He was a nice, big, good-looking horse, though, and we just worked him a couple of times over the summer but mostly gave him time to grow.”

Mystic Guide went to trainer Michael Stidham’s barn at the Fair Grounds before his first start in February of 2020, and the colt’s recent effort in the Razorback has shown once again that Burke still knows a good horse when he sees one.

“For him to run a 108 Beyer off the layoff, that kind of thing always makes you feel good,” Burke said. “We’ll be cheering him home in Dubai, for sure.” 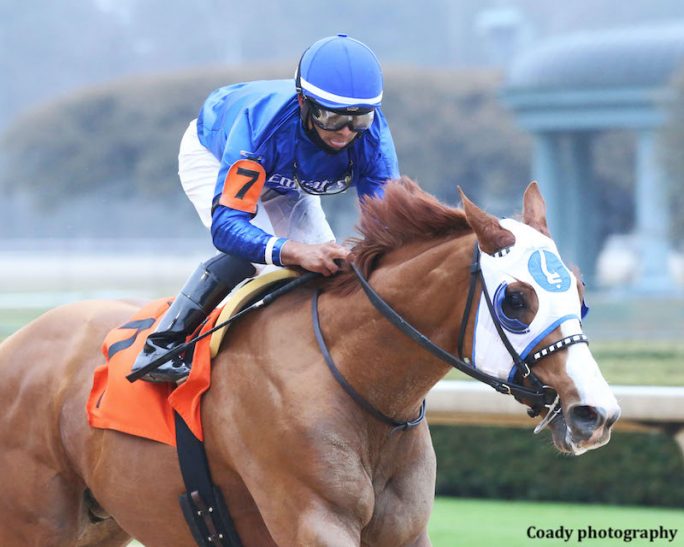 Burke knows good horses, thanks to a lifetime of experience from the ground up.

The son of a steeplechase trainer who served his apprenticeship with the legendary Vincent O’Brien during his pre-Ballydoyle days, Burke has wanted to work with horses for as long as he can remember.

His father insisted Burke finish school, and as soon as he hit graduation Burke began riding out in the mornings. Burke attended the Irish National Stud Course in 1979, and spent a couple years in Australia before traveling to Lexington.

He spent seven years galloping horses and traveling for future Hall of Fame trainer Carl Nafzger, and eventually took out his own trainer’s license.

“I didn’t have anything else I knew how to do,” Burke said, laughing. “I ended up with one horse (in the beginning), and said, ‘I’ll keep going as long as I can.’ I made a living at it, galloping a lot of my own horses, and rented half a barn at Paris Pike for a while.

“It’s a tough business but a satisfying business, running a public stable. I have no qualms about the fact that I tried it; I wasn’t going out with sky high ambitions. You know, they gave me a lemon and I tried to make lemonade.”

He trained a couple maiden winners for Godolphin over the course of his career, and in 2006, Burke got a call from Jimmy Bell about the organization’s desire to open a year-round operation in a barn on Rice Road at Keeneland.

“It was a great phone call to get,” Burke said. “My days of getting on horses galloping were about over, and I said to myself, ‘I’ll probably never get a call like this again.’

“I do think mid-range horses teach you more about training than the real good horses, which basically train themselves. Good horses don’t grow on trees, though.”

Neither do good employees.

“This business, you gotta have a bit of luck, but you gotta put a bit into it, too,” Burke summarized. “Hard work and reputation will carry you a lot further than anything else in life.” 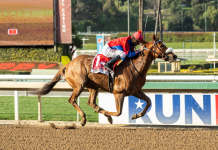