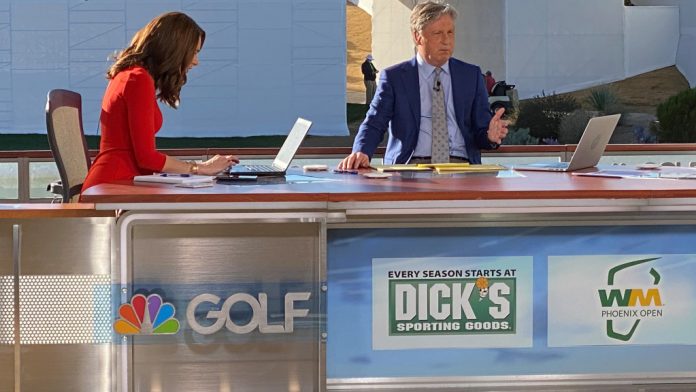 In an era of vanilla analysts towing the company line, Brandel Chamblee is the Neapolitan ice cream, with an opinion and yellow legal pad full of research to defend his arguments.

On the morning of the first round of the Waste Management Phoenix Open, Chamblee sat down with Golfweek to discuss the game he loves and some of the intriguing players who have been struggling to find the winner’s circle (we previously published his thoughts on Jordan Spieth, Justin Rose and Jason Day). Chamblee also launched his Ryder Cup campaign for Larry Nelson in 2023.

Check back for Part II on Tuesday, Feb. 16, where Chamblee discusses such topics including if he believes everything he says. Spoiler alert: his response begins with a chuckle.

Brandel Chamblee: I get your question. I’m not sure I’ve ever encountered a player quite like Tony Finau. How can a player be world class if he doesn’t have victories on his resume? But everything on his resume is world class. It makes no sense. To see a guy play that well and that often and not come away with victories, you keep thinking it’s going to be like David Duval and at some point the windfall is going to happen.

Unlike David Duval, Tony’s not a great putter and unlike Duval he doesn’t drive it really straight. He’s long and a bit crooked. If you think about the greatest closers of all time, they all have great transitions to their golf swing bridging the backswing to the downswing. Tony’s quick. Pressure makes you quick, especially if you’re inclined to be quick anyway. Tom Watson famously said he never got over trouble on Sundays until he learned to slow things down. Finau has a short, quick golf swing. The most successful short, quick swing I can think of is Doug Sanders, who won a lot but never a major. It didn’t endure into his 50s. Finau is still young. It wouldn’t surprise me if he won three times this year. It wouldn’t surprise me if he won 5-6 times in his career. Again, he needs to find some way to be a better putter and a better player on Sunday. You look at his scoring average on Sundays and he’s a different guy.

GWK: Has Rickie Fowler missed his window to win a major?

BC: I don’t think so. He’s got a good coach (John Tillery) but I disagree with the philosophy that he’s coaching, which is more flex in his right knee. Kevin Kisner (another Tillery pupil) doesn’t hit the ball far, nor does Rickie. I cannot believe Rickie left Butch. Get on a plane and go to Vegas. He had a wonderful relationship with Butch. It’s a risk working with anybody. It could work out or it might not.

GWK: DJ or Rory in full flight…who ya got and why?

BC: If they both play their best golf, I think Rory beats him. Rory won majors by 8. DJ at this point in his career is winning tournaments by wide margins. I think it is very close. I’d love to see Rory play his best golf.

How many times have they gone head to head? WGC Mexico, DJ got the better of him. I remember seeing Rory shortly after that and he said when you run into someone playing that type of golf and you’re not playing as well you just can’t beat him. Think about Rory at the 2011 U.S. Open or 2012 PGA, that guy versus Dustin Johnson right now, I’d like to see that, I think Rory would win, personally, but it would be a hell of a battle.

GWK: Who will be the next player to reach World No. 1?

BC: Let me look at the World Rankings. I think Dustin has a pretty darn good hold on No.1 right now. The next will probably be Rory. He’d have to go on a tear this year, but it wouldn’t surprise me if he did. I think Jon Rahm has the potential to be dominant at No. 1 and drop anchor there. You can just see it in his eyes. He doesn’t have kids yet. He’s about to but they’re not at that age where he’s coaching them in soccer and they’re looking at him with those eyes like where are you going daddy? That breaks your heart. I think the more intriguing question is who’s going to be No. 1 that has never been No. 1 before. Where is that guy?

GWK: Do you think Team USA has figured anything out about its captaincy and grooming future leaders or just grasping at straws?

BC: I think they are still grasping at straws. I can appreciate that they tried to empower the players more, to give them more ownership of it. That was a well thought out transition to give the players more of a voice in but it doesn’t mean they should have autonomy to do whatever they want to do. For example, picking six players misses the point. It’s meant to be the best 12 players according to our system, not according to some click. It’s very clubby, very clickish and I don’t think it’s a good look for the team, for the PGA Tour. It should be based on merit not popularity, and the captaincy should be an obvious honor to some longtime player irrespective of their popularity. How was David Toms missed? How has David Duval been overlooked?

GWK: What do you make of Davis Love III being named 2021 Presidents Cup captain?

BC: Everyone loves Davis Love. There’s nothing not to love about Davis Love. But you shouldn’t be able to drop anchor in the position. There have been a lot of oversights in that position, Gene Sarazen, Larry Nelson. The nature of the Ryder Cup is the Europeans have better team chemistry. It’s as simple as that. I don’t know why Americans recoil at that idea. You show me the corresponding video of the American golfers putting together the angry golf video. It’s not a knock at the Americans as it is applauding the Europeans. It’s so good that they dominate the USA. On paper, the U.S. is better and so it infuriates the U.S. team and makes the Ryder Cup so interesting to watch.

GWK: Who would you like to see as Team USA’s captain someday?

I’ve said this before, Larry Nelson should be the captain. If people want to say that he’s not relevant anymore, if you don’t know who he is, you should know who he is. The idea of respecting your elders is important and they should respect that he served his country, and respect the dignity that he brought to the professional game and his Ryder Cup record and how good he was at it and how happy he was to not only have fought for his country but then played for his country with distinction. That is worth correcting a mistake. He is still alive. Do you believe in karma? If you do it’s not hard to get to this is what the USA team deserves having so egregiously overlooked such a distinguished player and great man.

I’ve told the story before but the first day I ever spent on a golf course watching a PGA Tour event was the Byron Nelson in 1966 or ’67, somewhere in there, and I was sitting behind the first green at Preston Trail and this guy putted out and walked off and sat down next to me in the stands. He asked me if I was enjoying the golf. I told him I just started to play golf and that my dad had dropped me off and I was spending the whole day out here. He asked me if I wanted to play golf when I grew up and I said I want to play the Tour when I grew up. He said, maybe someday I’ll see you out here. That player was Larry Nelson.

Ten or 12 years later, whatever it was, I got paired with him at the Players Championship. He probably did that to countless kids, but that’s who he is. He didn’t do it gratuitously, he did it sincerely. He won three majors for crying out loud and was 9-0 in his first nine matches. Making him Ryder Cup captain would be the best feel-good, best thing that the Ryder Cup could ever do. From a karma standpoint it would be incredible and would properly tell his story and might be just the thing to turn around…you could say that the Hal Sutton-Jackie Burke old-school thing didn’t work. We too often give pass-fail grades to ideas based upon the results of competition when it shouldn’t play out like that. What’s the right thing to do? Who’s the most deserving captain? Who’s the most deserving player to give tribute to?

If you can find another player on the planet more deserving of the tribute of captaincy of the Ryder Cup than Larry Nelson, point him out. Where is he? He doesn’t exist. If he were 85 years old, he’d still deserve it and we deserve to know who he is and it rights a wrong. Beyond that, David Duval and beyond that David Toms.

It’s become so predictable. Phil Mickelson is going to get it, Tiger Woods whenever he wants it. Zach Johnson will get it. But who else? Who’s the Paul McGinley of the U.S.? He’s such a unique fellow in that he was good enough to qualify for teams but he was so sharp and so well respected. I’d be looking for the Paul McGinley on the U.S. side. This is why it can’t just be an autonomous, player run event, There needs to be someone in the room to say we need to find a Paul McGinley type player.

GWK: Justin Leonard would be in that same category.

BC: There it is. That’s your Paul McGinley.

GWK: Why are he and Duval no longer thought of for the role? Is it because they are doing TV?

BC: Justin is still part of the club. I don’t know why he wouldn’t be being groomed. He made the putt that everyone remembers in 1999. He’s kind of a Paul McGinley. He’s a very thoughtful, quiet guy. A lot of the best coaches were not necessarily the best players but they had to think the hardest about it to get the most out of their talent. That’s who Paul McGinley was. It doesn’t really describe Justin because he was an extraordinary golfer. Besides Larry Nelson, besides David Duval and Justin Leonard, I’d be looking for the Paul McGinley to lead the U.S. team. 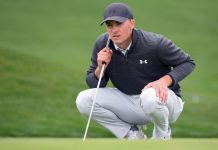 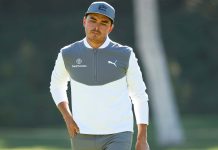 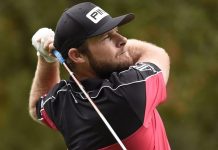 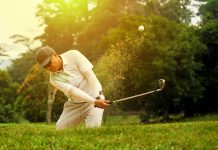 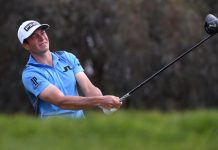 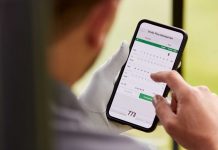 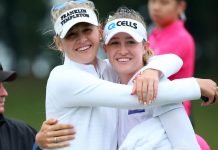 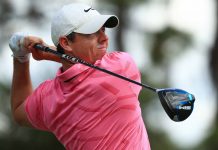 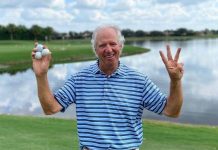 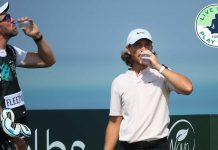 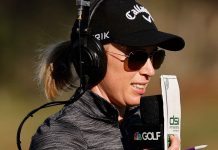 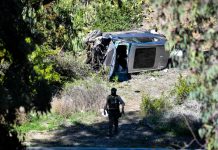