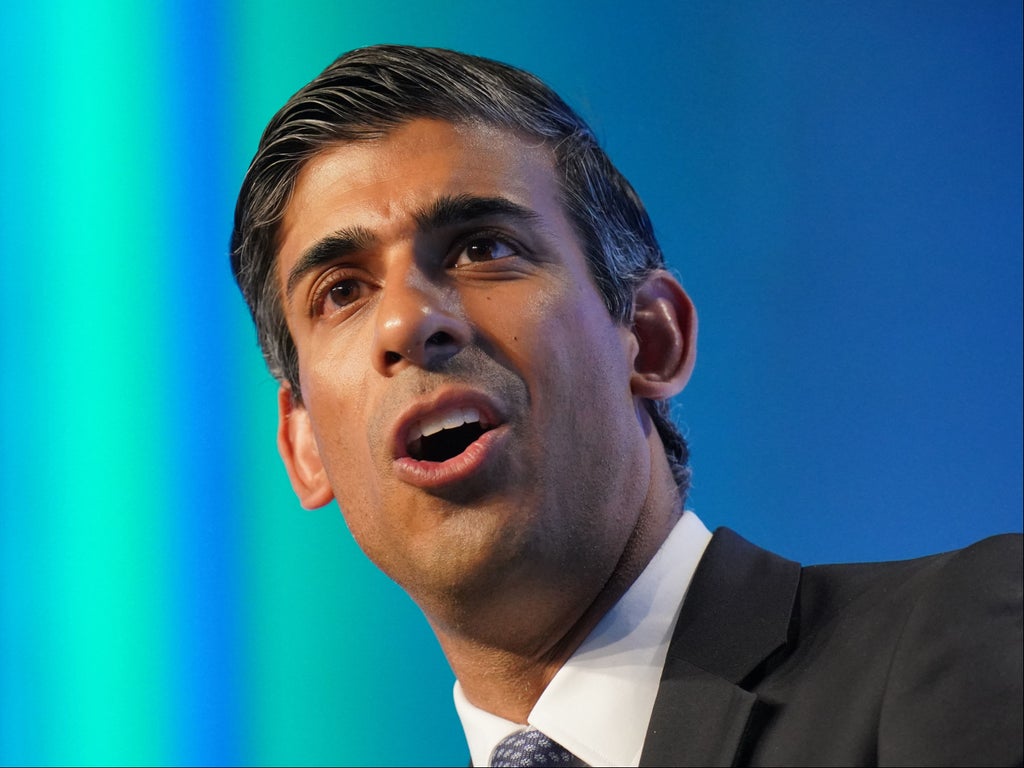 Rishi Sunak has called on businesses to “invest, train and innovate” more to help boost domestic prosperity as he called the supply shocks in Britain a “perfect storm”.

Warning that the “next few months will be tough”, Mr Sunak in a speech to the Confederation of British Industry (CBI) on Wednesday, said he stood ready to do more to help families cope with the impact of inflation.

Speaking at the annual dinner of the business organisation, he said: “We are on your side and will help them increase productivity and enterprise by cutting tax.”

“In the autumn Budget we will cut your taxes to encourage you to do all those thing,” he said. “That is the path to higher productivity, higher living standards, and a more prosperous and secure future.”

Informing about the government’s plans aimed at tackling the cost of living crisis, Mr Sunak said “we have provided £22bn of direct support, and we are going further. In October, we’re cutting energy bills by a further £200.

“In just a few weeks’ time, the national insurance threshold will increase to £12,500.”

Rishi Sunak has said there is nothing the government can do to stop rising inflation impacting Britain’s families, as he resists clamour from Conservatives – including former chancellor Kenneth Clarke – for urgent help for those struggling with price hikes.

Instead, Mr Sunak used a speech to the Confederation of British Industry (CBI) to promise tax breaks for business in the autumn Budget, aimed at stimulating sluggish productivity.

As inflation topped 9 per cent for the first time in 40 years, and experts warned that the true rise in living costs was closer to 11 per cent for the poorest families, the chancellor said he was powerless to stem global pressures such as the pandemic, war in Ukraine, and supply chain disruption.

The Government is expected to unveil a new £600 million plan to fight benefit fraud and save the taxpayer £2 billion over the next three years.

Department of Work and Pensions officers will also be bolstered with new powers, including undertaking arrests, executing warrants, conducting searches and seizing evidence.

Read the details in this report:

“Middle-class coke heads” could face a football ban of five-year is convicted of selling or taking class A drugs at matches, said the government.

Policing minister Kit Malthouse announced the rule on Thursday. The measure is aimed at the government’s attempt to tackle a rise in violence and disorder at sports matches.

Boris Johnson said the drug habits of “middle-class coke heads” are driving crime across the UK.

The new punishments will be implemented by extending Football Banning Orders, reports my colleague Andy Gregory:

The cost-of-living crisis will “invariably” fuel a rise in crime and police should use “discretion” when deciding whether to prosecute people desperate to eat, the new HM chief inspector of constabulary has said.

Sunak calls on businesses to ‘invest and innovate’ amid ‘perfect storm’

The Chancellor has called on businesses to “invest, train and innovate” more to help boost the productivity in UK as he reaffirmed his earlier stance of helping families cope with the impact of rising inflation.

However, Rishi Sunak also warned of a “perfect storm” of supply shocks rocking Britain as he cautioned that “the next few months will be tough”.

Speaking at the annual dinner of the business organisation, the Chancellor told businesses “we are on your side” and called on them to help increase productivity and enterprise, adding: “We need you to invest more, train more, and innovate more.”

Welcome to The Independent’s live blog for Thursday, 19 May 2022, where we provide the latest updates on UK politics.