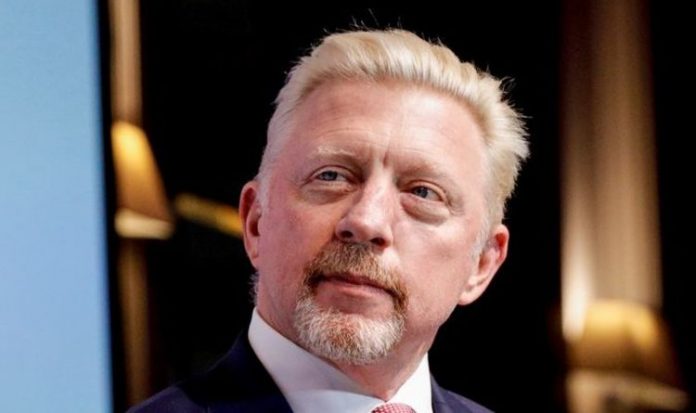 Tennis great Boris Becker has urged the young stars of men’s tennis to take advantage of the enforced break due to the coronavirus pandemic and challenge Roger Federer, Rafael Nadal and Novak Djokovic in 2021.

The 2020 season is currently suspended as the sport waits to potentially resume in August.

Before the break, the year had been dominated by Djokovic, who had won all three events he competed in and was on a 21-match winning streak.

Nadal reached the final of the ATP Cup with Spain, the quarter-finals of the Australian Open and then won the Mexican Open in Acapulco.

While Federer was on the sidelines in rehab after undergoing surgery on his knee.

The end of 2018 saw Stefanos Tsitsipas win the ATP Finals while Dominic Thiem demonstrated his development by reaching his first Grand Slam final on a hard-court in Australia.

But Becker, who coached Djokovic to six Grand Slam titles in their three years together, believes next year must be the time for the likes of Tsitsipas, Thiem, Alexander Zverev and Daniil Medvedev to supplant the ‘Big Three’.

“Maybe 2021 will see the breakthrough of the young guns because they will be a year more experienced, and the older players are another year older,” Becker told Laureus.com.

“The big three have won everything multiple times. I think it’s for the younger generation to step up.

“The best one of the rest for the last two years has been Dominic Thiem. He’s made three major finals and played beautifully against Novak, losing in five sets in Melbourne.

“I like Stefanos Tsitsipas very much, the way he presents himself on and off the court and the way he plays the game.

“From a German point of view I like Sascha Zverev a lot, you know he was in the semi-final in Melbourne and he’s still only 22, so he has a long career ahead of him.

“There are other younger players that are fascinating.

“I would like to see the top three still at their best, and being beaten. I don’t want the young generation to take over when the top three won’t play anymore or are actually too old.

“I want to see a final between a 22-year-old and a 33-year-old. That would be the best thing in tennis.