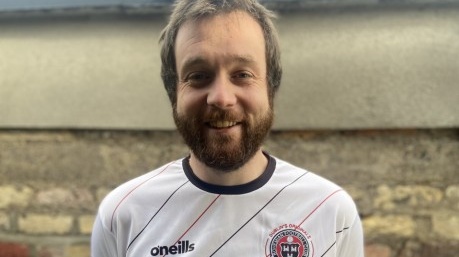 They’re becoming known for operating somewhat left-field and Bohemians have made some headlines again in the last few days by appointing a climate justice officer.

Local Phibsborough resident and Bohs fan Seán McCabe will take on the role in an area where he has experience as the executive manager of the TASC Climate Justice Centre.

The initiative came about after a Bohs group met with a delegation from Hibernian FC in February 2020 after the Edinburgh club were named the Greenest Club in Scotland.

McCabe’s new role will initially have specific focus on community-led development for climate justice and will be in partnership with other community stakeholders in Dublin 7. It will also focus on building and supporting activities internationally through the European Football Development Network (EFDN).

Five years ago Bohs made some headlines by appointing a poet-in-residence and some of their other initiatives have involved producing their own gin as well as the infamous Bob Marley away jersey which backfired in 2019 when they were forced to recall the design because of an objection from the late singer’s representative agency.

“Climate justice is about ensuring that the action we take to fight climate change is good for people as well as the planet. It is very exciting to see Bohs seeking to play a leadership role in tackling climate change,” said McCabe.

“But the club’s ambitions go deeper than this, to having a positive impact on the community through climate action. I am looking forward to exploring how we can put the fans and the communities around Dalymount at the heart of building a better future for our children and grandchildren.

“The meeting with Hibs last year was a real eye-opener. There is so much that can and should be done but football clubs haven’t started playing a serious role yet. The redevelopment of Dalymount also gives us a real opportunity to become world leaders.”