Bob Lanier, NBA Hall of Famer and ambassador for the game, was one of the top centers in 1970s

Lanier played 14 seasons in the NBA (1970-84) and spent his first nine seasons and part of a 10th with the Detroit Pistons. He played for the Milwaukee Bucks from 1980-84. The star center averaged 20.1 points, 10.1 rebounds and 3.1 assists in his NBA career, and his No. 16 jersey was retired by both the Pistons and the Bucks.

“The Detroit Pistons organization is deeply saddened by the passing of Bob Lanier, a true legend who meant so much to the city of Detroit and to generations of Pistons fans. As fierce and as dominant as Bob was on the court, he was equally kind and impactful in the community.”

Considered a physical big with a soft, left-handed jumper, Lanier tallied 19,248 points and 9,698 total rebounds for his career. His perimeter game meshed well with his toughness and intensity inside.

“Bob Lanier was a Hall of Fame player and among the most talented centers in the history of the NBA, but his impact on the league went far beyond what he accomplished on the court. For more than 30 years, Bob served as our global ambassador and as a special assistant to David Stern and then me, traveling the world to teach the game’s values and make a positive impact on young people everywhere. It was a labor of love for Bob, who was one of the kindest and most genuine people I have ever been around. His enormous influence on the NBA was also seen during his time as President of the National Basketball Players Association, where he played a key role in the negotiation of a game-changing collective bargaining agreement.

“I learned so much from Bob by simply watching how he connected with people. He was a close friend who I will miss dearly, as will so many of his colleagues across the NBA who were inspired by his generosity. We send our deepest condolences to Bob’s family and friends.”

Lanier, 6-foot-10 with size 22 shoes, was named the MVP of the 1974 NBA All-Star Game. He played in 67 playoff games stretched out across nine seasons and averaged better than 26 points and 12.5 rebounds in three of the four postseasons he had with the Pistons.

“Bob was a student of the game. He understood the small nuances of the game,” Dave Bing, who played for the Pistons from 1966-75, said in 2012. “Everybody looked at him as just this big body, but he could shoot the 18-, 20-footer as well as any guard. He had a hook shot; nobody but Kareem (Abdul-Jabbar) had a hook shot like him. He could do anything that he wanted to do.” 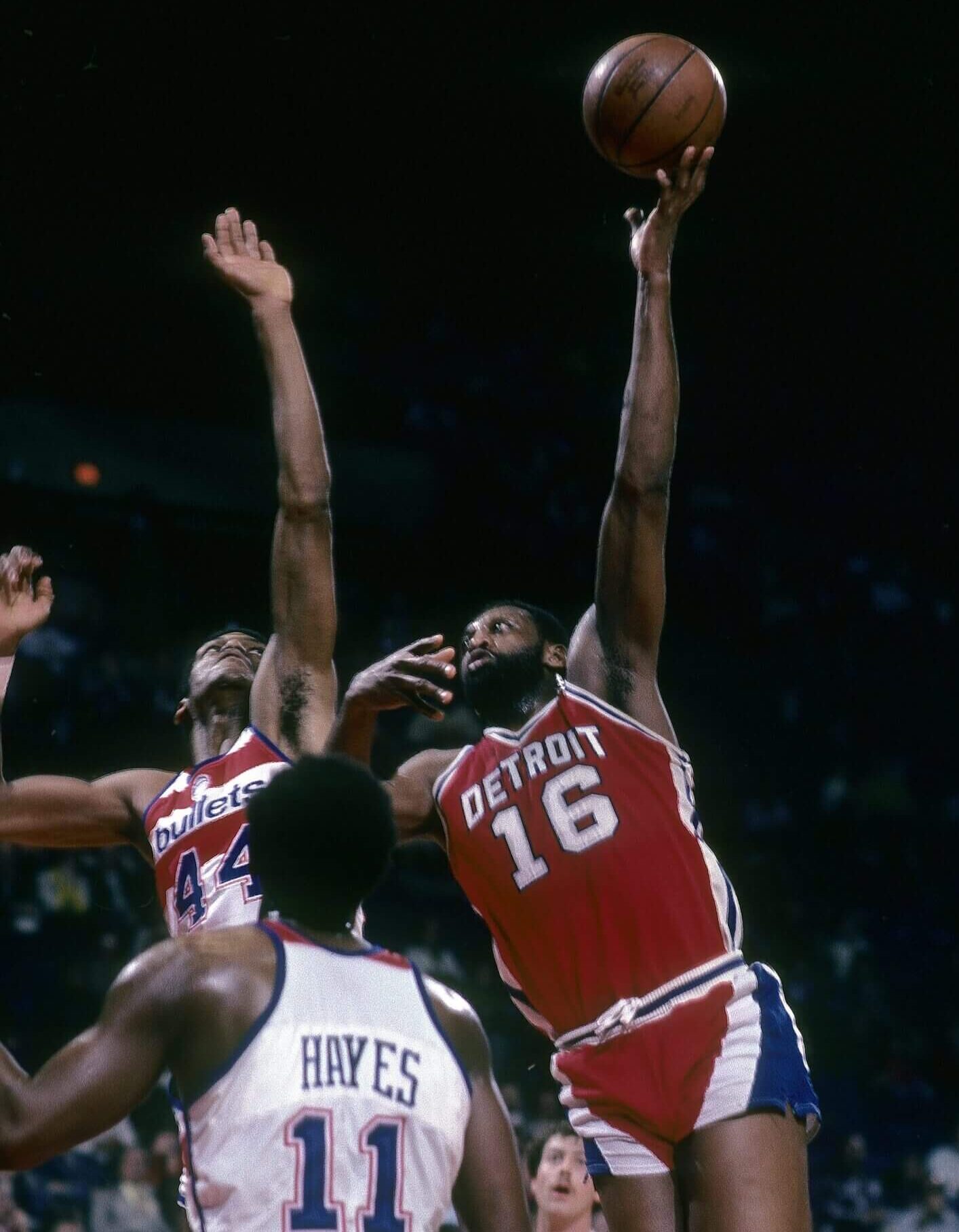 Bob Lanier, who was a left-handed big man and one of NBA’s top players of the 1970s, died Tuesday. He was 73. (Focus on Sport / Getty Images)

One of Lanier’s biggest regrets, however, was never bringing a championship to Detroit during his tenure.

“As an athlete, you’re judged by that. You’re judged by the rings,” Lanier said in 2012. “So many of us have not gotten them. Some people make it happen, and some people like me didn’t make it happen. You’re the best player, you’ve got to take that weight. I can look in the mirror every day of my life and say I gave it my all. I understand that. I don’t ever have to look in that mirror and say, ‘You know what? You didn’t do it that day.’ I gave it my all, all the time.”

Lanier was traded to Milwaukee in February 1980 and helped the Bucks — then in its final season competing in the Western Conference — to a trip to the conference semifinals. He averaged 13.5 points, 5.9 rebounds and 2.7 assists in the 4 1/2 seasons with Milwaukee and was named to the 1982 NBA All-Star Game.

The Bucks advanced to the Eastern Conference finals twice with Lanier in the lineup. He ultimately retired in 1984 after battling multiple knee injuries. The Bucks retired his jersey in 1984; the Pistons followed suit nine years later. He was inducted into the Naismith Basketball Hall of Fame in 1992.

“Bob Lanier, one of the best people I’ve ever met in my life,” Charles Barkley said on the April 25 episode of “Inside the NBA” on TNT. “A great, great player, but just a great man.”

Dick Vitale once told the Detroit Free Press: “If every player had a Bob Lanier attitude, it would be easy for a coach to function.”

The No. 1 overall pick in the 1970 NBA Draft, Lanier was a consensus first-team All-American at St. Bonaventure (he has his No. 31 jersey retired there, as well). He was inducted into the College Basketball Hall of Fame in 2006.

Lanier was considered a snub by some on the NBA 75. In an Oct. 22, 2021, episode of ESPN’s “Pardon The Interruption,” Tony Kornheiser weighed in on the NBA’s top-75 list of players. Lists like these are always tough, but Kornheiser was adamant about including Lanier.

“I have paid attention to this league for 65 years. I would never put a list out that didn’t have Bob Lanier and Bernard King,” Kornheiser said. “I think that they were all-time great players. Bob Lanier was a great center in an era of great centers. … Every playoff game the Detroit Pistons made was because of Bob Lanier when he was on that team.”

Following his playing days, Lanier became a businessman who launched his own promotional marketing company. He also was active as a chairman and spokesperson for the NBA’s Stay In School program, as well as a global ambassador for NBA Cares. 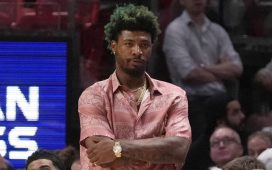 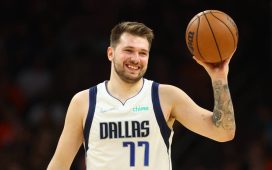 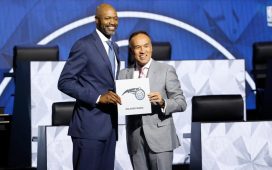 Inside the NBA Draft Lottery: How the Magic added to Shaq, Penny and Dwight 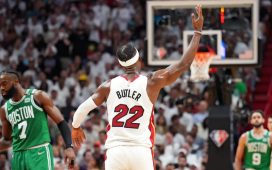 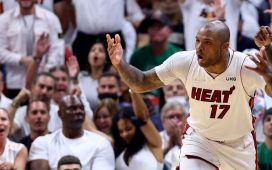 The Stats Are Hiding a Secret About the Miami Heat’s P.J. Tucker 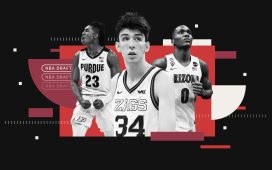 Hollinger: My top 20 players for the 2022 NBA Draft, plus three sleeper shooting guards 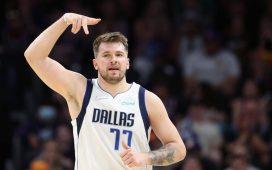 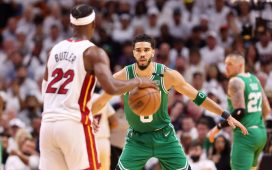 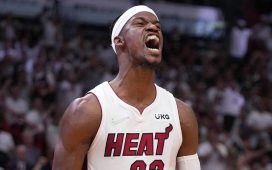