Texas Right to Life President John Seago said he is “absolutely opposed” to the idea of an abortion clinic off the coast of his state, an idea pitched by a California doctor to allow access for an area otherwise surrounded by states with restrictive laws.

“If you have nonprofits that are aiding and abetting or furnishing the means of an abortion, even though the major action is done outside of our jurisdiction, we will be encouraging the attorney general and other public prosecutors to take those seriously,” Seago said.

The attorneys general from Florida, Mississippi and Texas did not respond to requests for comment.

And helping facilitate an offshore abortion could be criminalized in Texas, “even if the state has no power to regulate the abortion provider directly,” Michael Sturley, a maritime law professor at the University of Texas, said.

“I wouldn’t be surprised if… an effort were made to criminalize leaving the state, whether it be to a more progressive state or to an offshore facility, to get an abortion,” Sturley said.

Still, abortion-rights advocates are pushing forward, and appear to have found legal workarounds that, for now, are stymying anti-abortion rights groups.

Elevated Access, which seeks to transport abortion patients and people in need of gender-affirming care out of states with restrictive laws, went live this spring. It has only transported one patient but has recruited 800 interested pilots, according to the organization’s executive director, Mike, who declined to give his last name because he fears he may become a target of physical or verbal abuse.

Mike said there are legal loopholes that protect his initiative and volunteer pilots. While he declined to specify what they might be for fear of an abortion opponent closing them, he informs interested pilots of any “gray areas” and potential legal issues – “so they can make their own sort of risk assessment, just like they would assess the risk from weather.”

A spokesperson for the National Right to Life Committee opposes Elevated Access, while acknowledging it’s “of course, legal for people to fly between states and for others to pay for the trip.”

“It is fair to ask if Elevated Access will also fly needy cancer patients to out of state facilities that provide advanced cancer care or if they will fly needy children to specialty children’s hospitals,” the spokesperson added. “Undoubtedly, the answer is no.”

In launching his project, Mike spoke with Air Care Alliance, a larger organization that provides volunteer pilots for medical treatment and other emergency flights, he said. But he decided to form his own organization because he believes pilots tend to be politically conservative, and those helping cancer patients wouldn’t necessarily be apt to sign on to his idea.

Alison Dreith, director of strategic partnerships at Midwest Access Coalition, helped coordinate Elevated Access’s first flight: a woman traveling from Oklahoma, which passed a new law restricting abortion access in May, needed a ride to a clinic in Kansas. Dreith said the process was in some ways more anonymous than going through commercial airport security, because the patient was shepherded by a pilot directly to a private plane.

“Watching the radar and just seeing all the little dots on the screen… when our client was in the air – nobody knows who has an abortion appointment, who has a client on their plane,” Dreith said. “It’s just thousands of tiny little dots in the air.”

An anti-abortion advocate in the bordering state of Utah said there’s “not a lot that we can do about [the clinic].”

“It takes up our entire bandwidth dealing with what’s going on in our state,” Pro-Life Utah President Mary Taylor said. Instead, Taylor’s organization will likely continue to focus on public messaging about the risks of medication abortion.

Americans United for Life general counsel Steven Aden said the anti-abortion movement would generally be “ill advised” to challenge attempt to alter the right to interstate travel in response to abortion access projects across states.

Just the Pill has not confirmed where it has stationed the clinic, but patients in “various states neighboring Colorado” have sought care, a spokesperson said.

The abortion provider had seen around 50 patients in their first mobile clinic as of the end of last week, the spokesperson said. They plan to open a second mobile clinic in Colorado later this summer, according to Julie Amaon, a family medicine doctor and director of Just the Pill.

Meg Autry, the obstetrician-gynecologist trying to open an abortion clinic in the Gulf of Mexico, is aiming to raise $20 million to purchase and retrofit a vessel, potentially a cruise ship or luxury yacht, she said. The clinic could take patients as soon as 2023, by her own “optimistic” estimate.

“We are a country that has innovative, creative people that will work hard to do what’s right,” Autry said. “The people that are making access are going to really help the people who need it most.”

Autry has worked with The Lawyering Project, which seeks to broaden abortion access, in launching her idea.

“It’s perfectly legal to provide abortion services on the ocean, and that’s because abortion is almost uniformly regulated at the state level,” Amanda Allen, executive director of The Lawyering Project, said.

More broadly, people have a constitutional right to give others truthful information about their options, and to cross state lines, said Andrew Koppelman, a law professor at Northwestern University. Koppelman has argued in law review articles that abortion should be understood as protected under the 13th Amendment, which abolished slavery.

“What you’re basically seeing now is the functional equivalent of the old pre-Civil War Underground Railroad,” he said.

But unlike America under the Fugitive Slave Act, “her home state can’t stop her. And the state she runs to has no obligation to return her. And that is enormously frustrating to opponents of abortion.”

However, Koppelman added, “This court is clearly sympathetic to those folks. And we’re going to have to find out how sympathetic they are.” 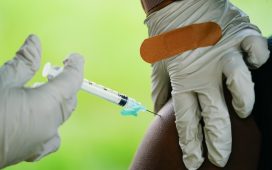 Biden's Operation Warp Speed revival stumbles out of the gate 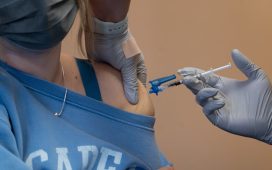 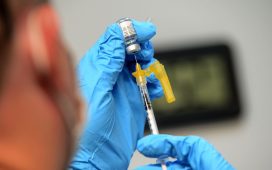 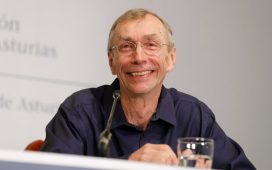 At Long Last, Can Malaria Be Eradicated? 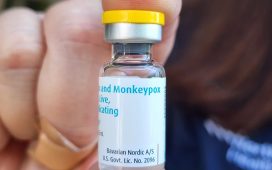 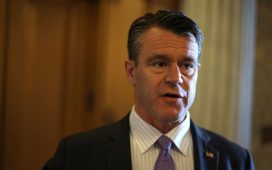 The war against superbugs caught in congressional quagmire

Her Face Started Drooping. What Was Wrong?