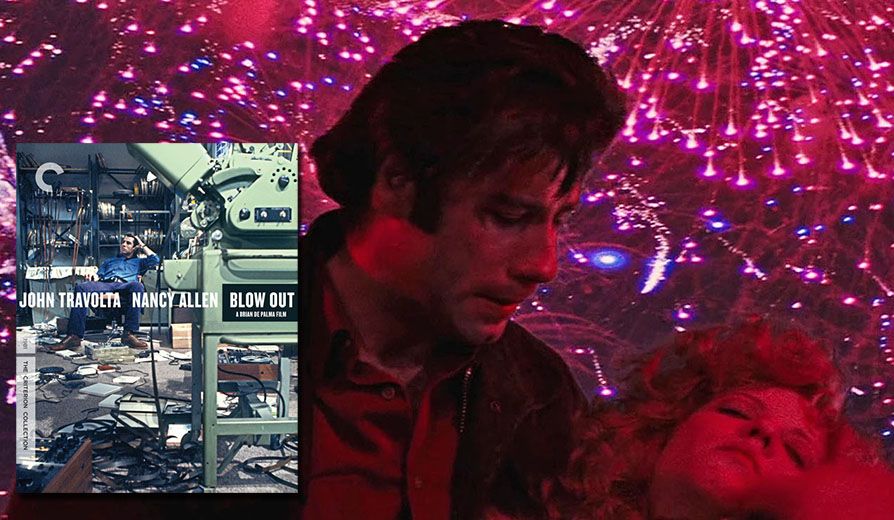 The action focuses on exploitation movie sound-effects designer Jack Terry (John Travolta) capturing audio one night while then watching a car plunge off a bridge into a river.

Jack saves discrete escort Sally Bedina (Nancy Allen) trapped in the car, but the male driver dies. Jack gets pressured by an official and the police to forget the incident when it’s revealed that the driver was a governor and leading presidential contender.

However, he listens to the audio captured that night and hears a gunshot before the crash and exposes a much more sinister crime potentially tied to the highest levels of government.

Mr. De Palma does a masterful job of building suspense throughout while adding a pinch of familiar political conspiracy theory to the events, but he ultimately delivers a slightly vague and sobering conclusion to Jack’s adventure.

All now shine with the 4K, 16-bit restoration using the original camera negative, approved by the director, and based on the previously released 2K restoration by Criterion back in 2011.

Film fans will appreciate an image as simple as a shiny pencil or inspecting vintage sound equipment as well as viewing some great shots of Philadelphia’s City Hall exterior and interiors of the 30th Street Station. An especially stunning moment can be seen when Jack hugs Sally in front of a massive fireworks display.

Best extras: All digital bonus content is found on the Blu-ray version of the film, and all culled from the 2011 Criterion release.

Start with a generous hourlong intimate interview with the famed director conducted by filmmaker Noah Baumbach across a small circular table in a room in New York City back in 2010. The interview covers much of the “Blow Out” production including the famous spinning camera shot as well as themes in his films and highlights of his career.

Follow the segment with a 25-minute, 2011 interview with Ms. Allen in Los Angeles, as she offers an overview of her casting, working with Mr. Travolta and a deeper take on her character that she portrays as a ditzy blonde.

Equally interesting is a 15-minute interview with the inventor of the Steadicam, Garrett Brown. He demonstrates his creation and explains his camera work that was used in the beginning slasher movie scene in “Blow Out.”

Also thrown in, as what I would call “above and beyond the call of duty,” is Mr. De Palma’s rare, first full-length movie from 1968 called “Murder a la Mod.”

Made with 16mm film stock (1.35:1 aspect ratio), the 80-minute, black-and-white, avant-garde murder mystery follows the events of three individuals caught up in solving or committing the homicide of a fashion model. The bizarre movie has its own trippy theme song and a scene from it even appears on a television screen in “Blow Out.”

The packaging includes a 36-page color booklet featuring a reproduction of the faux-magazine expose from the photographer that caught the crash on film highlighting each image by frame; Pauline Kael’s July 17, 1981, “New Yorker” review of the film; and an essay by critic Michael Sragow.