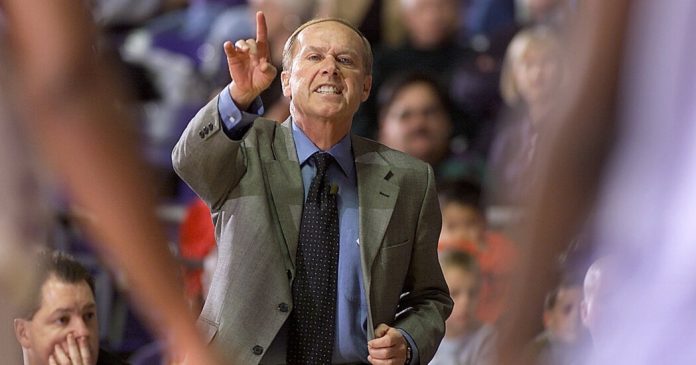 Billy Tubbs, the colorful coach who brought Oklahoma basketball to prominence in the 1980s with a high-octane system known as Billy Ball, died on Sunday in Norman, Okla., the home of the university’s main campus. He was 85.

He had been treated for leukemia since 2015, his family said in a statement announcing his death.

Tubbs took over a struggling Oklahoma program in 1980. Before he arrived, the Sooners had reached the N.C.A.A. tournament just once over 32 seasons as a member of the now-dissolved Big Eight conference and held a combined winning percentage of .471 from 1950 to 1980. (For most of those years, only the Big Eight champion went to the tournament.)

His fast-paced offenses and relentless full-court pressure defenses, christened Billy Ball, led to lots of scoring, excitement and wins. (In one three-season run, the Sooners averaged more than 100 points per game.)

“Some people call it run and gun or run and shoot,” Tubbs was quoted as saying, before adding. “I hope it’s run and score.”

Perhaps Tubbs’s most famous moment came on Feb. 9, 1989. His Sooners fell behind Missouri early, and fans who disagreed with a traveling call against Blaylock had thrown debris on the court. The public-address announcer told the crowd that the Sooners could be assessed a technical foul if the activity continued. Tubbs then took the microphone.

“The referees,” he said, “request that regardless of how terrible the officiating is, do not throw stuff on the floor.”

He earned a technical and a standing ovation from the home crowd. (Oklahoma rallied for a 112-105 win.)

Billy Duaine Tubbs was born on March 5, 1935, in St. Louis to Oscar and Bessie (Marchbanks) Tubbs and grew up in Tulsa, Okla. He was a three-year basketball letterman at Tulsa Central High School. Both parents died before he graduated, in 1953.

Tubbs’s college years were spent entirely in Texas. He attended Lon Morris Junior College in Jacksonville, where he led the Bearcats to the National Junior College semifinals in 1955, then earned a bachelor’s degree in physical education at what is now Lamar University in Beaumont. He received a master of education degree at Stephen F. Austin State University in Nacogdoches.

Early in his career, Tubbs was an assistant coach at Lamar and then North Texas State before being named head coach at Southwestern University, north of Austin. He had two head-coaching stints at Lamar — 1976-80 and 2003-6 — and was Southland Conference coach of the year in 1978 and 1980. He led the Cardinals to their first two N.C.A.A. tournaments, reaching the Sweet 16 in 1980.

Tubbs was Lamar’s athletic director from 2002 to 2011, the year the university dedicated the basketball floor at the Montagne Event Center as Billy & Pat Tubbs Court, named in honor of him and his wife.

He also coached at Texas Christian University in Fort Worth, from 1995 to 2002, and led its previously struggling program to the N.C.A.A. tournament in 1998.

In recent years he would attend Oklahoma basketball games at the Lloyd Noble Center and go to the media room at halftime to chat with reporters. The night before he died, he wore a “Cheer Like a Champion” shirt while watching the Sooners football team beat Texas Tech on television.

“He was a fierce competitor in everything he faced, and that was never more evident than in his final days,” his family said.

He is survived by his wife, Patricia (Ousley) Tubbs, whom he married in 1958; a son, Tommy, who played two seasons at point guard for his father at Oklahoma in the mid-1980s; a daughter, Taylor McDaniel; a brother, M.W. Tubbs; and eight grandchildren.

Tubbs came to lament that his relentless, fast-paced style of play is scarcely seen in college ball nowadays.

“I think what we have right now is a lot of slow basketball games,” he told the newspaper The Oklahoman in 2019. “Some of them are painful to watch.”

Today’s game, he said, “is all about dribbling — have you noticed?”

He added: “They ought to count the number of dribbles and who’s leading the nation in dribbling. It’s just slowed the game down.” 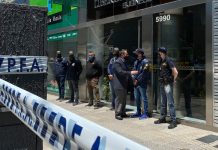 Offices of Diego Maradona’s Doctor Raided Over His Death 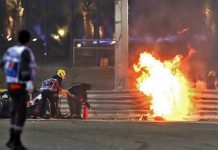 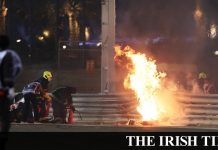 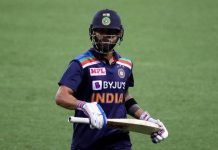 Australia vs India | We were completely outplayed: Virat Kohli blames it on ineffective bowling 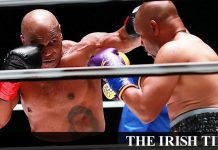 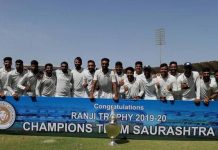 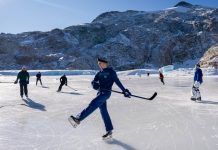 For a Day, the N.H.L. Arena Moved to the Mountains