Biden’s suggestion of summit with Xi falls on deaf ears

Sign up to myFT Daily Digest to be the first to know about US-China relations news.

Joe Biden suggested he hold a face-to-face summit with Chinese president Xi Jinping during a 90-minute call last week but failed to secure an agreement from his counterpart, leading some US officials to conclude that Beijing is continuing to play hardball with Washington.

The US president proposed to Xi that the leaders hold the summit in an effort to break an impasse in US-China relations, but multiple people briefed on the call said the Chinese leader did not take him up on the offer and instead insisted Washington adopt a less strident tone towards Beijing.

The White House had portrayed the call — which took place at Biden’s request seven months after their first telephone conversation — as a chance to test if Xi was willing to engage seriously after several diplomatic meetings between US and Chinese officials garnered little progress.

Five people briefed on the call said that while Xi had used less abrasive language than his top diplomats had done this year, his overall message to Biden was that the US must tone down its rhetoric.

Biden has taken a harsh line on China, criticising its treatment of the Uyghurs in Xinjiang, its crackdown on the pro-democracy movement in Hong Kong and its military activity around Taiwan. Beijing has responded by accusing the Biden administration of interfering in China’s core strategic interests.

A sixth person familiar with the situation said Biden had floated the summit as one of several possibilities for follow-on engagement with Xi, and that the US president had not expected an immediate response.

One US official briefed on the conversation said that while Xi did not engage with the idea of a summit, the White House believed this was partly due to concerns about Covid-19. Xi has not left China since he went to Myanmar in early 2020 before the outbreak of the pandemic.

The US had considered the G20 gathering in Italy in October for a possible summit, but Chinese media have suggested that Xi may not attend. He will also not attend the Shanghai Co-operation Organisation meeting this week in Tajikistan, where China, Russia, India, Pakistan and central Asian countries will discuss Afghanistan.

Another person familiar with the Biden-Xi call said it was conceivable that the Chinese president just did not want to commit at this particular point in time. A different person said it was possible that the two sides could agree to a video call — a step up from a phone call — around the time of the G20. But three people said the US was disappointed with Xi’s apparent lack of interest in a summit.

The White House declined to comment before publication of this article but Jake Sullivan, US national security adviser, later said the account of the Biden-Xi call was not accurate.

“This is not an accurate portrayal of the call. Period,” Sullivan said in a statement. “As we’ve said, the presidents discussed the importance of being able to have private discussions between the two leaders, and we’re going to respect that.”

Chinese accounts of the call emphasised that it had been initiated by Biden, and quoted Xi as saying that US policies had caused “serious difficulties”. They also noted that the US “looks forward to more discussions and co-operation” with China, in language that implied Washington was pushing harder for engagement than Beijing. 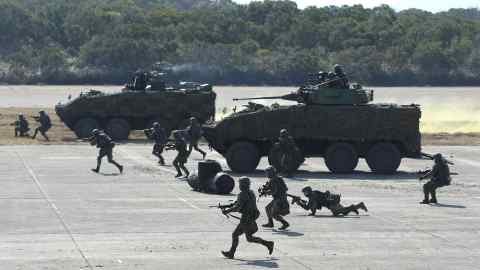 A day after the call, the Financial Times reported Biden was considering allowing Taiwan to change the name of its office in the US, from Taipei Economic and Cultural Representative Office to “Taiwan Representative Office. The report prompted an angry response from China, which fears that such a name change would bolster Taiwan’s claim to be a sovereign country.

Bonnie Glaser, a China expert at the German Marshall Fund, said it was difficult to interpret Xi’s reluctance to hold an in-person summit.

“It may be politically risky for Xi to engage with President Biden without certainty that he can get something from Biden. He may calculate that it is safer to only have interactions in this period at lower levels,” Glaser said. “But there is also the Covid factor, and we don’t know how much weight to attach to that.” 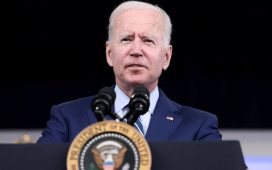 The controlled populism of Joe Biden 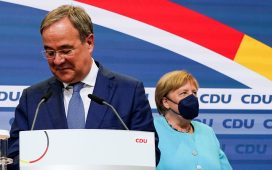 'We lost the election. Period': Pressure mounts on Merkel's conservatives after worst-ever result 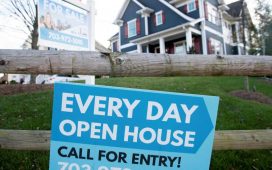 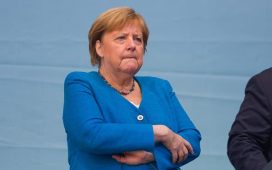 What a post-Merkel Germany could mean for Europe

Japan to end state of emergency as Covid cases plummet 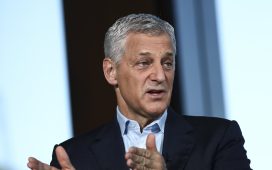 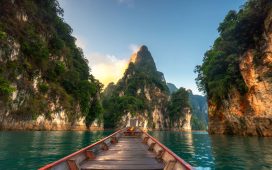 After a long wait, some of Southeast Asia's most popular islands are reopening to travelers